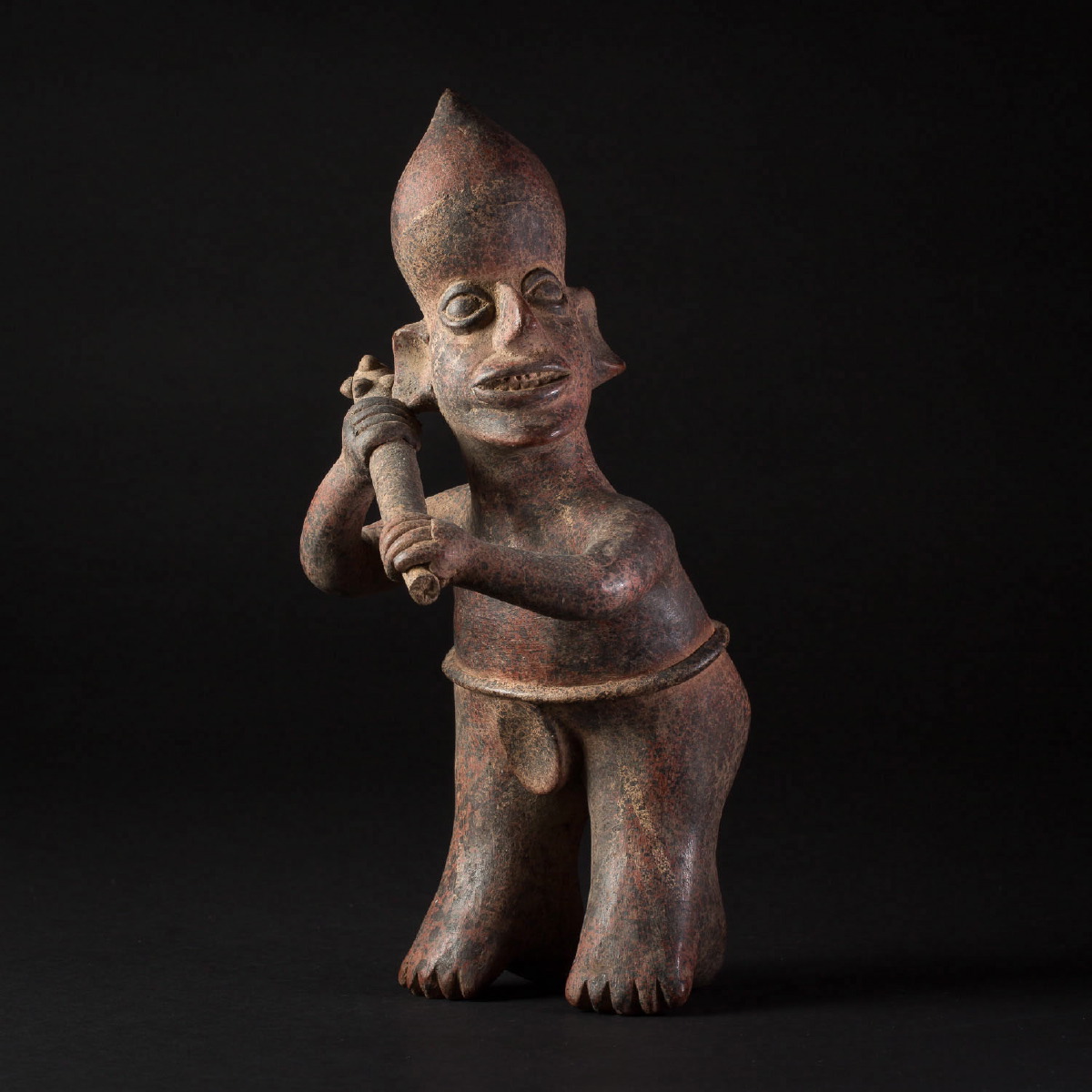 Hollow figurine modelled in brownish red terracotta, and showing visible traces of white paint on the face and body. The face is rounded with large almond shaped eyes, an angular nose and a large mouth revealing the teeth. In keeping with the fashion of this culture, the lower body is large with the figurine resting stylishly on thick legs and arched feet. The warrior is holding a club with both hands angled to the right and his hair is styled into a high domed cap finished with a horn-shaped tip over his prominent ears. He is wearing a belt with two opposite projections. Excellent state of preservation. Traces of ancient patina

Nayarit statues in Mexico are rarely so successful. Belonging to the shaft tomb culture that developed on the Northwest coast of Mexico at the end of the “pre-classical” period, this culture is known for its underground sepulchres comprising funeral chambers where objects of worship like this one were buried. Multiple tombs were situated in the same chamber, proving that families used them in the same way over time. This warrior statue is hollow and modelled in reddish-brown terracotta. The face and the body have ancient traces of ivory paint. The face is typical of this very expressive art, with its strong angular nose, generous lips revealing its teeth, and large almondshaped eyes. Following the local manner of representation, the bottom of the body is large in size, with solid legs curving backwards, reinforcing the impressive aspect of this warrior. He also wears a horn-shaped headdress above his oversized ears, and his only clothing is a simple cache-sexe covering his genitals. Archaeological studies of this culture have not found a true symbolic or religious significance in these statues. This warrior’s voluptuous appearance inspires curiosity and clearly indicates a desire to create a very impressive image. The admirable simplicity of the style is entirely devoted to highlighting the movement and power of this warrior.