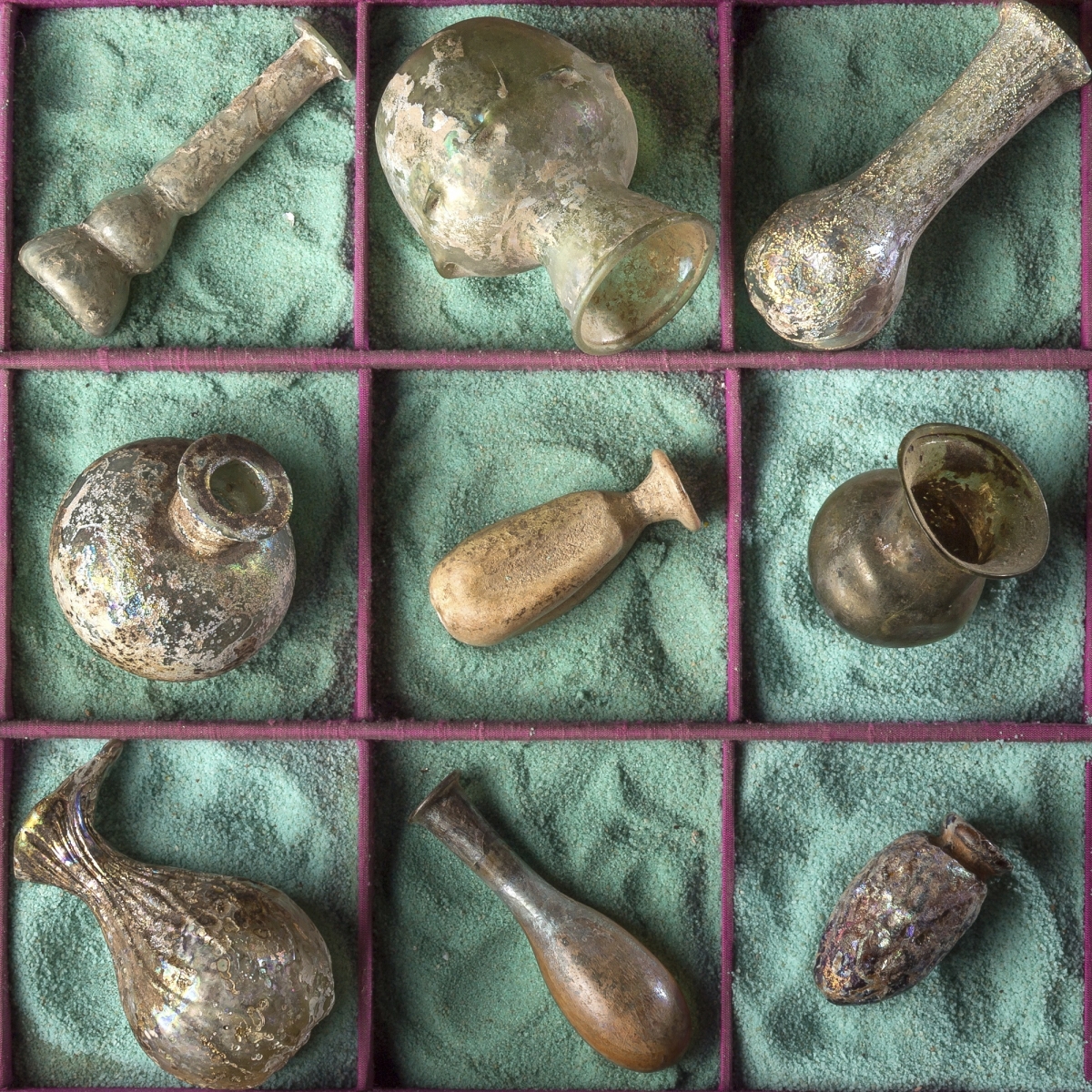 Blown glass vial with globular body and wide neck in a transparent bluish color. The material is a composite of silica and one or many alkali or metallic substances. Perfect state of preservation. Traces of limestone and iridescence due to age.