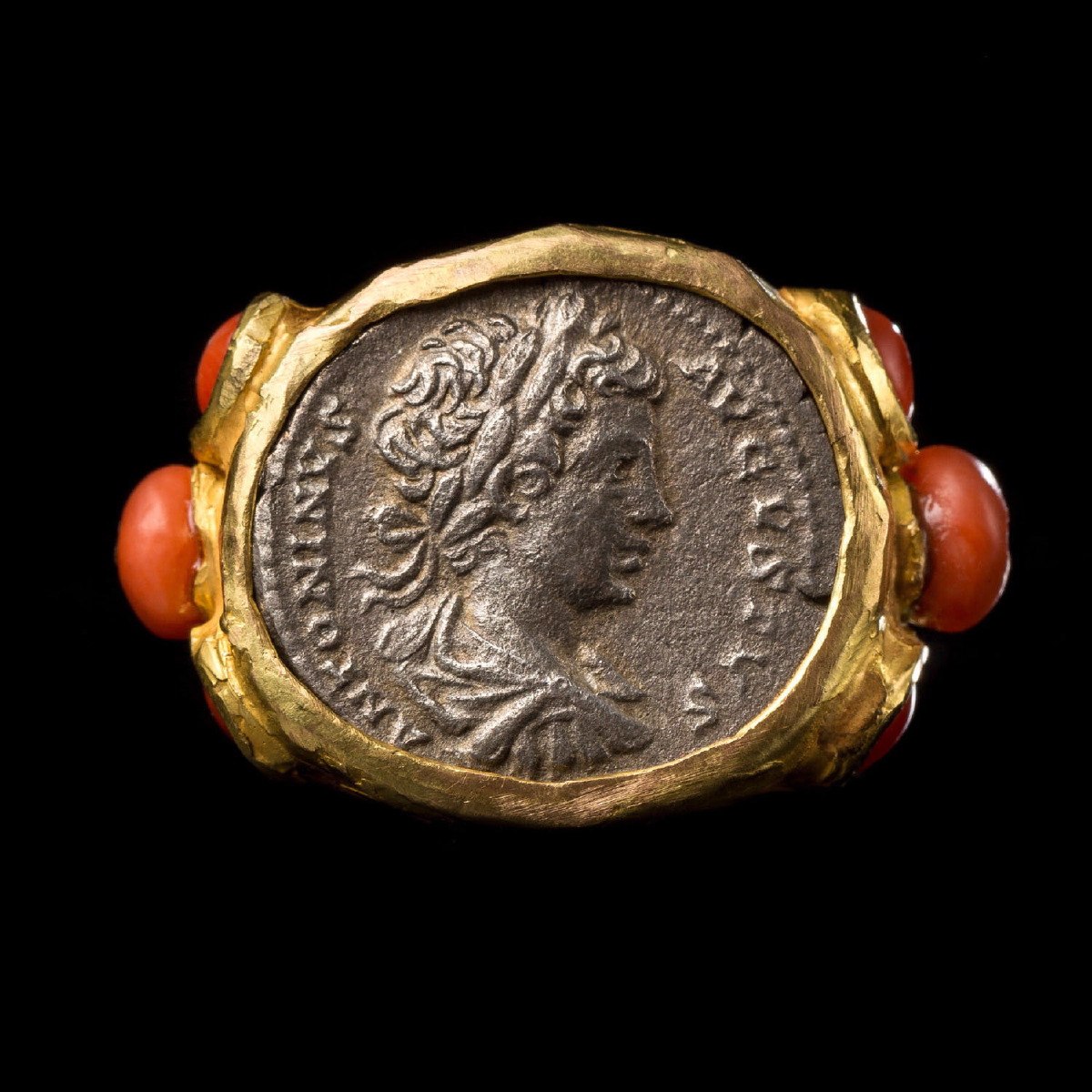 
The profile is representing Antonius Pius. He gained the honorific name “Pius” because of his devotion to duty and upstanding character. He took the usual route through Roman political offices, but he knew little of military affairs. Hadrian adopted Antonius in Ad 138 after the death of designated Aelius Caesar. Antoninus succession was unchallenged, and he introduced reforms of the acceptable treatment of slaves. He was and excellent public speaker, he ruled justly and compassionately, he engaged in no major military campaigns, and the Empire enjoyed peace during his reign.