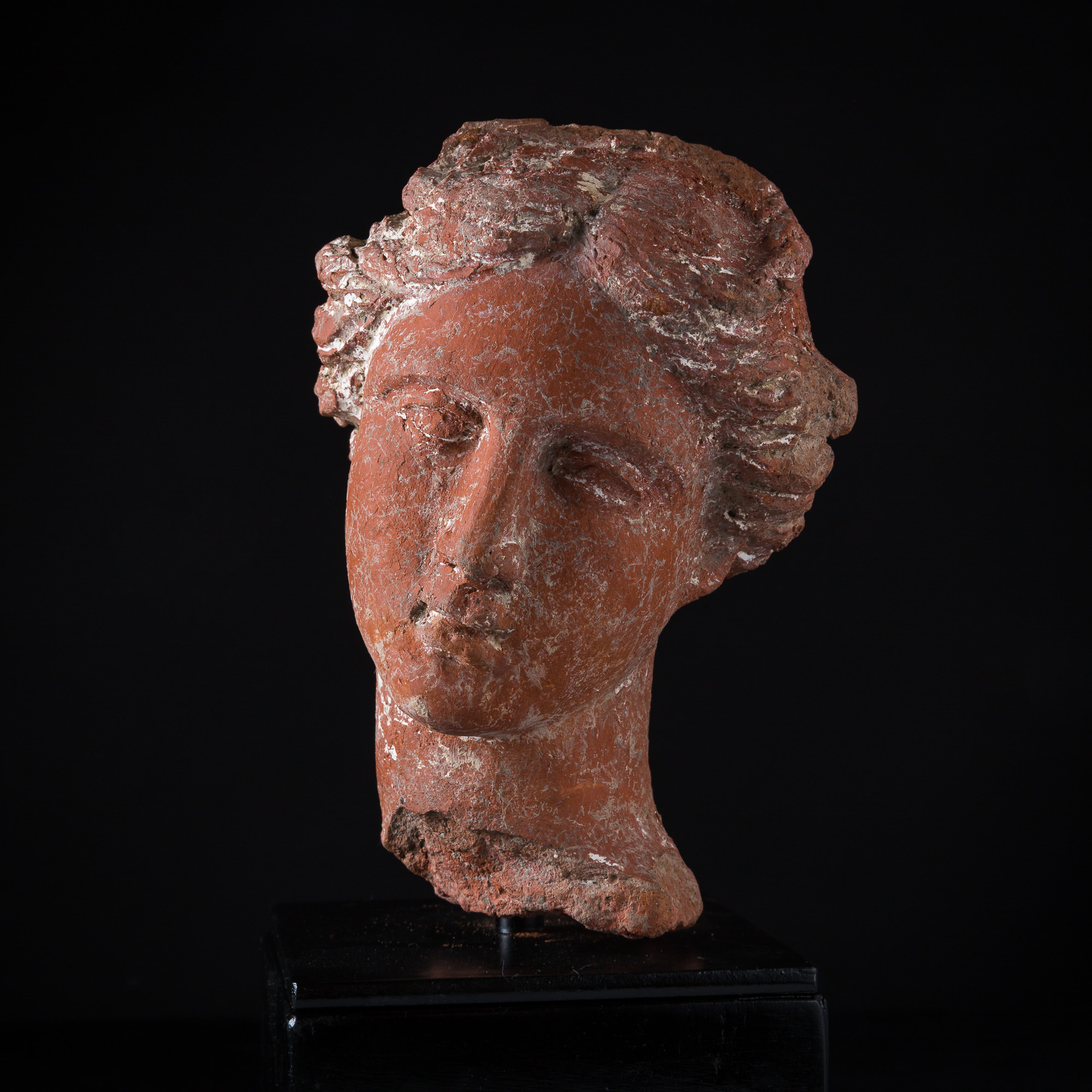 Head representing the goddess Aphrodite crafted in terracotta. The head is turned and slightly inclined to the left. The face's features are delicately modelled. The hair is detached from the face and drawn back by strands into a low chignon. Chin repaired. Fine condition.

Aphrodite, commonly associated with love, is also a very popular goddess who protects women and marriage. Her cult was particularly widespread in the Hellenistic period. In Delos, the goddess was celebrated in the temple of Apollo, during festivals called Aphrodisia. These festivals were also organised in the Hellenistic east, where her cult fused with that of Egyptian Isis and Syrian Astarte. The goddess was also worshipped in Cyprus, an island where she was supposed to have been born from the foam of the sea.