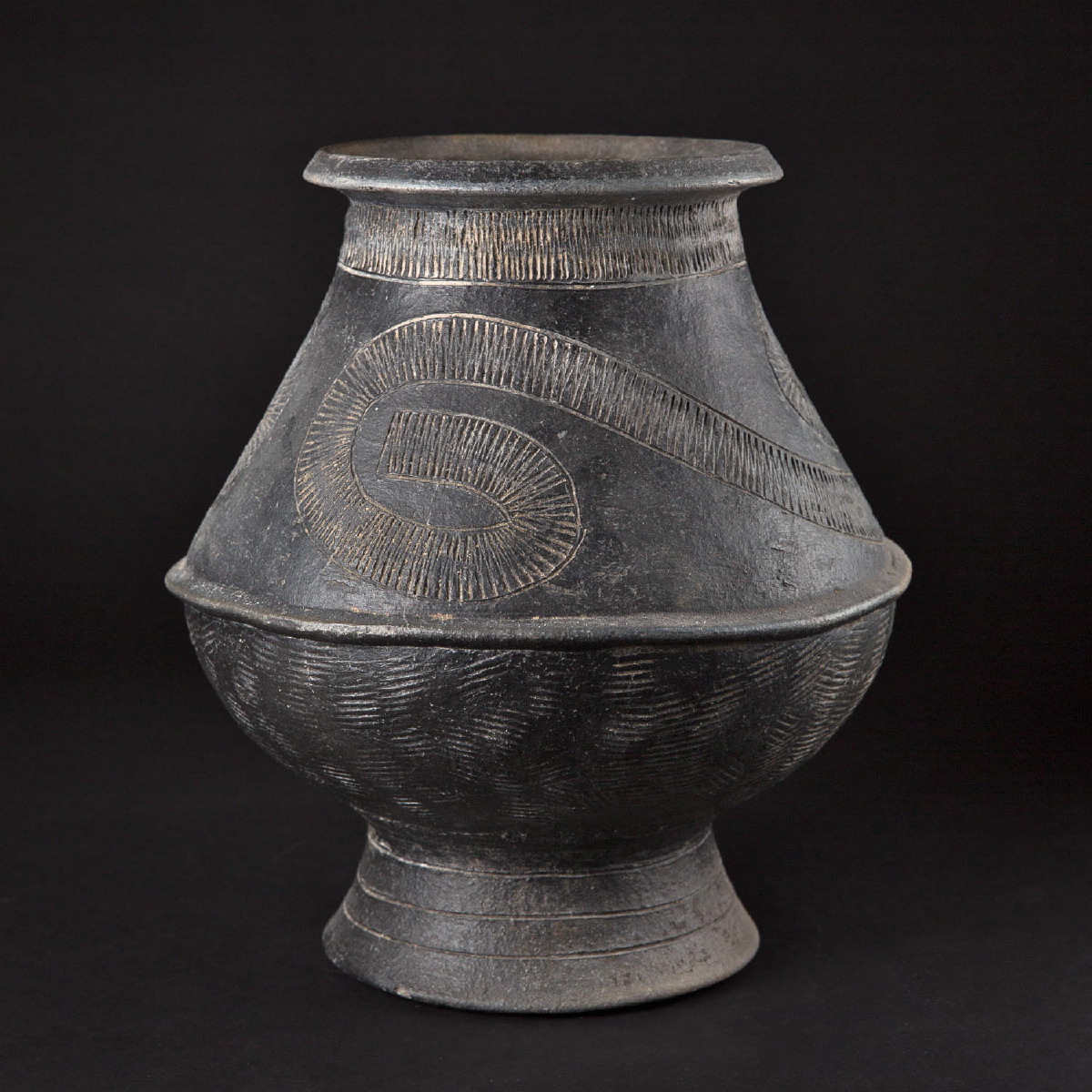 Elegant vase in black terracotta, with an ovoid shape very bellied out in the lower part, fixed on a rather tall piedouche; the dividing line of the register being composed of a bulge in relief is placed in the largest part of the belly. Neck rather wide and opened, adorned with a simple hemmed mouth. The decoration has been made with a comb creating geometrical designs displayed in wavy friezes composed of multiple chiselled lines typical of the period. The black colour is due to a reduction firing obtained by closing the oven in order to produce an important black soot, left to penetrate until the terracotta has cooled down. The colour then permeates the mass. The pure form of these potteries is typical of this culture. The piece is of a very high stylistic quality. Excellent vase in a great state of preservation.

Settled on the Korat plateau, this culture, well known for its quality bronzes and ceramics, lasted about 4000 years (from 3600 BC to AD 200). This society cultivated rice and domesticated many farm animals, dogs among others. Around 500 BC they started working iron. Archeologists attribute the black vases to the beginning of the period, while the red painted vases were produced later on. Our thermoluminescent test doesn’t confirm this assertion.