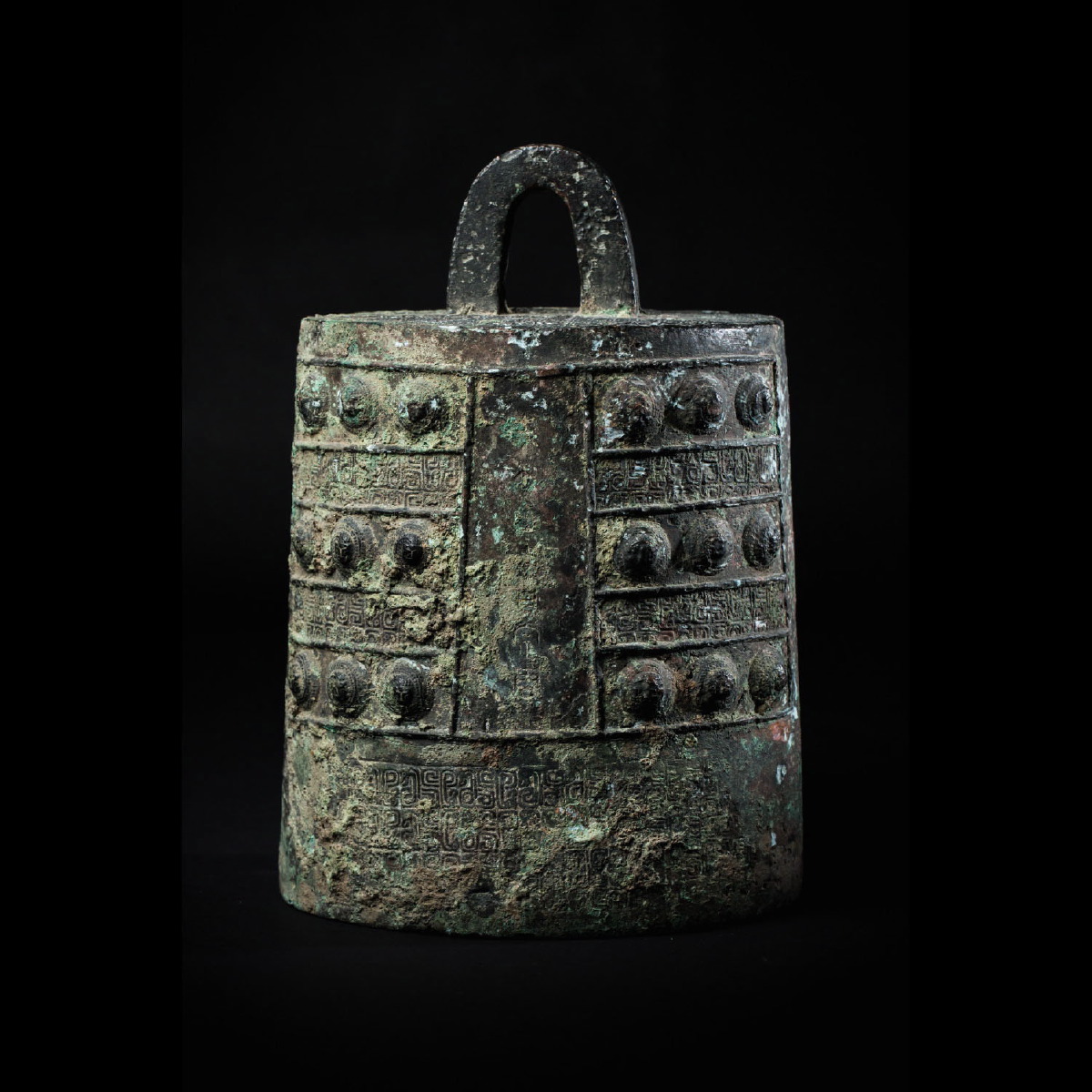 A bronze bell, called bo, made by using section-moulds. This type of casting is typical of the period and is renowned for its quality and beauty. Oval in shape, with a solid handle and decorated with three bands of protuberances alternating with archaic style meanders. To achieve a consistent decoration, craftsmen would create special pattern blocks in order to repeat them exactly. Excellent state of preservation. Presence of patina crusts and green cuprite.

These bells appeared first in Henan and Hunan and were placed in the graves of the deceased after being used during the funeral. They appeared in approximately 1200 BC as sophisticated musical instruments belonging to nobility. They were set in series of decreasing size and their elliptic form determined the quality of the sound, made up of only two notes depending on where one sounded the bell. One would bang on it with a hammer from the outside as if it was a gong. The first bells were fixed upside down on a wooden stand, and it is only later that the practice of suspending them by decreasing size began. The court of the Zhou Dynasty promulgated rituals and musical institutions embodied by bells and musical stones, suited to hierarchy. As a musical instrument of the aristocracy the bell came to display a symbolic function. A Chinese bell produces a deep, cohesive sound, while a western bell emits a loud, open sound. This bell, being of a vertical shape, produced a mellow sound.