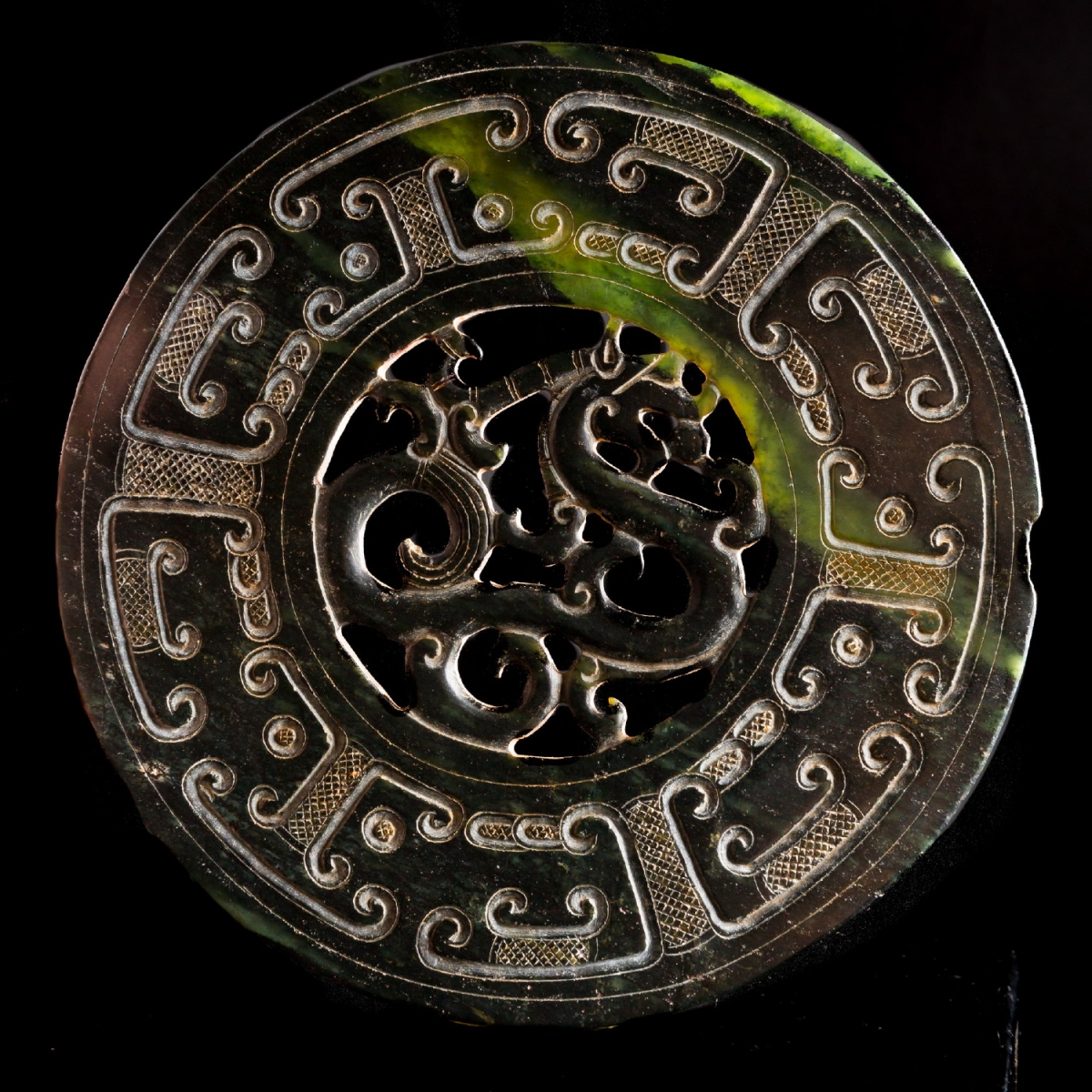 Excellent ‘bi’ disc in dark green nephrite jade. In its centre, a swirling dragon which symbolises renewal. The circle is the most important and widespread geometric symbol in the world, its shape mimicking that of the sun and the moon. The circle represents the eternal return and reveals a new beginning, which coincides with an eventual end. It is the reflection of a perpetual and never ending repetition. From a philosophical standpoint, it depicts how the beginning and end of any given path are one and the same. Both sides of the disk are decorated with cloud patterns. Small ancient imperfections are visible, however overall a beautifully perforated object.

In China the ‘bi’ disc is a symbol of the heavens. The artistry of jade came in subtle forms from neolithic cultures stretching from the mouth of the Yangtze (Liangzhu Culture) to Southeastern Mongolia. This very hard stone is cut following pure geometrical forms, often with harmoniously placed motifs and perfect finishings. The working of this material could only be done by methods of friction, abrasion and polishing. The composite material of jade, which is by nature extremely hard, was clearly chosen based on its symbolic value of purity and its association with hardness, as well as various other values unique to the Chinese culture. Cultures which followed valued jade for its attributed property of protecting the body on its journey to the world of our ancestors, eventually to sit amongst the immortals.