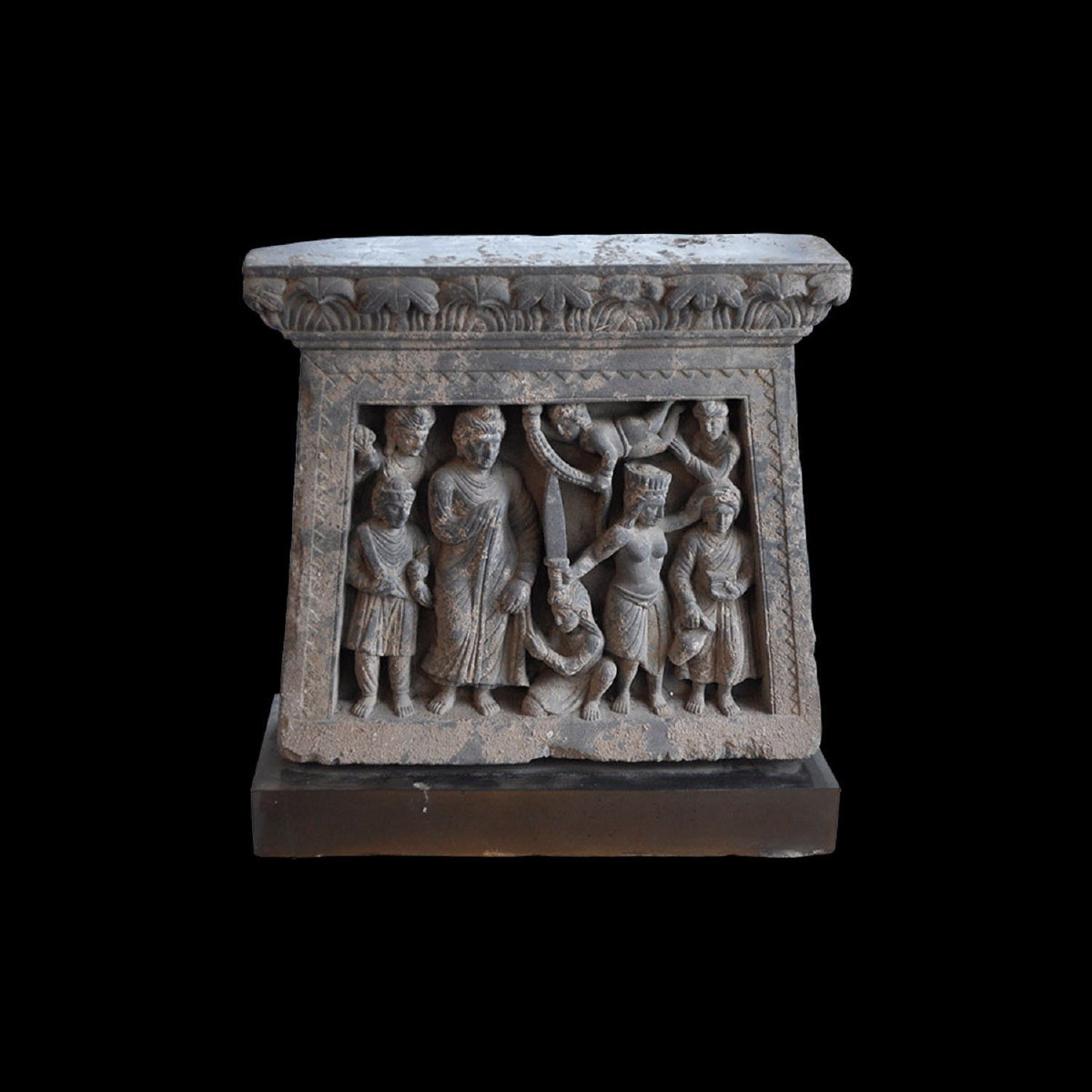 Large stupa jataka tale panel in a schist naos shaped pedestal with a frieze of acanthus leaves above. The sculpture is in bas relief and the back is flat. Around the central scene a chevron pattern surrounds the Buddha standing in monastics robes. Behind him, two figures, one carrying a sceptre and fly whisk and at the feet of the Buddha a kneeling figure. To his side stays a female holding a sword and nude from the waist up. She holds the head of a man next to her while he is wearing monastic robe and holds a box. Above are two Gandharvas, one of whom offers a wreath to the Buddha. Limescale and erosion due to age, some scraps, no visible repairs. Excellent collector’s piece.

This stele comes most probably from a temple or a stûpa: a symbolic Buddhist edifice, which can be at the same time a sacred tumulus, a tomb, a relics chapel and a shrine. In the art of Gandhâra it is often richly decorated with friezes recounting the life of Buddha. The Jataka tales refer to an enormous body of literature native to India describing the previous births of Gautama Buddha. These stories tell about the previous lives of Buddha, in both human and animal form. The future Buddha may appear in them as a king, an outcast, a god, an elephant - but, in whatever form, he exhibits some virtue that will eventually lead to a better rebirth and ultimately to him becoming the Buddha. The art of the Gandhâra, born on Indian soil and in the service of the Buddhist religion, uses iconographic elements drawn from the Buddhist repertory and artfully combines them with the sculpting techniques introduced by the Greek soldiers from Macedonia and then from Bactria who had followed Alexander the Great.