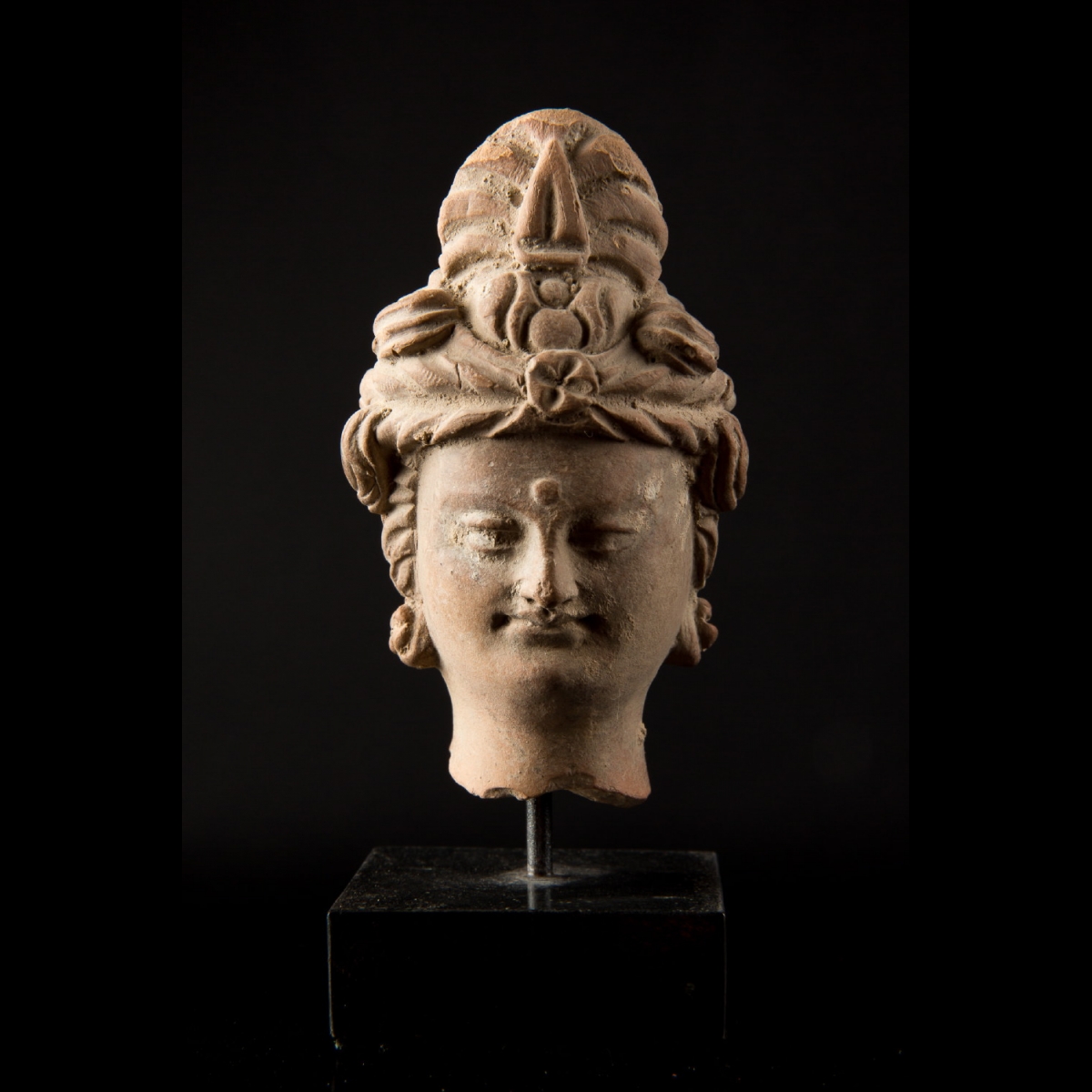 Head in a dark orange, beige coloured terracotta with excavated remains and whitish calcareous deposits. The prince is represented with a serene and smiling expression. European Aryan face, with large almond eyes, aquiline nose and a sensual mouth. The forehead is adorned with the urna and he is wearing earrings. The richly braided hairstyle is composed of a turban and jewellery, all surmounted by a typical Gandharan tuft.

The art of Gandhara, born on Indian soil and serving the Buddhist religion, appropriates iconographic elements drawn from religious repertoire and skilfully combines them with sculpting techniques imported by the Greek soldiers of Macedonia (then Bactria) who followed Alexander the Great. It was during this period that the first human images of Buddha appeared, in accordance with Greek beliefs that viewed gods as men and testified to theological evolutions revealing a new need for images of devotion as spiritual support.