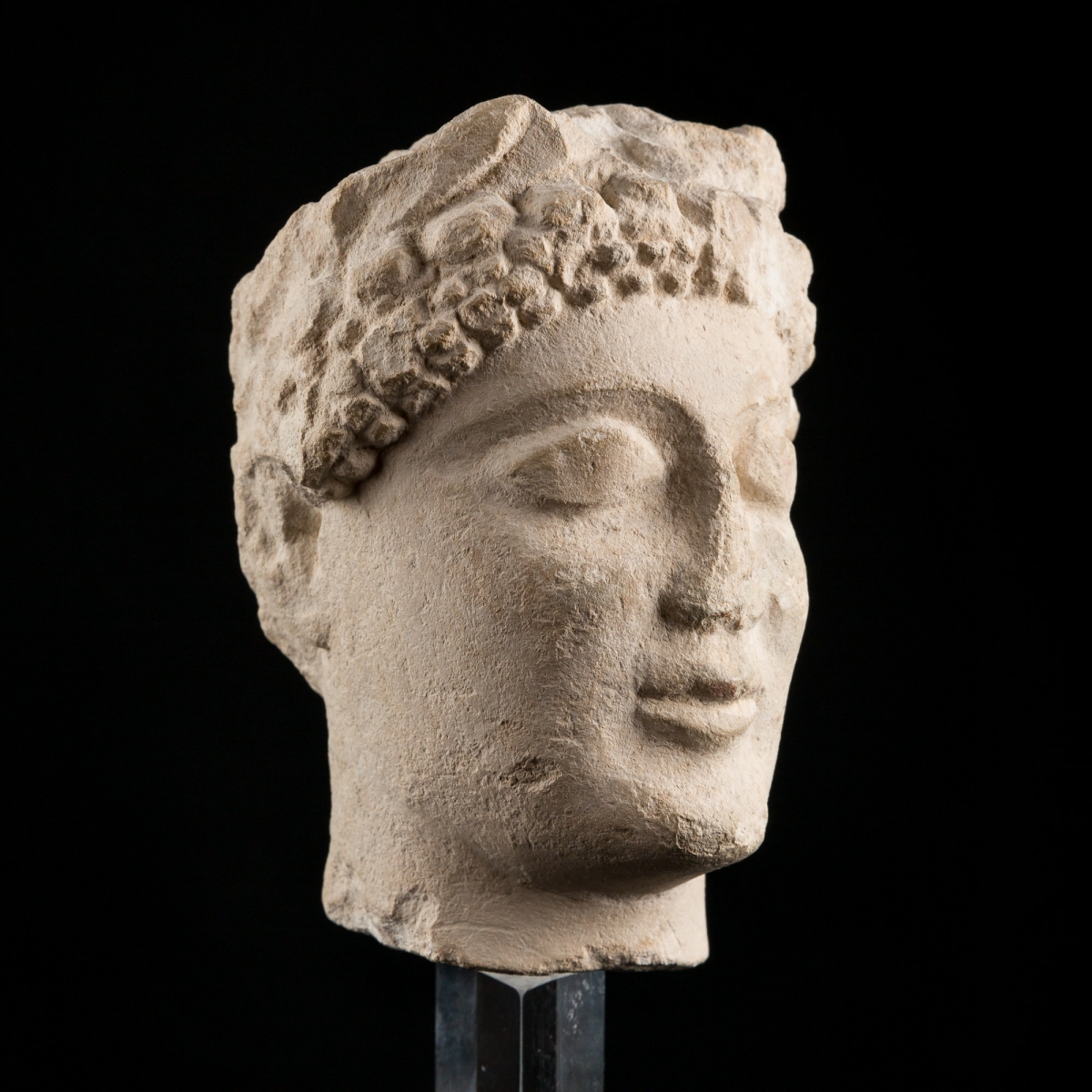 Head in white limestone, sculpted in the round. The statue is typical of the art of Cyprus. It wears an olive or laurel wreath above the curls over his forehead as a symbol of victory. There is a krobylos at the nape of the neck. Large, almond-shaped eyes in relief below gently curved eyebrows typical of the archaic style. Slightly protruding chin. Traces of colour on the left pupil and lips. Wreath, hair above forehead and face slightly wom. Part of a statuettte it was probably a votive offering.

Cyprus, a colony belonging first to Phenicia and Greece, then was under Alexander the great supremacy. The style of Chyprus statues mixes an inheritage of many different styles coming from all around Mediterranea: assirian, Egyptian and Greek. The General Luigi de Cesnola was an archeologist and diplomatic. Staying for five years in the island of Cyprus, he discovered in 1868 the necropoly of Fenicia composed of more than 8000 tombs. Many of his artefacts are now belonging to the Metropolitan Museum in New York. Italian-American solider (though his rank of General is probably fictitious), diplomat and antiquarian whose collection - mainly assembled on Cyprus between 1865 and 1876 when he served as American Consul, based in Larnaca - formed the basis of the Metropolitan Museum of Art in New York of which he was Director from 1879 down to his death in 1904. Material from his various collections arrived in the British Museum between 1871 and 1982.