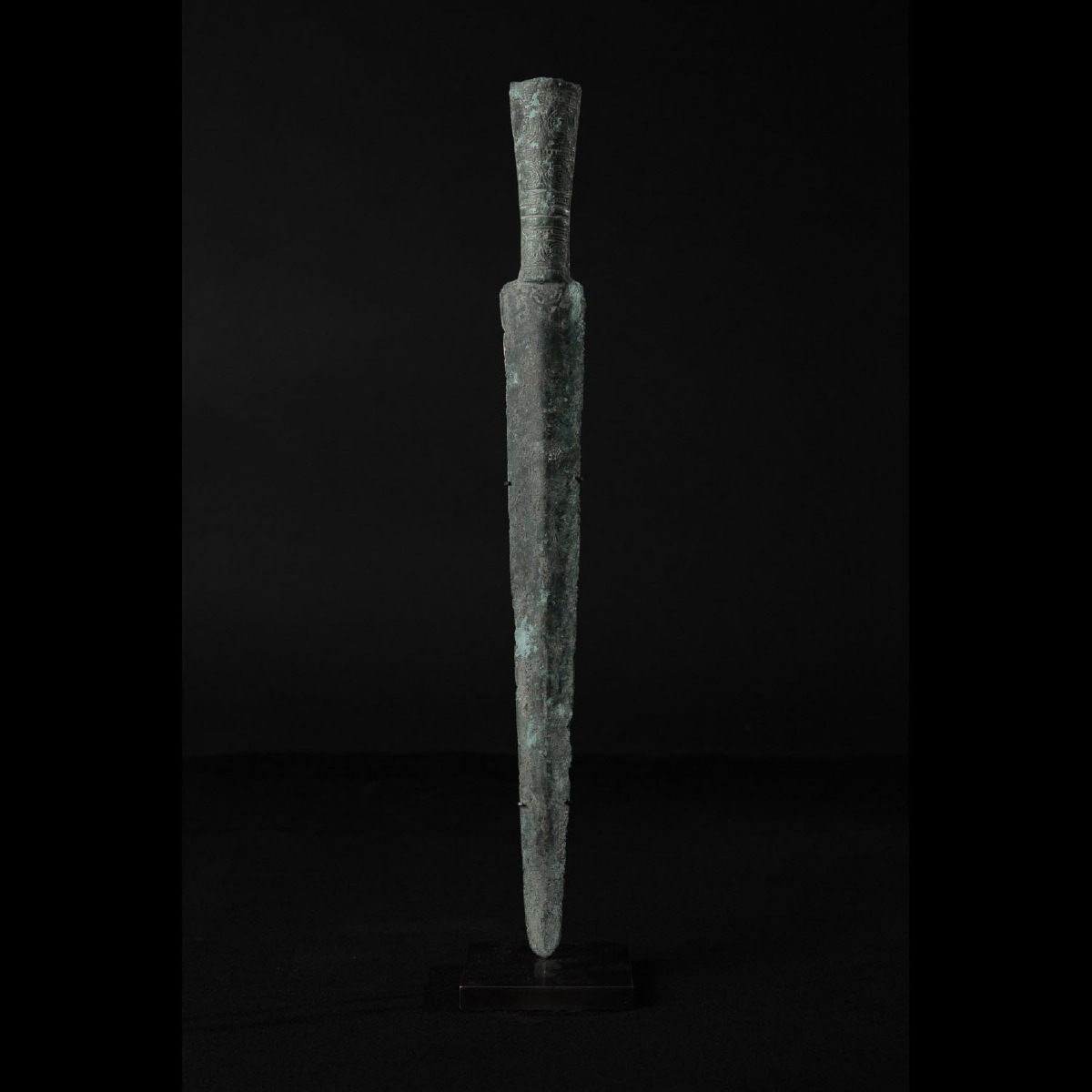 Lance in bronze with short, rounded handle decorated with a typical motif of spirals, diamond-shaped guard, blade with a jutting back and two sharp and acute edges. Found in different forms in the sepulchres of the Dong Son, it seems that these arms only served for parades and funerary rites.

The Dông Son culture, named after a village in the north of Vietnam where ruins were discovered in 1924, is a fusion of several local cultures including those of the River Ma and Ca basins. It emerged at the start of the 1st millennium BC and marked the height of the bronze civilization, known for its famous remarkably worked ritual drums. This culture also practiced slash-and-burn, irrigated rice farming, ceramics, metalwork and basketry. The Dong Son developed trade with other peoples of Southeast Asia, their artistic influence stretching over present-day Vietnam, Laos, Cambodia and Indonesia. The Dong Son society laid funerary offerings by the dead, including arms - daggers, swords, lances, arrowheads and axes - but also precious bronze vases, bracelets and drums. This very hierarchical society reserved the most precious offerings aristocracy.