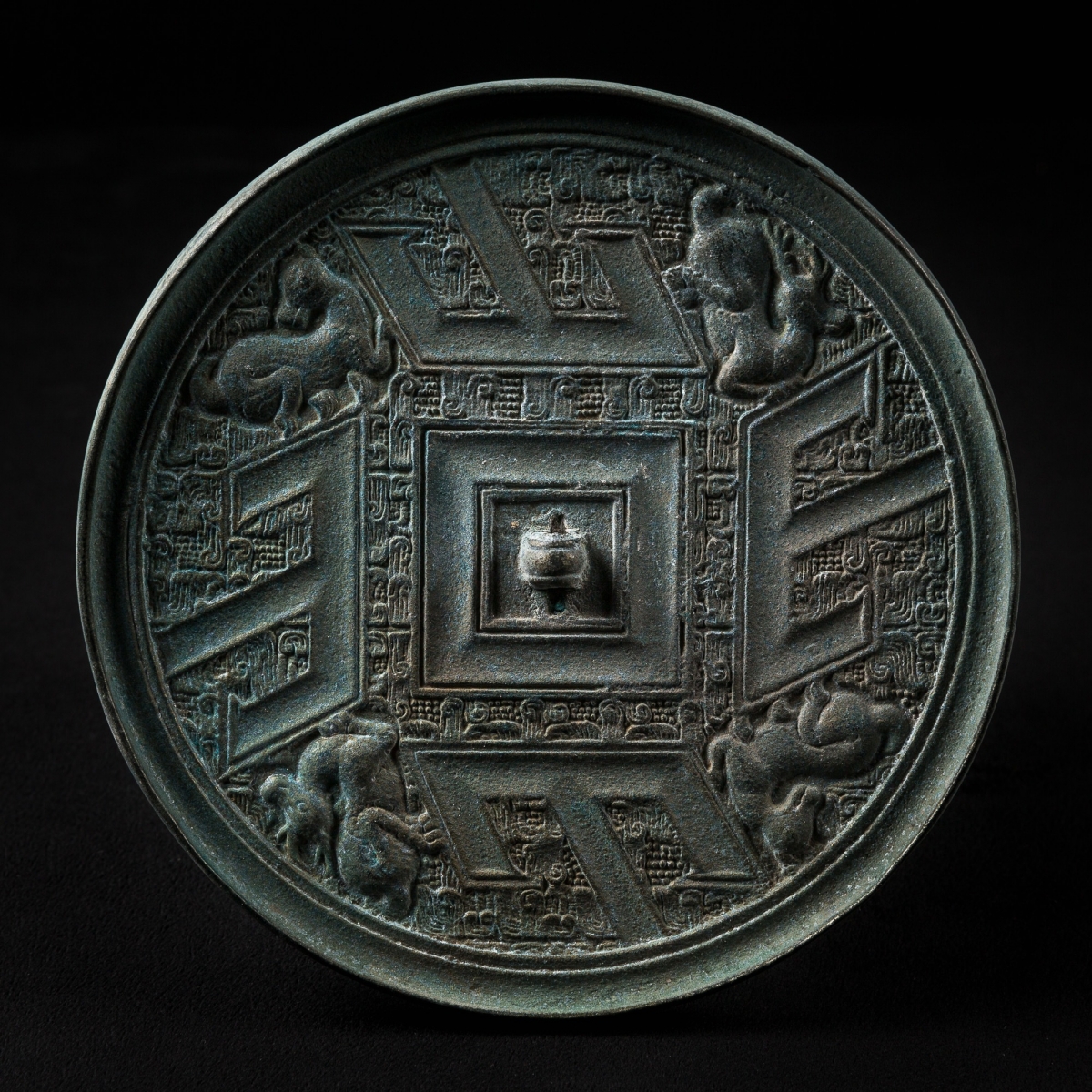 Molded bronze mirror with an interesting design in relief composed of a geometric Leiwen pattern of four motifs in a T depicting four deer. The decor is perfectly symmetrical and is surrounded by a fine ground of kooks, wings and feathers. A central preemption handle was used to hang the mirror on the wall. It is only from the period of the warrior states( 475-221 BC) that the production of bronze mirror started. Very fine dark green patina.

The central square motif is the image of the earth, a symbol associated with the number 4, and emblem of materiality, stability and accomplishment. The Shan four T-shaped motif recalls the symbolism of the astrolabe used for divination in the game Liubo, which helps to ward off bad luck. The four fantastic animals represent the guardians of the four heavenly cardinal points. TLV mirrors are circular. At their centers is a circular boss inset on a square panel. The design of TLV mirrors was certainly cosmologically significant. The V shapes served to give the inner square the appearance of being placed in the middle of a cross. This forms an illustration of the Chinese idea of the five directions – North, South, West, East and Center. The central square represents China as the ‘Middle Kingdom.’ The area in between the central square and the circle represented the Four seas. During the Han dynasty the ‘Four Seas’ represented territories outside China, and did not literally refer to water. The central square within the round mirror likely alludes to the ancient Chinese idea that heaven was round and earth was square. The Ts  represented the idea of the four inner gates of the Han place of sacrifice, or the gates of the imperial tombs. The Ls possibly symbolized the marshes and swamps beyond the ‘Four Seas,’ at the ends of the earth. The bending of the Ls could possibly have served to create a rotating effect which symbolized the four seasons, which were very closely related to the cardinal directions.