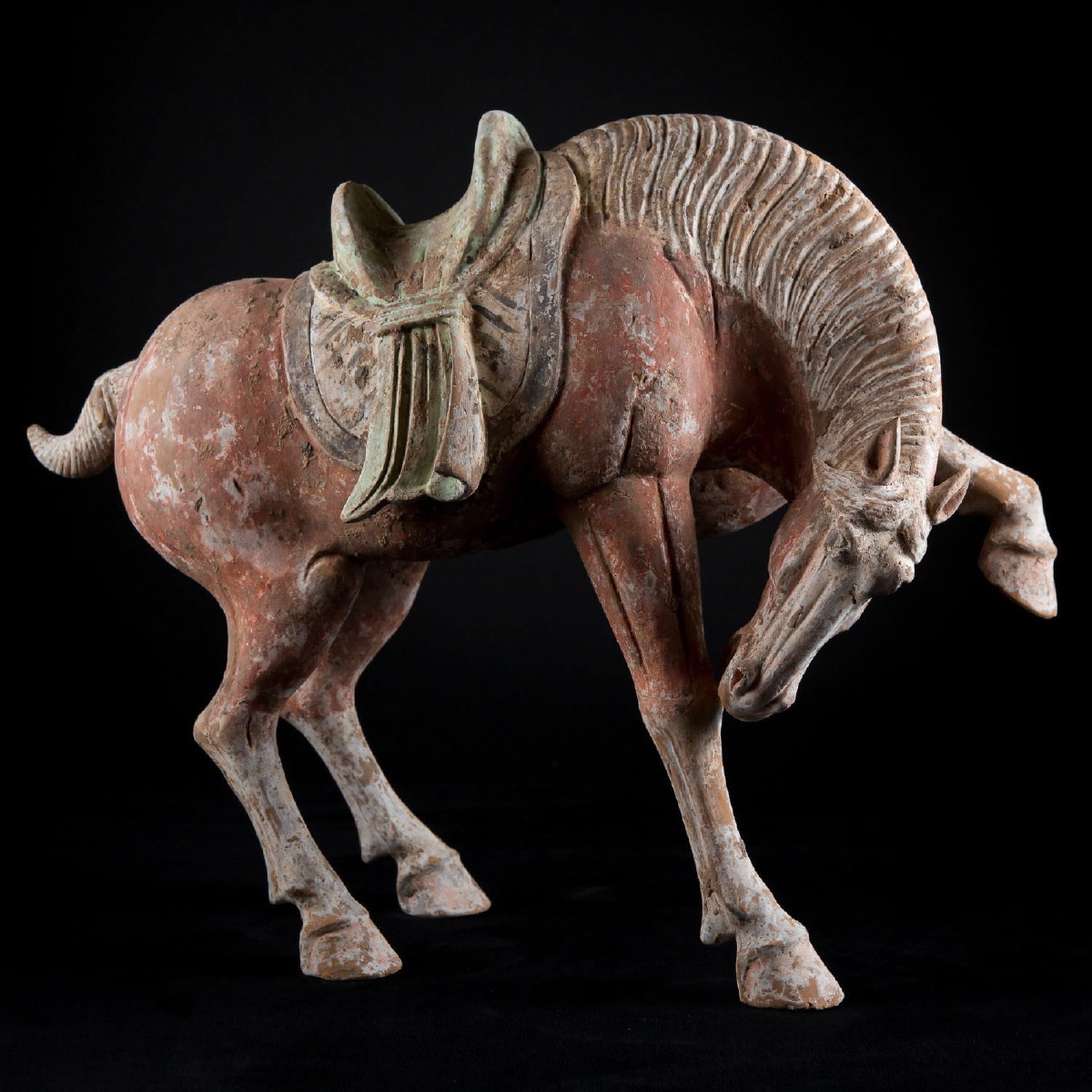 Elegant horse fashioned in impressive realism in terracotta covered with a red slip. This horse of exceptional size is depicted wearing a saddle and has a raised left leg and offset head. Slender head, open mouth, prominent nostrils, globular eyes and small erect ears in accordance with the customs in fashion during the Tang era. This piece belonged to aristocratic funerary rites. Probable restorations however excellent state of preservation.

The emperors of the Tang dynasty continued the importation of breeding horses after their Han ancestors. Most were used for war, however the most beautiful were kept and trained for parades. The breeding of horses that began in the 7th century was of great importance and allowed for the deployment of thousands during warfare that facilitates various military victories. The number of horses that the Tang army commanded is estimated at 700,000 circa 650.