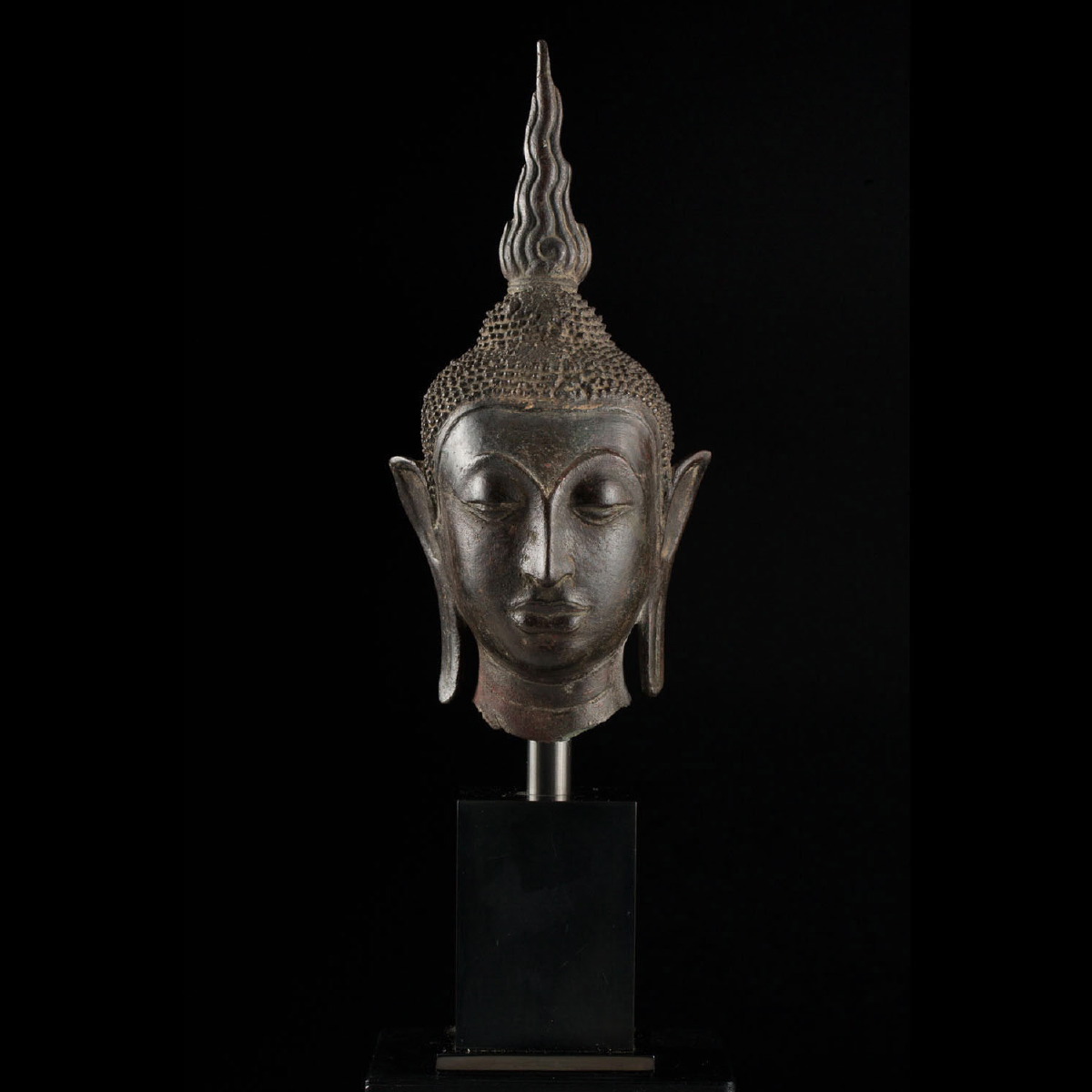 Beautiful head of Buddha moulded using the lost wax technique in bronze. Traces of excavation remnants and oxidisation due to age, and good ancient patina. Bronze was the favoured material among artists of that time. The face is typical of the Ayutthaya style: it has a martial character, with half-closed eyes as a sign of meditation, a long aquiline nose, and a sensual, full-lipped mouth. The face is crowned with an imposing flame, the ears are elongated from wearing earrings, and his neck bears the folds of beauty. The cheeks are rounded and supple. Typical hairstyle, consisting of small conical shapes representing ringlets, bounded by a border around the forehead. The flame-bearing cranial protuberance is clearly visible. Excellent state of preservation.

This statue dates from the midpoint of the Ayutthaya artistic period, which established a highly elegant style inspired by the Khmers and the Mon people. The flame (Ratsami) shown at the top of the Buddha’s skull is a reference to the interior light that emanates from him. It also stands as a testament to the influence of Sinhalese Buddhism on this school, also called U-Thong, which began in the 13th Century and continued throughout the Sukhothai School.