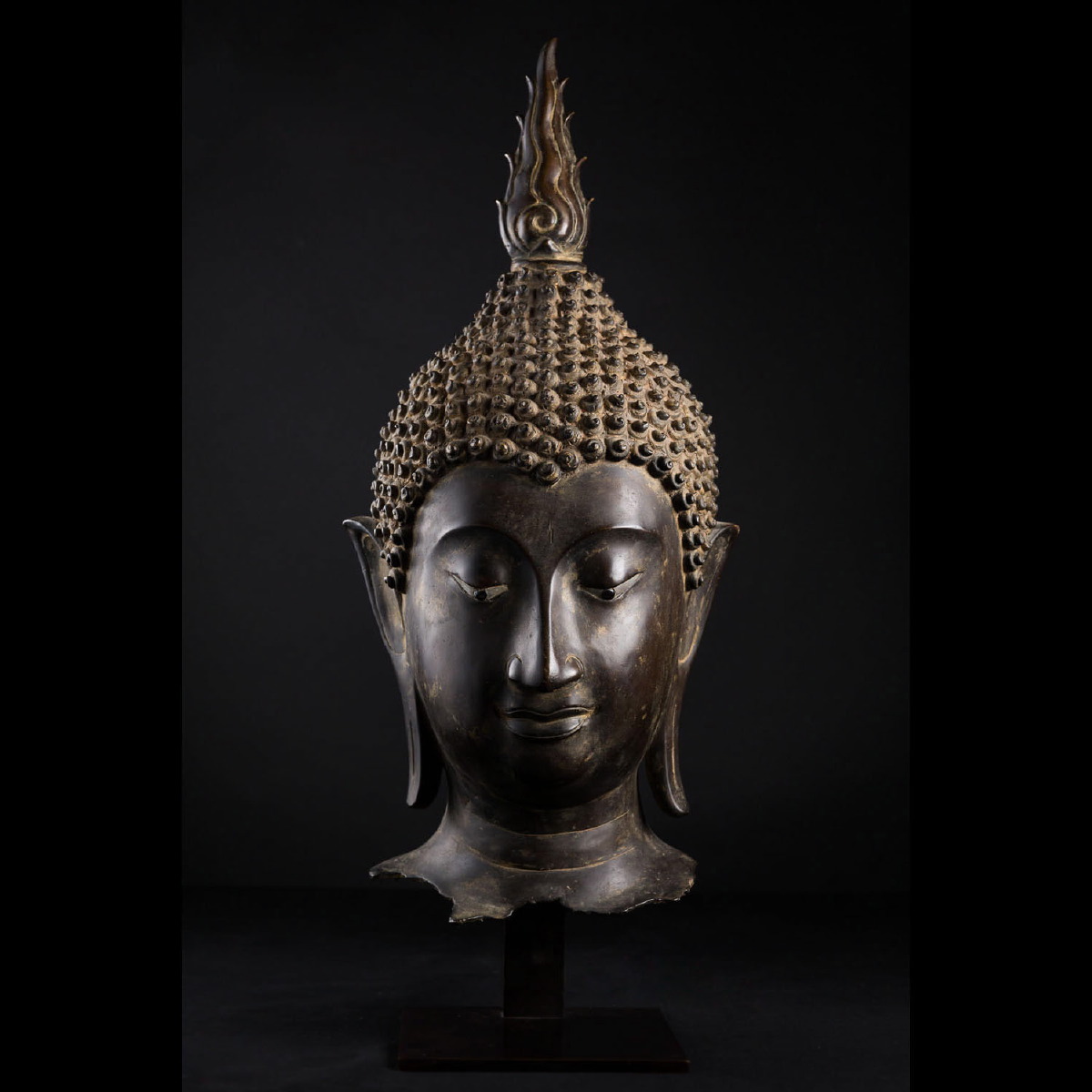 Buddha's head in bronze with a serene expression. The head is crowned by a hairstyle made of many little curls and on the top of the skull the three-dimensional Ushnisha, from which comes the flaming rasmi, a symbol of the soul's departure. The forehead is low with the start of the hair in the shape of a bracket. The arched eyebrows are very marked, extending the bridge of the nose. The half-closed eyes have kept the look of meditation. The nose is fine and the nostrils are highlighted by an incised line. The ears have the long and pierced lobes attesting to Siddhartha's princely origins. Two lines incised on the neck are a gauge of beauty. The bronze has an old brown patina. In places, there are traces of an ancient gilding.

Ayutthaya was the second prosperous and cosmopolitan capital of the kingdom of Siam, built in 1350 on an island surrounded by three rivers linking it to the sea. The city was attacked and razed in 1767 by the Burmese army and never reconstructed. Artists there defined a very specific art of great elegance, moving away from the usual canons of the representation of Buddha to invent new, idealized and more fluid forms with curves that express the extreme state of serenity reached by Buddha. The flame at the top of Buddha's head, the Ushnisha, is a reference to the interior light shining from within him.