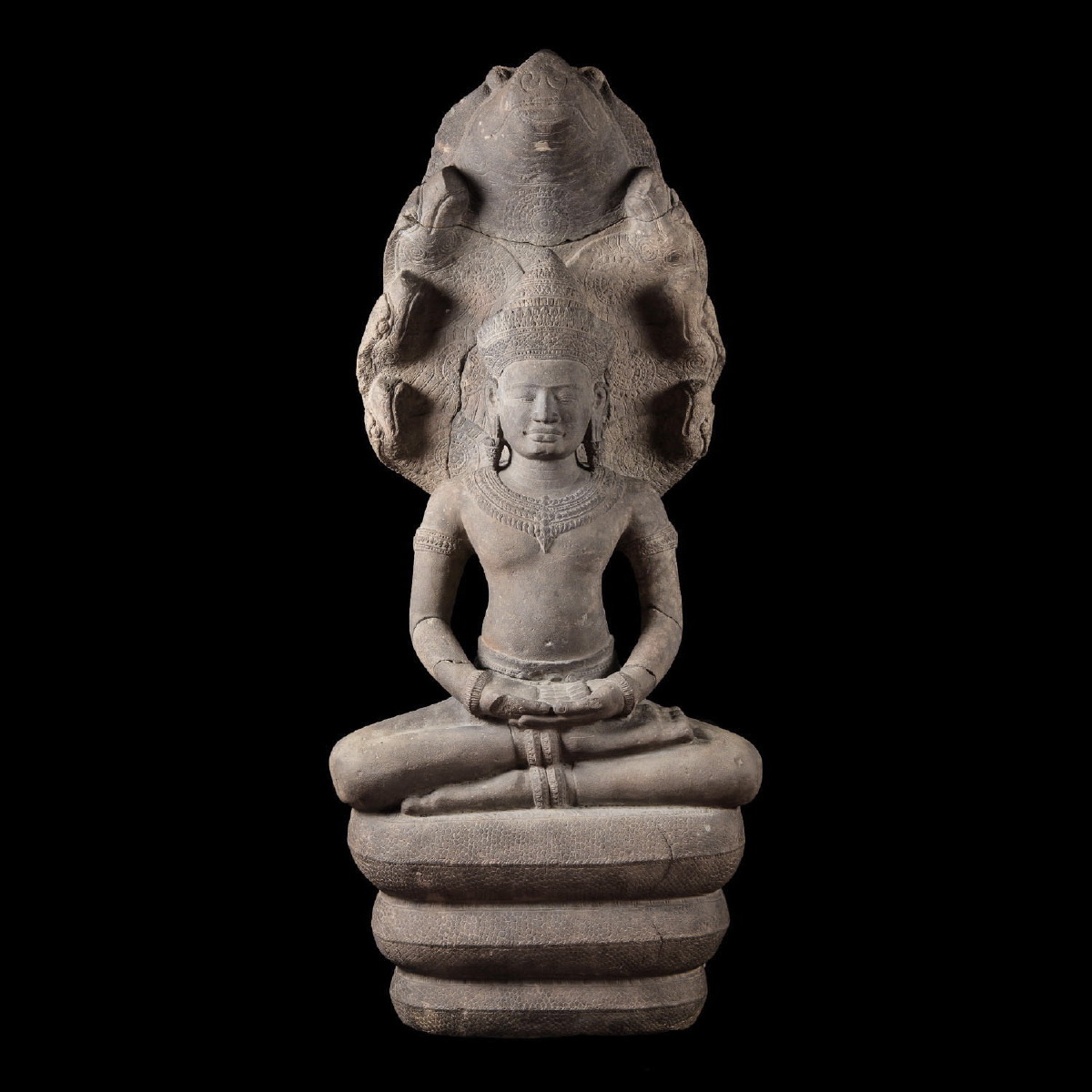 Large Buddha in beige sandstone depicted seated in the lotus position on the coiled body of the Naga Mucilinda. It has unfurled its seven-headed hood like a fan to shelter Buddha from the deluge. The face express serenity, revealing the typically Khmer smile that expresses deep meditation. Buddha is adorned with royal attributes: he wears the diadem and elaborately carved conical tiara mukuta, jewellery on his arms as well as ankles and heavy earrings. The back of the Naga is finely carved with six Chakras, symbols of Buddhist law, and the disc of the god Vishnu, Buddha being the ninth avatar of Vishnu. The statue shows sculpting of exceptional quality and finesse in its details. Excellent state of preservation despite some breakage on the arms, neck and the naga's hood, but no missing part. Good signs of erosion and nice dark patina.

Being an heritage from ancient Indian mythology, the Naga is a benevolent serpent, always represented with an odd number of heads. It is the guardian of the riches contained in the ground, as well as the protector of the waters and aquatic world. According to Khmer tradition, the Naga participates in the balance of society by making the feminine element of water correspond to the masculine element of the earth. For the Khmers, snakes were linked to the origins of the royalty and this specific iconography that characterizes them first appeared in the AD 10th century.