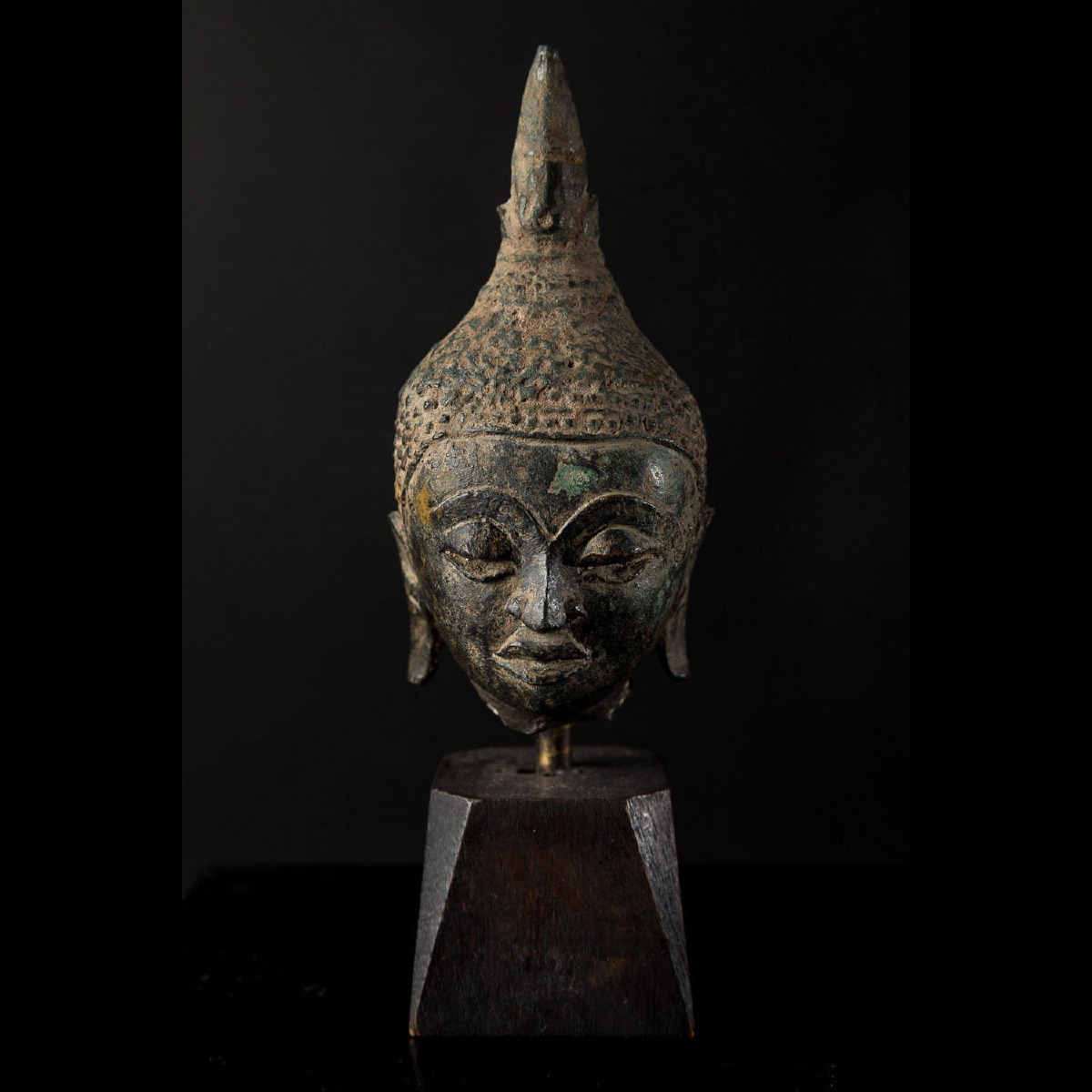 Sukhothai is located 600 km north of Bangkok and was the capital of the first Thai kingdom from 1238 until the 15th century. After having been the subjects of the Khmer Empire, the Thai people gained their independence and began to define a very specific art of great elegance. This art moved away from the usual canons of the representation of Buddha to initiate new idealized forms that were more fluid, with curves that reflected the Buddha’s extreme state of serenity. The flame on the top of the Buddha’s head is known as the Ushnisha, it references the inner light that emanates from it. This flame is one of the main characteristics of the Buddha in Sukhothai art.