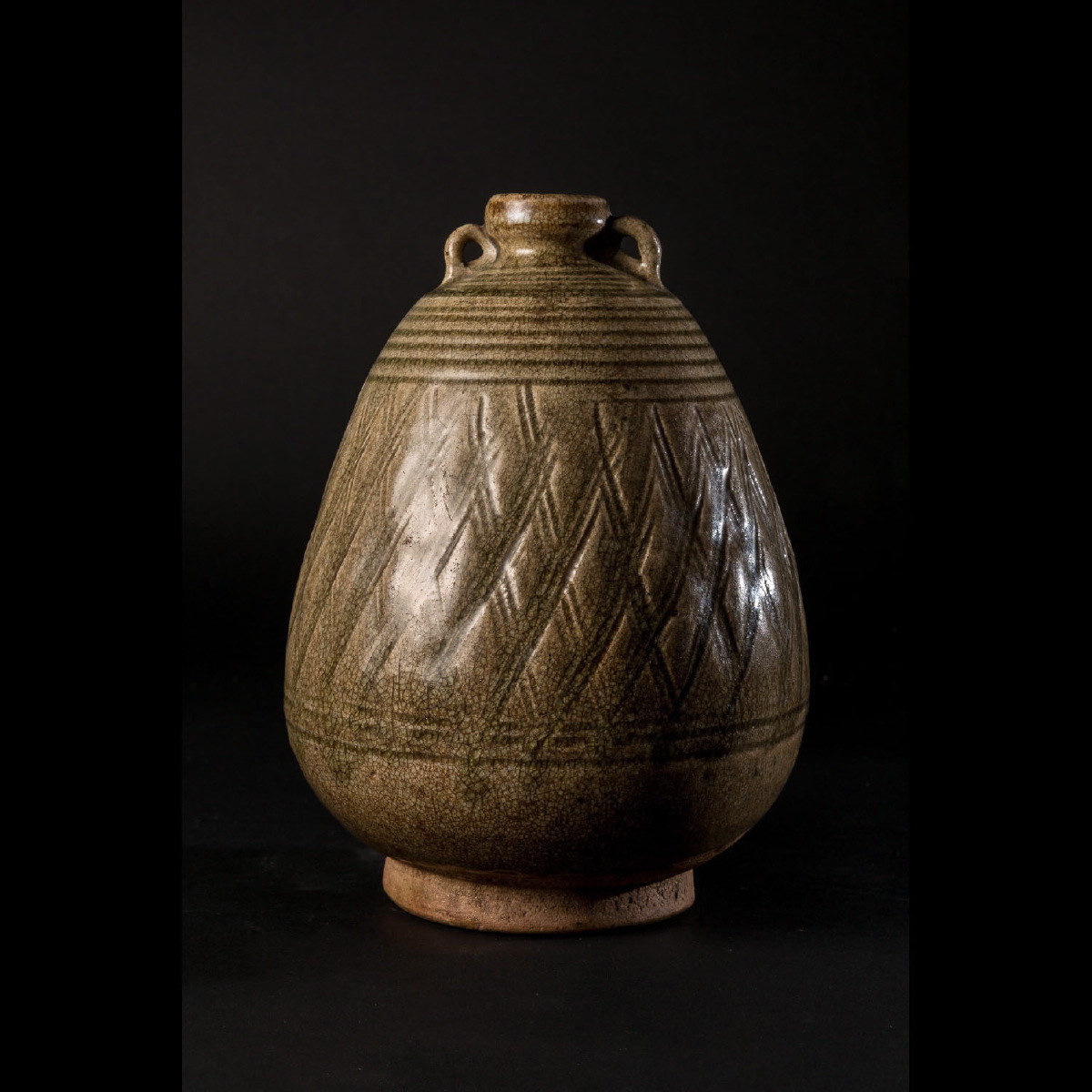 Vase in stoneware fixed on a piedouche having an ovoid belly with a narrow neck. Two series of simples lines mark out the shoulders where two small handles depart in order to probably fix a stopper which could have been made of wood. Central part of the body decorated with diamond shaped incised lines. Dark celadon glaze typical of the period, proving the use of metallic oxides introduced during the reduction firing. This technique was much appreciated in Asia as it permitted to obtain the jade colour.

Founded in 1350 by Utong, a Chinese nobleman, the kingdom of Ayutthaya became one of the most influent in South East Asia. Theravada Buddhism was the official religion, highly influenced by Hinduism. King Naraï had strong relations with French King Louis XIV and the capital of the kingdom where the court was located was most appealing to dealers and foreigners. Unfortunately the city was sacked in 1569 and then destroyed by the Burmese in 1767. Very good potters from China established the famous oven at Sawankhalok, near Sukhothaï in the North Eastern part of modern Thailand. Well known for their avant-garde technique these ceramics were very much sought after from the 14 Th. century AD.