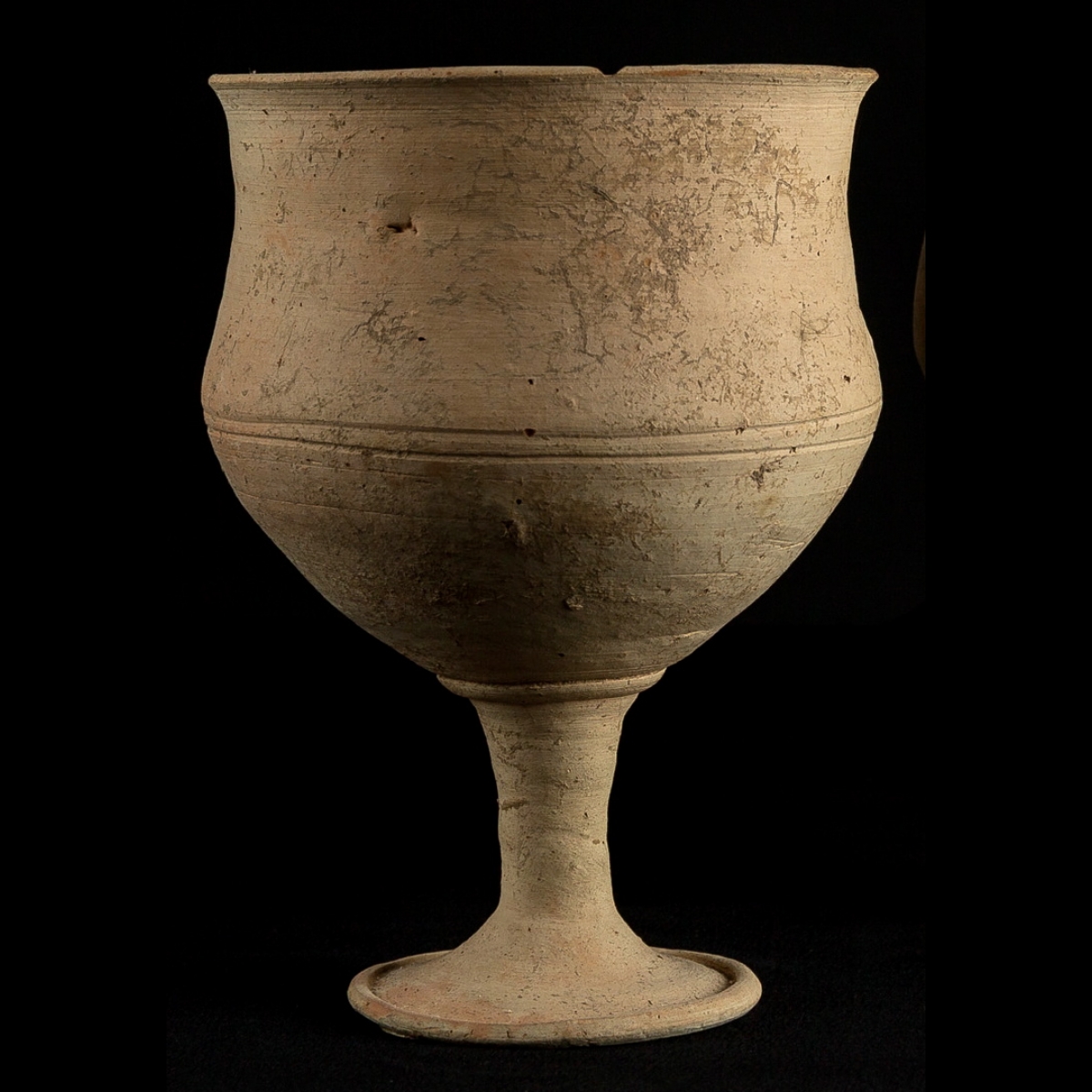 Deep cup in lightly buffed terracotta, ovoid and globular shape, with one foot resting on a circular pedestal. This fine and filtered clay piece was created using the colombine method. At the base of the pedestal there is a small lip typical of these types of bowls.