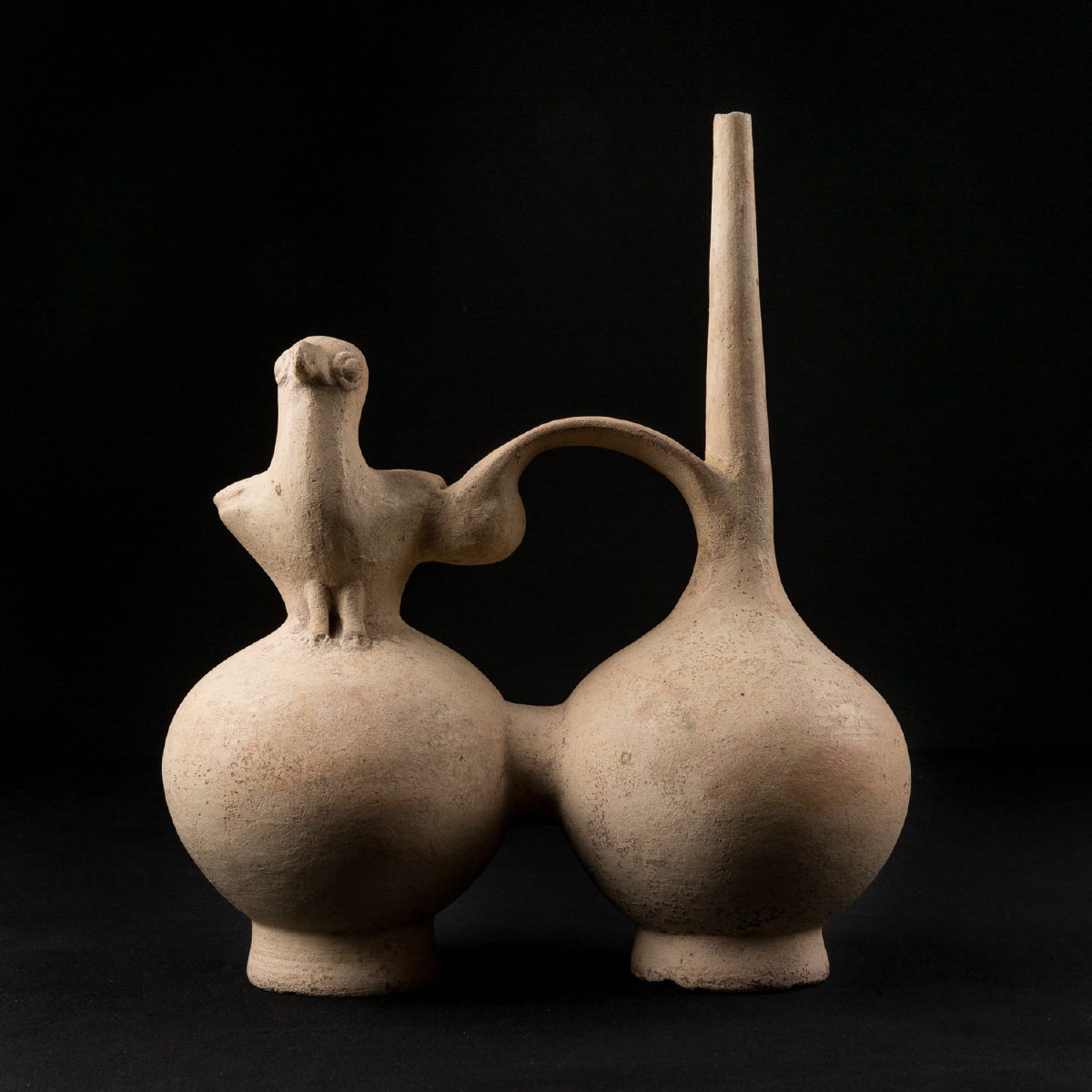 Vase bottle composed of two belly bodies, that form two chambers which are connected by a curved handle. One of the two bodies has a very long and narrow whistling beak and the other one has fixed on its summit a well crafted bird with folded wings reminiscent of a dove. White and very fine grained terracotta. Excellent state of preservation.

The Chancay culture developed along the central coast of Peru during the recent intermediate period between the 11th and 15th centuries. It is during this time that it fell under the domination of the Incas. Living close to the sea and in a number of fertile valleys, the Chancay people were farmers and traders. They used to build tombs several meters deep where they would place a Fardo, a kind of funerary wrapping that would encase a mummified and crouched body, along with ornately worked fabrics.