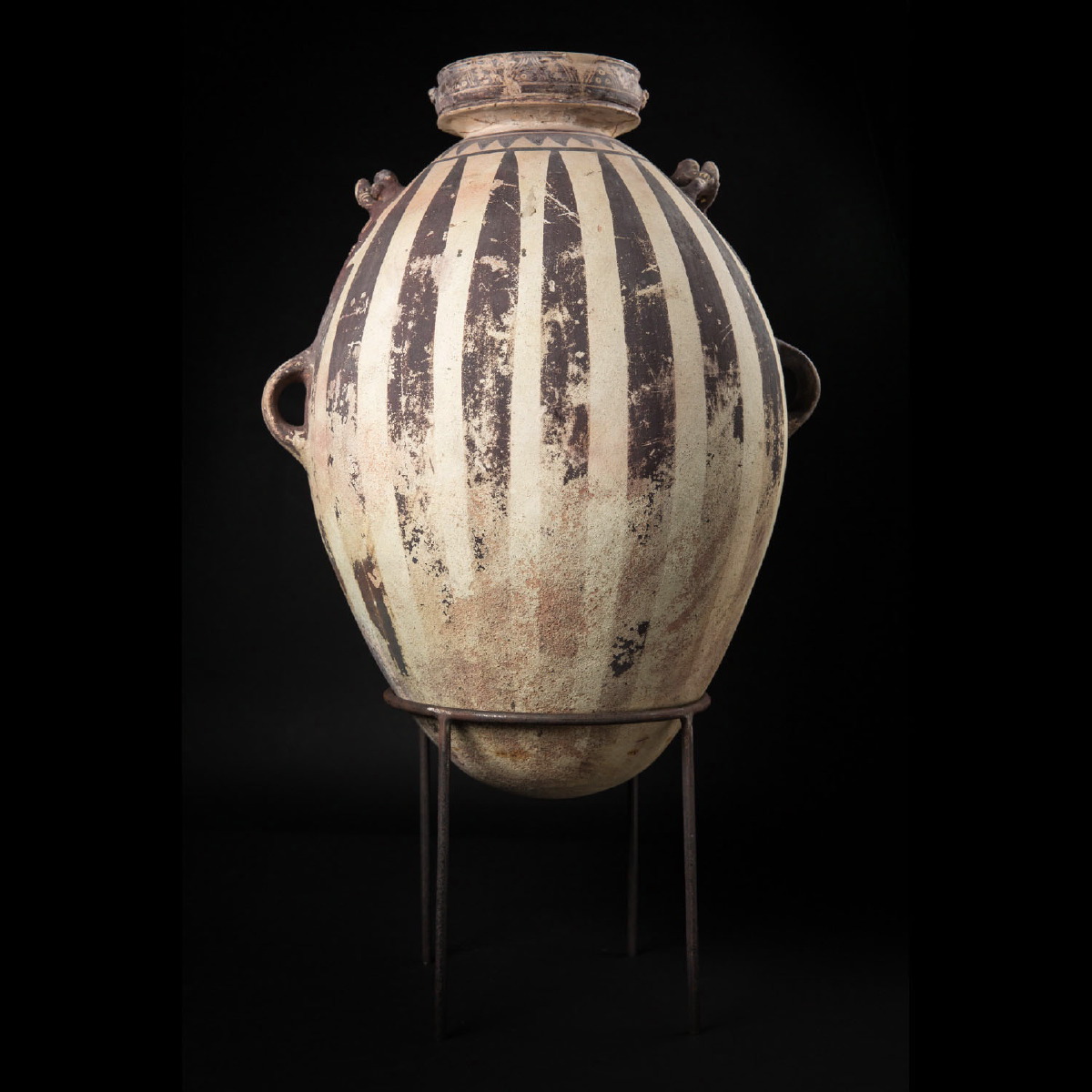 Large paunchy vase made in beige terracotta, and decorated with a geometrical design painted in dark brown colour. The vase is ornamented on the top of the handles with two monkeys moulded in relief, each one depicted drinking from a small receptacle.

The Chancay culture developed on the central coast of Peru under Incan domination, during the intermediary which lies between the 11th and the 15th century AD. This culture has been defined overall through the ceramics that were discovered in the necropolis in Ancon and the Chancay Valley, which gave its name to this particular type of black and white pottery. Most of the vases show an ovoid form and a short neck with zoomorphic figures.