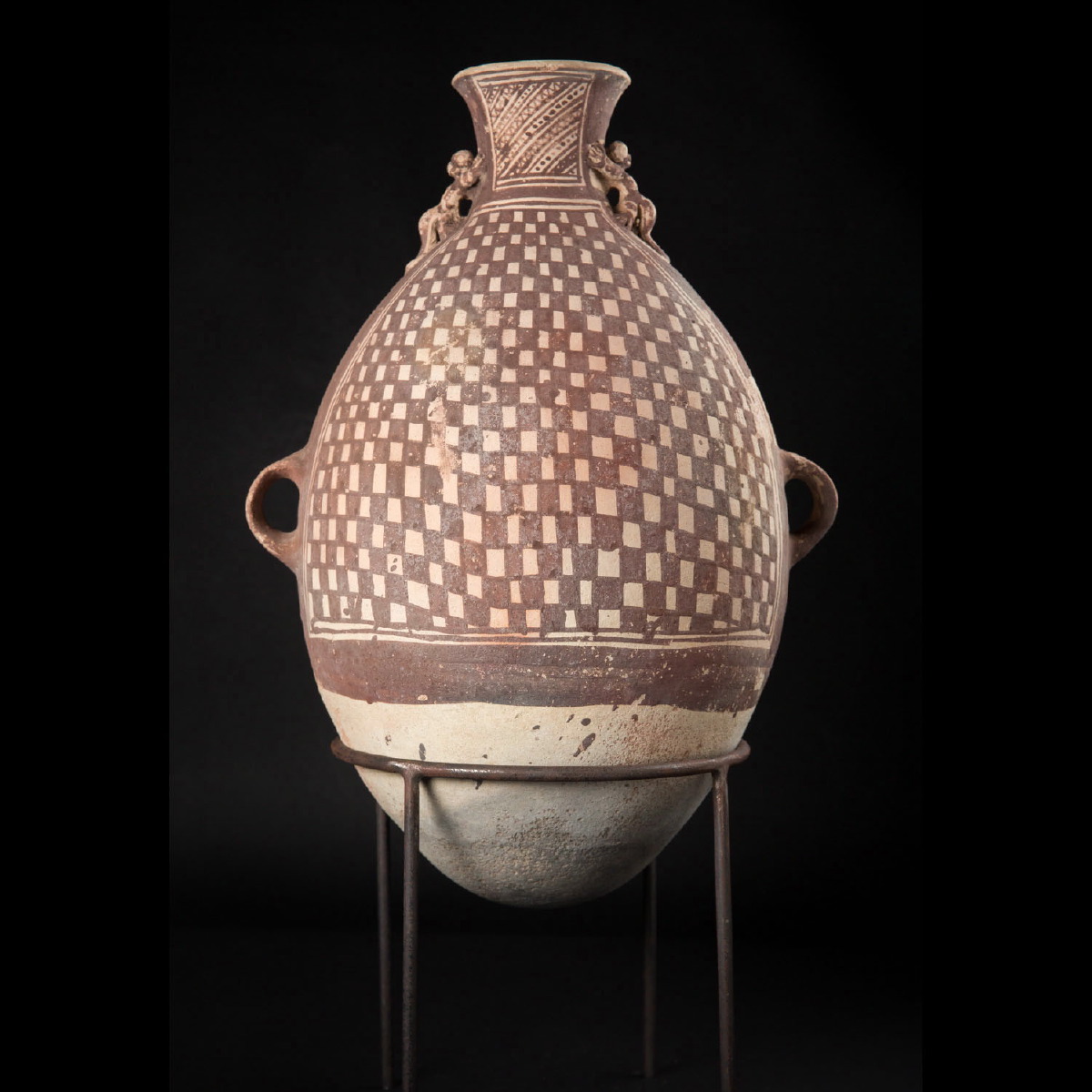 Ritual vase of a globular shape with two handles in beige terracotta, decorated with a geometrical design of parallel stripes and a checked pattern in dark brown colour. At the base of the neck there are two figurines representing monkeys moulded in relief. Rare piece of art that still has its original stopper, which has been restored.

We have before us a collection of ritual vases belonging to the Chancay culture of Peru. This pottery is instantly recognisable, made of fine very pale beige clay, decorated with constantly geometric motifs in a dark brown color. Every imaginable variation of geometric motif has been found, squares, rectangles and simple lines, which nonetheless compose the decoration of the most sought after examples, like this one here. This culture developed during the relatively recent interim period between the 11th and 15th centuries, at which point it collapsed and fell under the dominion of the Incas. This culture is above all defined by this type of pottery, of which the best examples have been found in the necropolises of Ancon and the Chancay valley. The shape of these vases is often that of a pot, with an oblong, ovoid body and a small neck. One of our vases still has its original stopper, which is extremely rare. This culture also loved to include zoomorphic depictions, like the monkey here, which seems to have been moulded and subsequently added in appliqué.