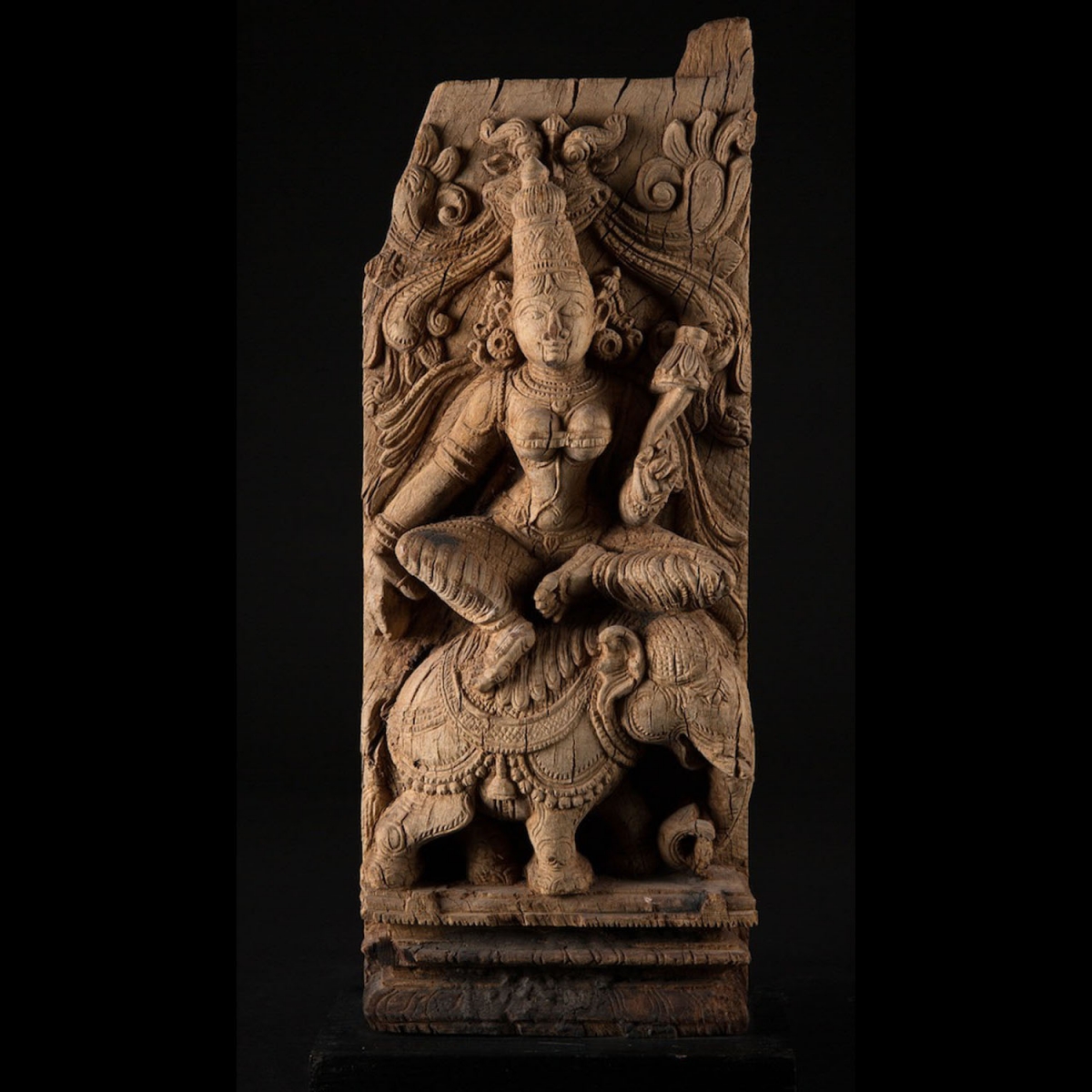 Scene sculpted in haut-relief on a teak wood plank: the goddess Pârvatî, wife of Shiva and mother of Ganesh, richly adorned with jewellery and half nude, is in a position of levitation on a parade elephant. The head of a fantastic animal is also represented above the goddess and merges into the vegetal decor. The sculpted panels are fitted by tenons and mortises to the base and the top of the chariot. The wood has eroded and whitened, but, in all, the panel is in very good condition.

The Indian gods of southern India were paraded outside the temple in chariots of which the wheels could be of stone (notably in Mysore). This ancestral tradition is still practiced today. Legend has it that Pârvatî seduces Shiva to beget a powerful god. And to seduce a god, one has to practice meditation, which is why the goddess is presented in levitation. She would have meditated so hard that she metamorphosed into vegetation. Pârvatî is the mother of the god with an elephant’s head, Ganesh. We can believe that this sculpture is symbolic of the mother and her son.