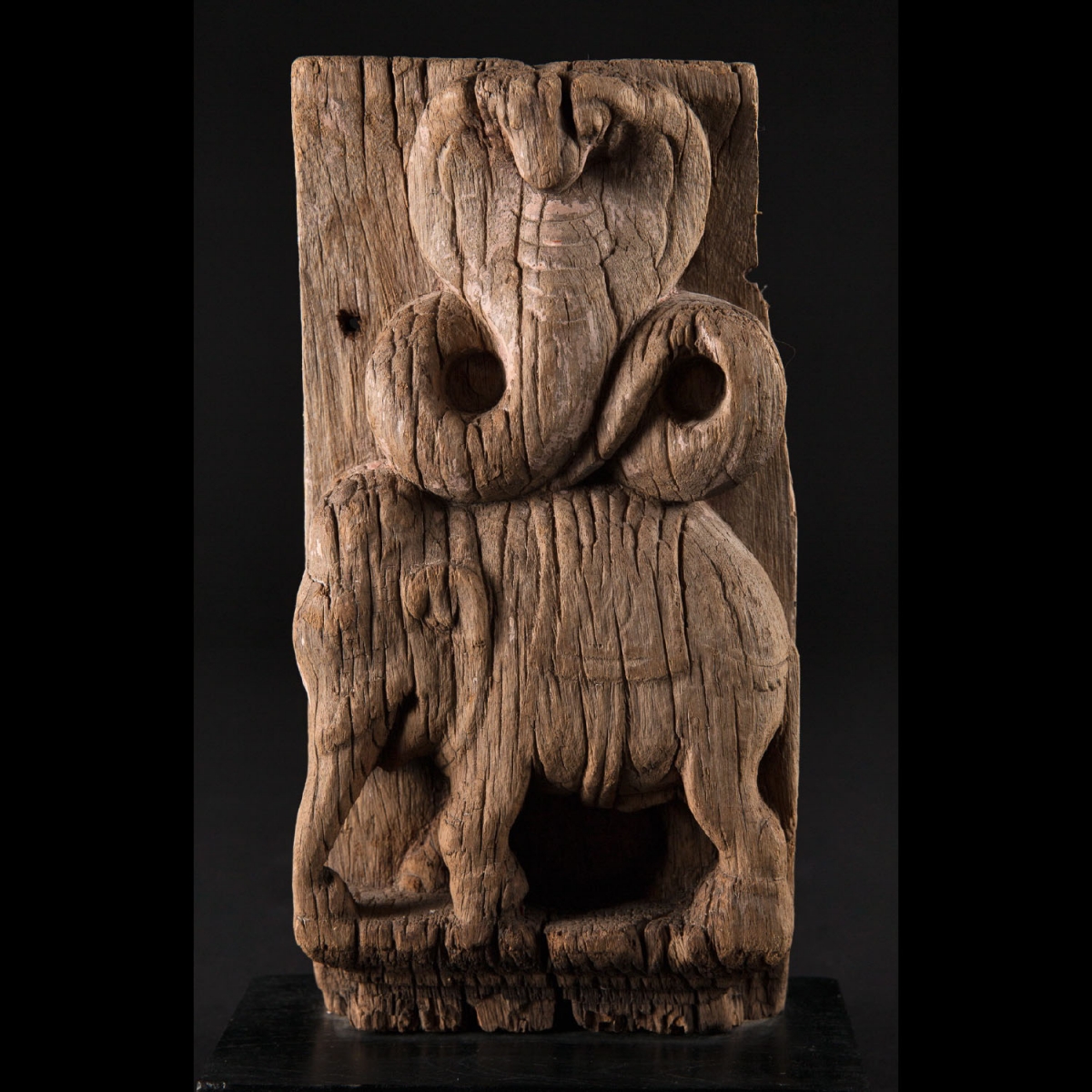 Wood panel in eroded grey teak with visible traces of a painted coating. The forward facing figure of a cobra, symbolizing Shiva the father, is of a greater proportion than the elephant, representing Ganesh the son. These carved panels would be affixed with tenons and mortises to the base and to the top of the base of the chariot wheel. Erosion is visible on the wood, however in good general state of preservation.

The Indian deities of southern India would wander outside of temples in wooden chariots, whose wheels may have been made of stone (most notably in Mysore). This ancestral tradition continues to this day. In Hinduism, the cobra is feared and therefore the object of a cult concerned with the procurement of its protection. It is at the same time a symbol of birth and death, it is thus for this reason that Shiva carries a cobra to symbolize both creation and dissolution. Ganesh, is always represented as an elephant, an emblem of wisdom and virtue. Here we see the symbolic Father-Son relationship.