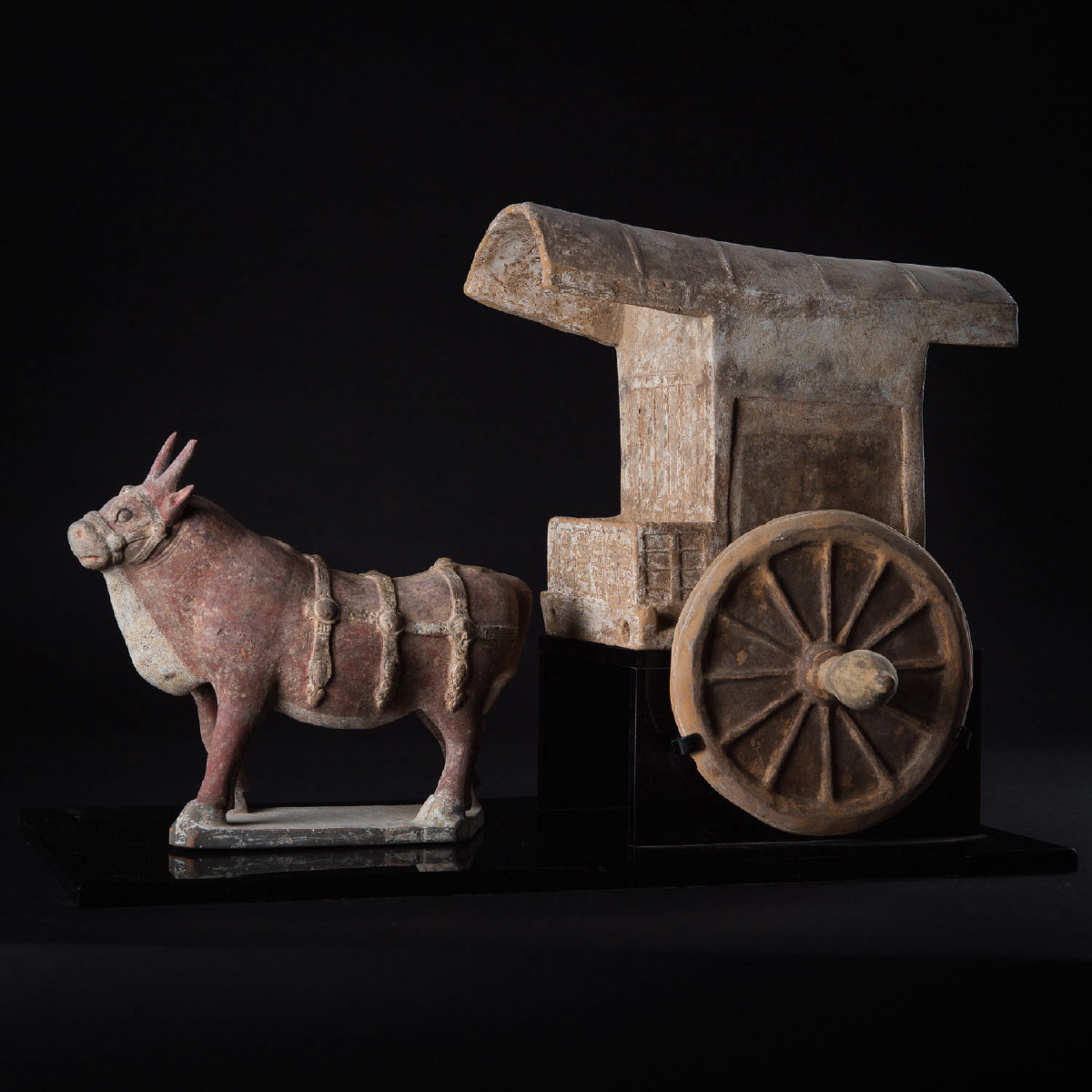 The buffalo and the chariot are of a light coloured moulded terra cotta covered in a slip with polychrome details. The animal stands on its terrace, its head raised. It has two beautiful horns in the form of a lyre and wears a harness composed of six motifs of a serpent's head, this latter symbol being a good luck charm in ancient China. Behind it, the chariot is covered in a slightly curved, semi-cylindrical roof and is framed by two big wheels. Good general state of preservation, possible ancient repairs.

The buffalo of Asian origin is a herd animal characterized by formidable horns. It weighs, on average, 700 kg and eats grass and cereals. This example belonged to the Bubalus breed (Hamilton Smith 1827). In China, the buffalo is also an astrological sign of which the main attribute is tenacity, balance and patience. This object is part of the big series of representations of daily life with which the Chinese liked to fill their tombs, as souvenirs of the happy days spent on Earth.