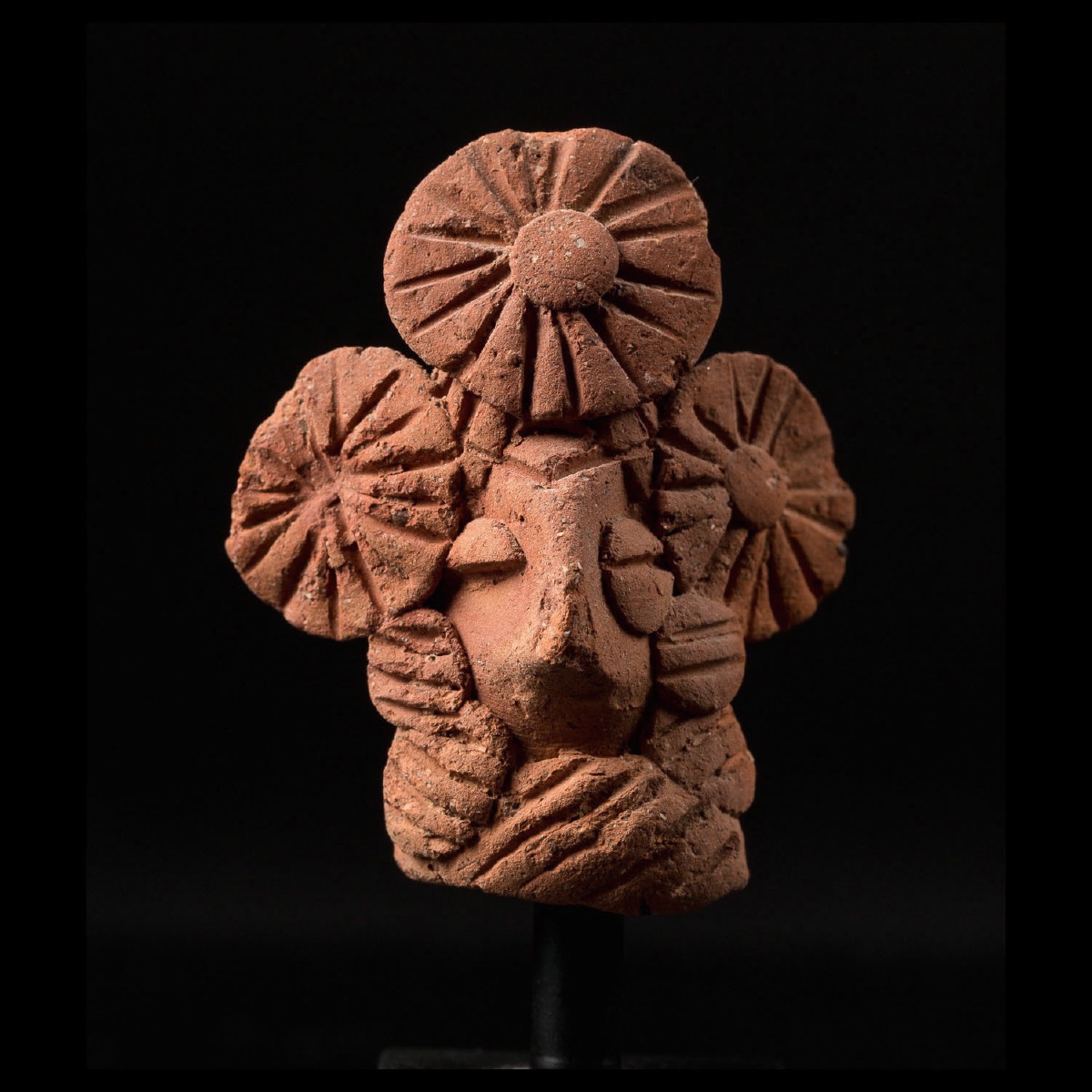 Head of a fertility goddess in red molded clay, front facing with a symmetrical decoration typical of the archaic period. The pellet eyes have been added and split to represent eyelids, according to the local habit. Abundant hairstyle made of delicately palletized flowery patterns. The goddess is also adorned with large earrings and a chiseled necklace.

The site Charsadda, whose archaeological excavations date back to 1400 BC, is located in Pakistan at the confluence of the Swat valley and several tributaries of the Kabul River. Between the 14th and 4th century, the Achaemenid presence allowed the development of a civilisation of iron, as well as an easily recognizable ceramic. It was there that the capital of Gandhara was established between the 6th century BC and the 2nd century AD under the name Pushkalavati, meaning “city of the lotus”. The ruins of the site include several stuppas and two different places of occupation. The city was rebuilt by the Greeks of Bactria, then becoming Peucela. The worship of a fertility goddess is linked.