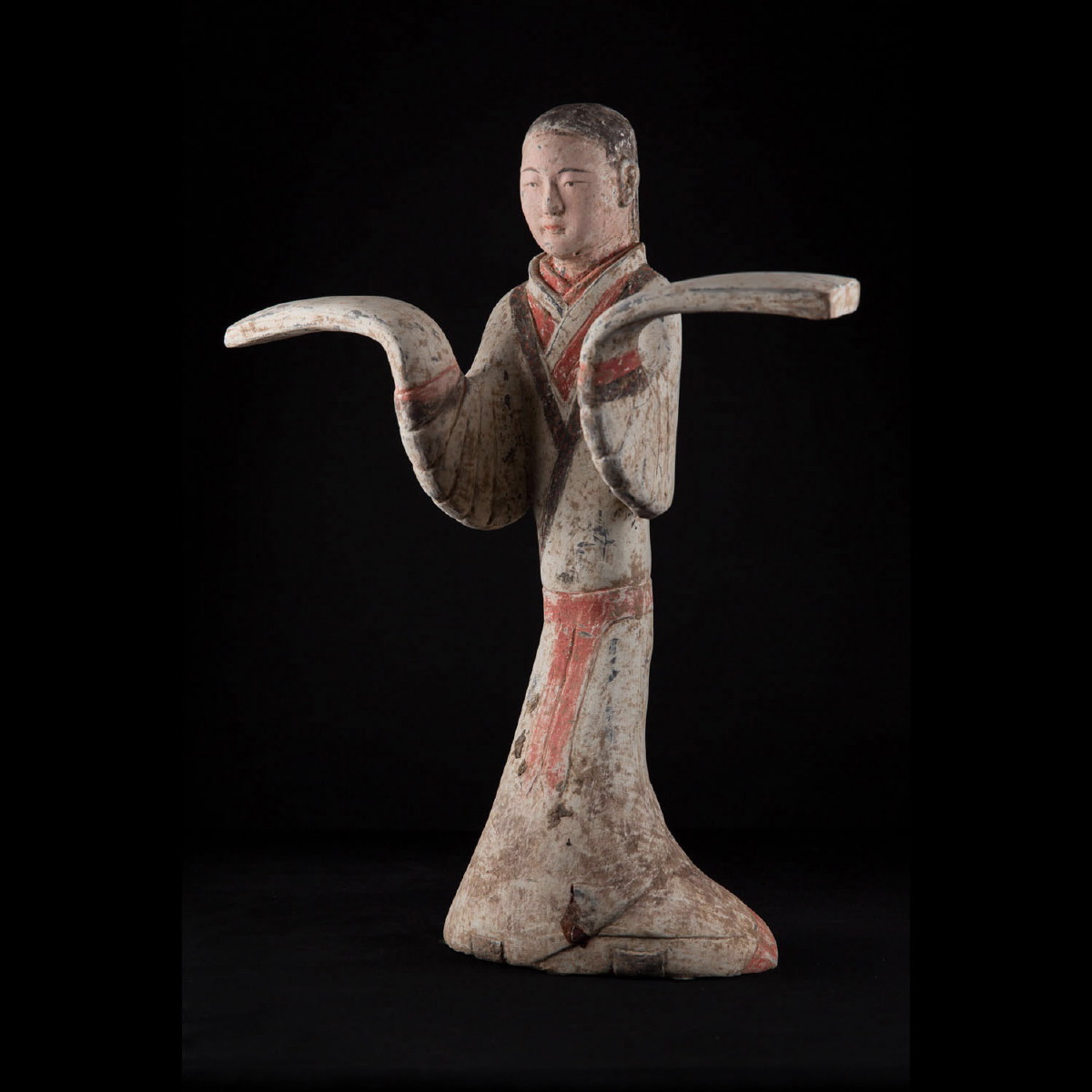 Statue of dancer moulded in dark grey terracotta covered with white slip, some of the details being painted in red. Very clean and dynamic movement. Kimono dress composed of three collars which was made in ancient times of a heavy woollen fabric tied around the waist and with the pleats underlined with red. The very long sleeves hiding the hands add to the wide movements of the dancing. The flat head has a knotted hairstyle typical of the period, with a middle parting as a division. The facial features are delicately painted. Excellent preservation overall. Possible small repair. Very fine condition.

Dance had a strong symbolical dimension in ancient China. It was used to celebrate various events such as military victories, mourning or weddings. Under the Han dynasty, it could be practised either by men or by women, to correspond with the teaching of Confucius who did not permit contact between men and women in public areas. The rhythm and the movements of the body recall the cycles of life. The arms in long sleeves design ellipses and circles imitating the perpetual movement of life. Each pause was considered as a new beginning.