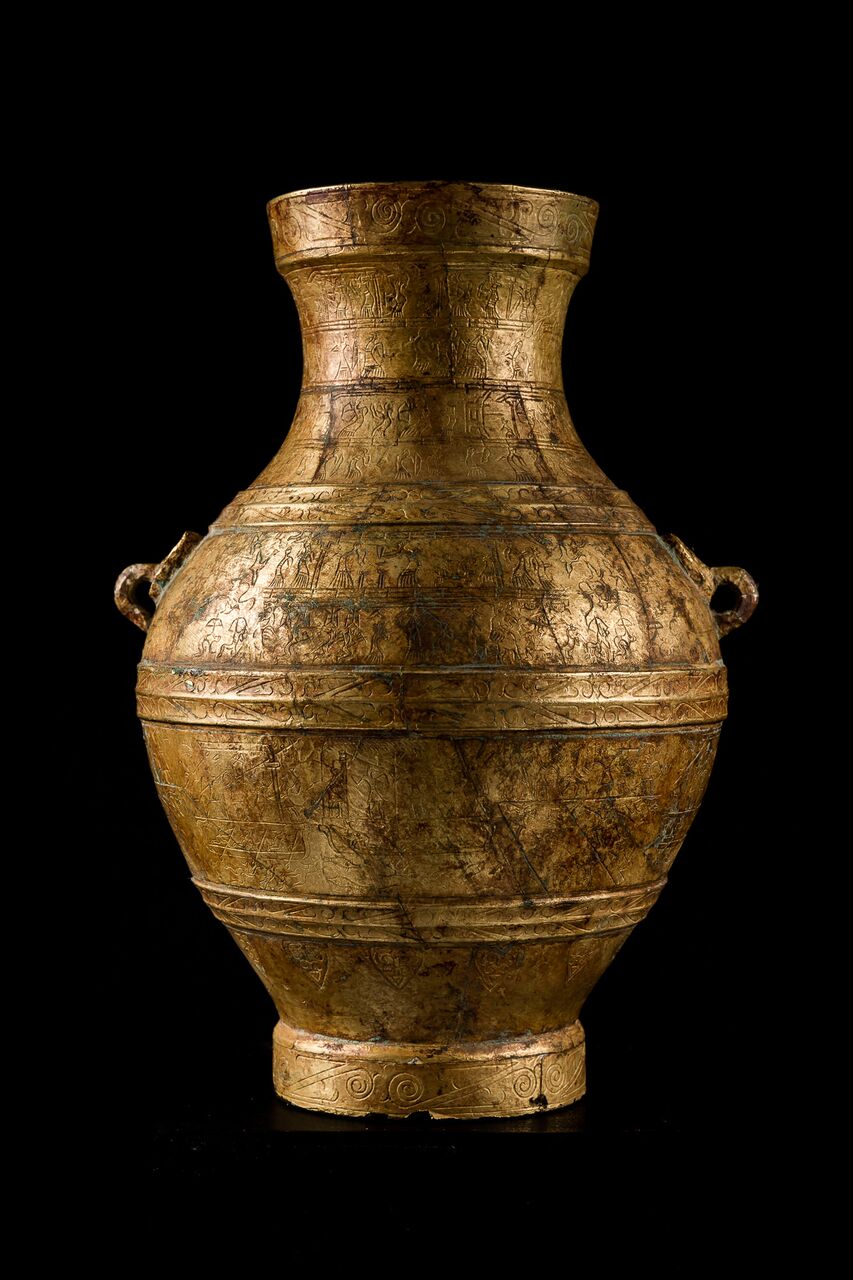 A bronze Hu wine vessel with basal ring, piriform body and socket mouth with applied loops in the form of cast taotie lion masks to the shoulders; the applied gold sheet overlay to exterior surfaces showing intricate incised ornament with, from the top, scrolls to rim; four narrow friezes of figures (many with bows, some lying on the ground, possibly a battle scene), also with canopies, birds and foliage; a raised double band with scrolls; a tall frieze of figures, platforms, canopies and birds within which are affixed the two side loops. Central raised double band with scrolls and a tall frieze of three panels showing sea battles each with two ships, figures (some aboard the ships with long spears, others floating in the water) and fish divided by groups of figures ashore, some with spears. A lower raised double band with scrolls, the lowermost frieze with a series of incised heart-shaped leaf emblems and finishing with the basal ring with scrolls. 2 kg. Very fine condition. Excessively rare.

The technique, whereby thin gold sheets or foils have been affixed to the plain bronze body surface, can easily be seen on this vessel as the abutments between the individual foils are now visible; the ornamentation has been incised after the gold was affixed, to great effect. Hu vessels were first produced in the Shang Period (1600-1045 BC) and are still popular today; they reached their peak of production and excellence during the Han dynasty where they are lavishly applied with gold inlay and decorated with interlace of zoomorphic and geometric patterns. They are used for holding wine that was offered during rituals for honouring the ancestors, but, in later periods, they could also be used as wedding gifts and house warming presents to bring good fortune.