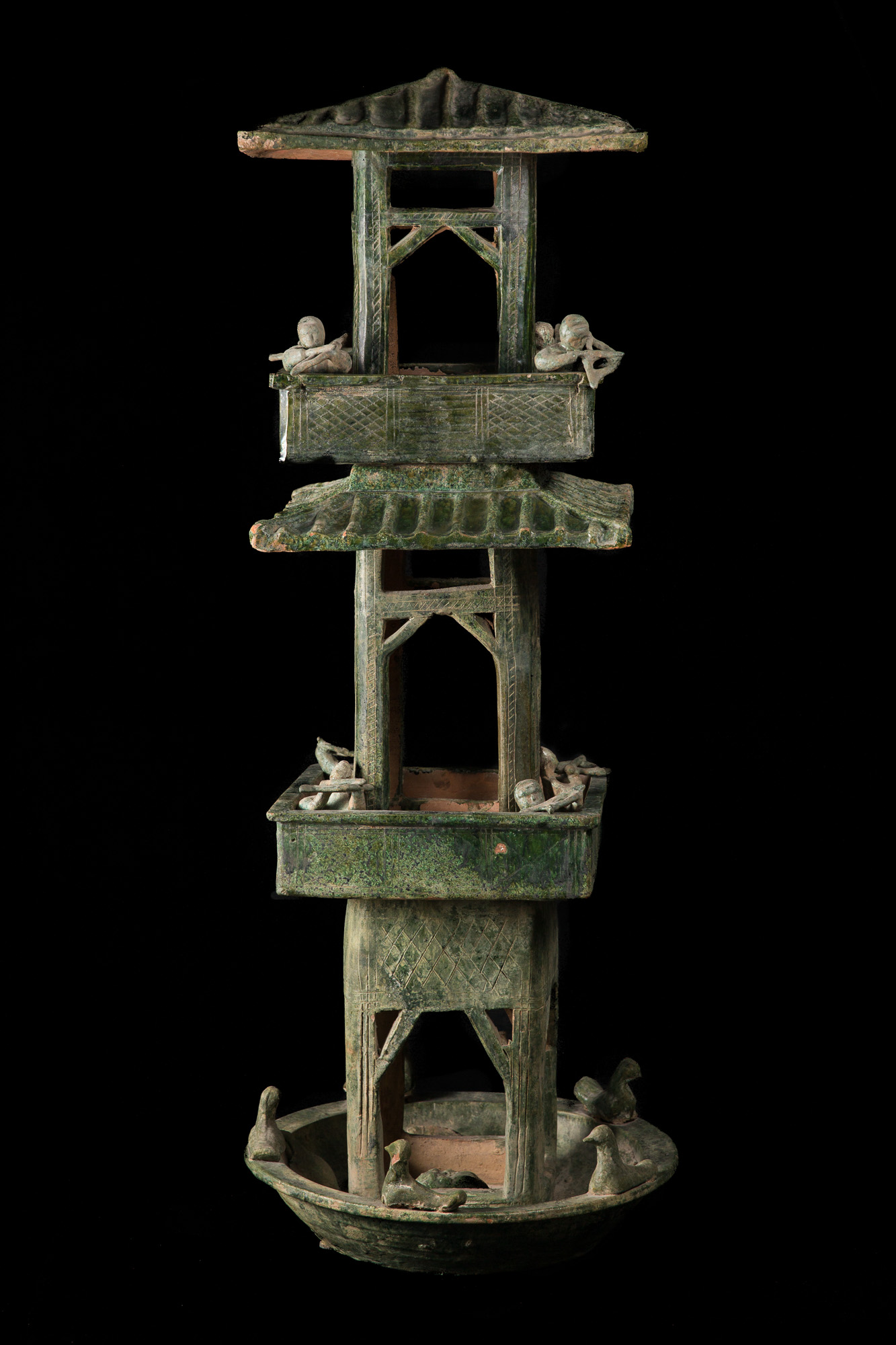 This architectural model is made of terra cotta and covered with a lead glaze whose colour is due to copper oxide. It is composed of three different elements moulded and assembled freely. As a consequence of the time it has spent in the tomb, it has been superficially covered with a very thin deposit of limestone, giving this piece its beautiful iridescent silver look. The base is composed of a circular basin with flat rim. The superstructure is piled up on it vertically. Well-preserved, some restorations but no missing parts.

Ancient China. These towers were used in strategic areas, the top floor being the best place for observers. The platform underneath with its corbelled balcony was used for defensive purposes, and archers were posted at the corners. On the base, a symbolic aquatic bestiary of water is represented with ducks, frogs and fish. These towers have a very strong emblematic significance, which would later be used in the creation of pagodas.