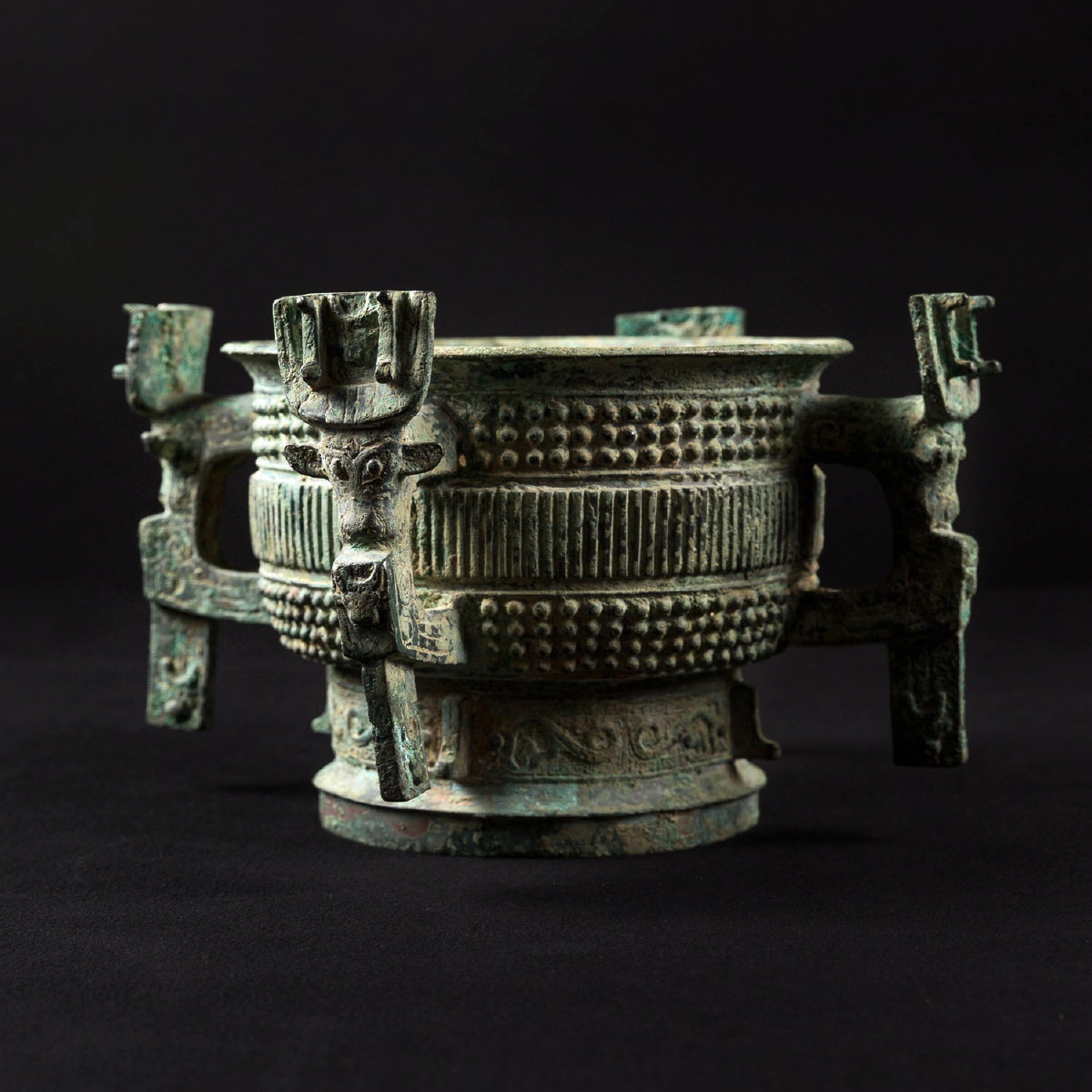 Bronze vase called Gui because of its cylindrical shape decorated with buffalo heads showing stylized horns placed at an equidistance on the handles. Bronze made in moulded parts using the reversed casting method, which permitted the multiple and regular reproduction of the design in relief on the body. It is a moulding technique and method of decorating typical of that period. Geometrical design composed of picots in relief separated by a stripe composed of vertical lines. At the base there is a frieze with a Leiwen pattern of interlacing curled volutes and stylized dragons. A rare piece of art, in a good state of preservation, presenting an interesting heavy patina rich in cuprite. Some remains of soil due to excavations.

The Art of the bronze during this period liked to represent on wine vases heads of more or less realistic animals. That contributed to creating a flamboyant yet solemn style that conveys a strong religious connotation. This cylindrical bronze vase has four handles decorated with buffalo heads with equidistant stylised horns. This bronze was made using section moulding which permitted multiple, regular reproduction of the motif in relief on the body. This method is a technique used with cast iron, and not a typical moulding technique of the era. The geometric motif consists of small peaks in relief separated by a band composed of vertical lines. The base bears a frieze featuring Leiwen motifs interlaced with scrolling and stylised dragons. A rare collector’s object.