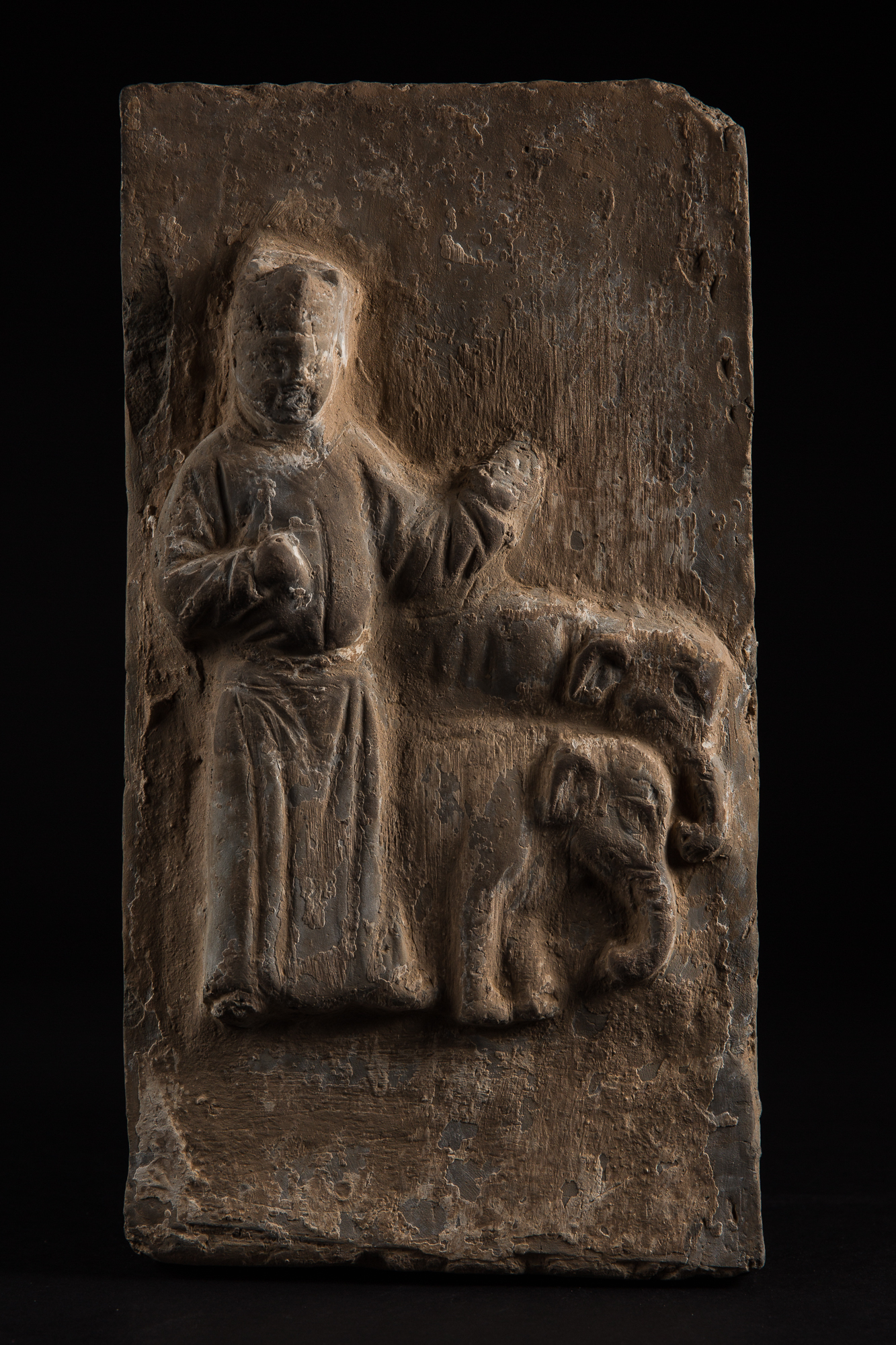 Rectangular brick moulded in a greyish beige clay, decorated in relief with two elephants and a character presumably in the act of guiding. Wash drawing made of a white slip. These type of bricks were decorative elements displayed on the walls of aristocratic houses and temples. Similar ones were in fact used in the construction of the thirteen Ming tombs of the emperors of Beijing. In rural China one can still find beautiful old homes with their façades decorated in relief bricks. During the Ming Dynasty (1368 – 1644 AD), brick-making techniques had a great progress and both quantity and quality of production improved markedly. Since then, Great Wall sections were widely built with bricks, with lime mortar and sticky rice used to reinforce the bricks. Excellent decorative ancient object. Good state of preservation. Possible small ancient restorations.

Chinese archaeologists discovered the fossilized remains of elephants dating 50 to 100 000 years ago in Pubei county of Guangxi in southern China. Asian elephants are smaller than African ones, their size ranging between 5.5 and 6.4 meters. At the time of the Ming dynasty, the statuary representation of the elephant represented the vastness of the empire controlled by the court. As well as the camel, it was an animal used for transport in the desert areas and the tropics. Xiaoloing Mausoleum of Ming  dynasty, located in Nanjing city (UNESCO world heritage) is one of the biggest imperial tombs in China.Walking northwesterly across the bridge, you will see the winding 800-meter long Sacred Way. Its middle section runs east-west and is called Shi Xiang Road. It is lined with twelve pairs of stone sculptured animals as well as four pairs of warriors and ministers guarding the tomb. Each animal is postured differently and each conveys an auspicious meaning. For example, the lions, king of the animals, show the stateliness of the emperors, the camels, symbol of desert and tropical areas, indicate the vast territory of the dynasty and the elephants imply that the policies of the dynasty are to meet the desire of the grass root and the stabilization of the dynasty.