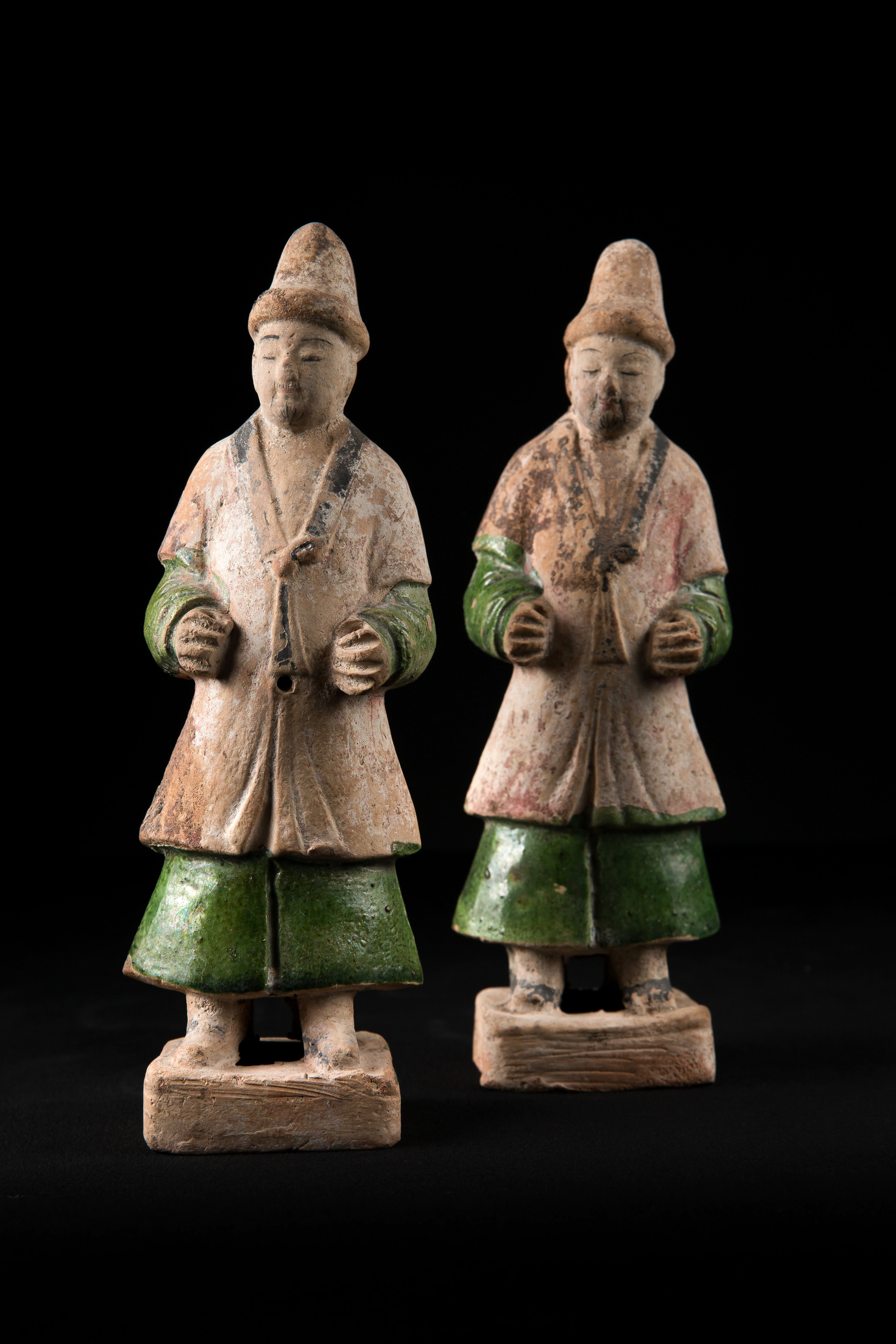 Two statuettes in a thin buff colour terracotta. The bodies are moulded while the faces were made by hand to achieve the most lifelike depictions of the people they were representing. The servants are clothed according to the Ming fashion, wearing two superimposed tunics, the shorter one is covered with a clear slip and the longer one with a green glaze. The glaze is achieved through the mixing of feldspar with lead items tainted by oxide of copper. They both wear a typical black hat made of boiled wool. Good state of preservation. Slip stained in places.

These figures belong to the tradition of the mingqi. They serve as funerary substitutes. Firstly made in wood, then in terracotta, their place was in the tombs of the dead since the time of the Warring States period (480-222 BC). The servants can continue to accompany their masters into the afterlife. This tradition replaces, following Confucian ideology, the barbaric custom of sacrificing the servants of dignitaries when they passed away.