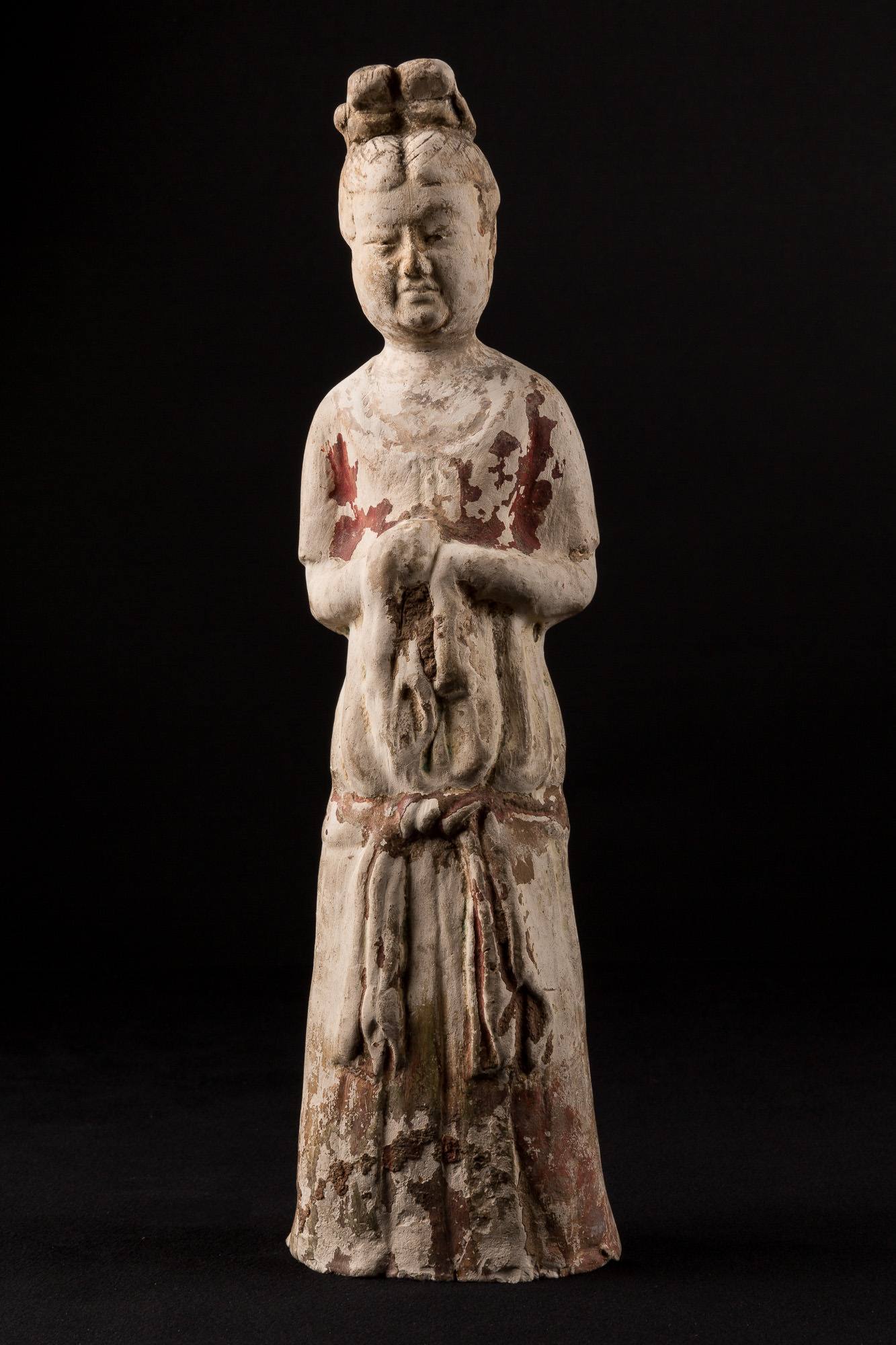 Terracotta lady in an upright position wearing a brown dress knotted at the hips. The hair is worn high on her head in a large chignon typical of the Tang era and of which the strands are delicately drawn. She wears a short-sleeved waistcoat, called a banbi, over an ample dress with long sleeves hiding the hands.

Tang people lived during what is called the “golden age” in China. Prosperity as well as their love for dancing, singing and entertainment distinguish this period. They also much appreciated the company of women, invented new fashions and new make-up. Tang women always wore very elaborate chignons and also sometimes very eccentric shoes. The long dresses were most often in flowing silk that favoured their figures.