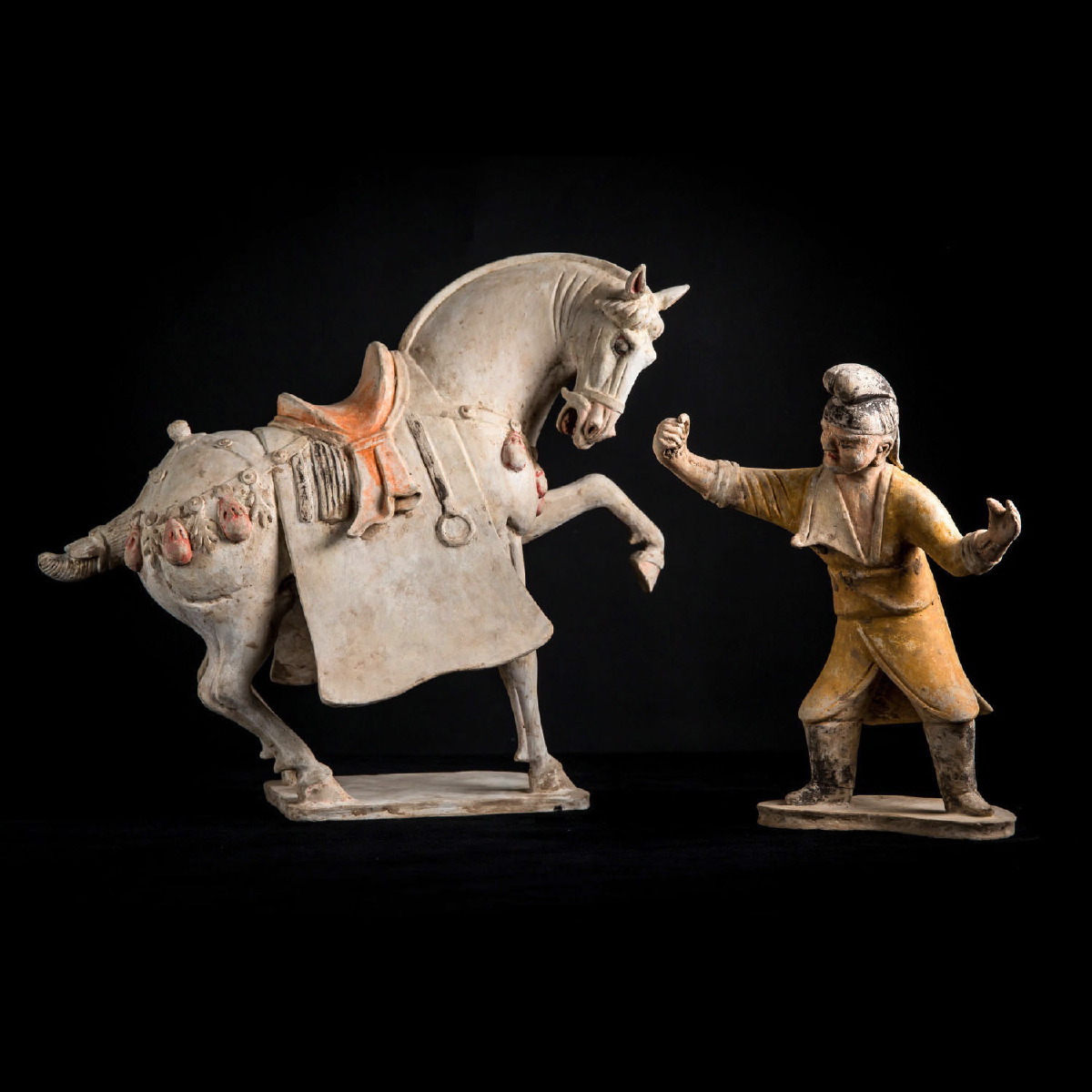 Beautiful set of two terracotta statues with water-based polychromatic decor. This elegant and racy horse is in the so-called prancing stance with a raised leg. It is covered with a white slip and decorated with trimmings painted in orange. The groom is dressed in a yellow tunic, typical of the barbaric fashion.

The Silk Road was rediscovered and improved during the Tang dynasty. Trade multiplied, as well as the contacts between merchants of distant countries, which quickly created a cosmopolitan society. The Western and Northern regions of Central Asia provided a large workforce. The capital of the Tang, Chang'an (now Xi'an), was at the time one of the largest cities in the world with its two million inhabitants. The much-appreciated realism of the Tang is reflected in the art of mingki, which were placed in tombs and through which the diversity of the society was depicted. This is how the foreign groom found himself in the most prestigious of tombs. This groom is not Han but rather Turco-Mongol in origin: he has a short beard forming a necklace on his round face, a tunic typical of the aristocartic houses and high felt boots. The hairstyle is composed of a chignon rolled in a black net, a fashion amongst Armenian or Turkish merchants.