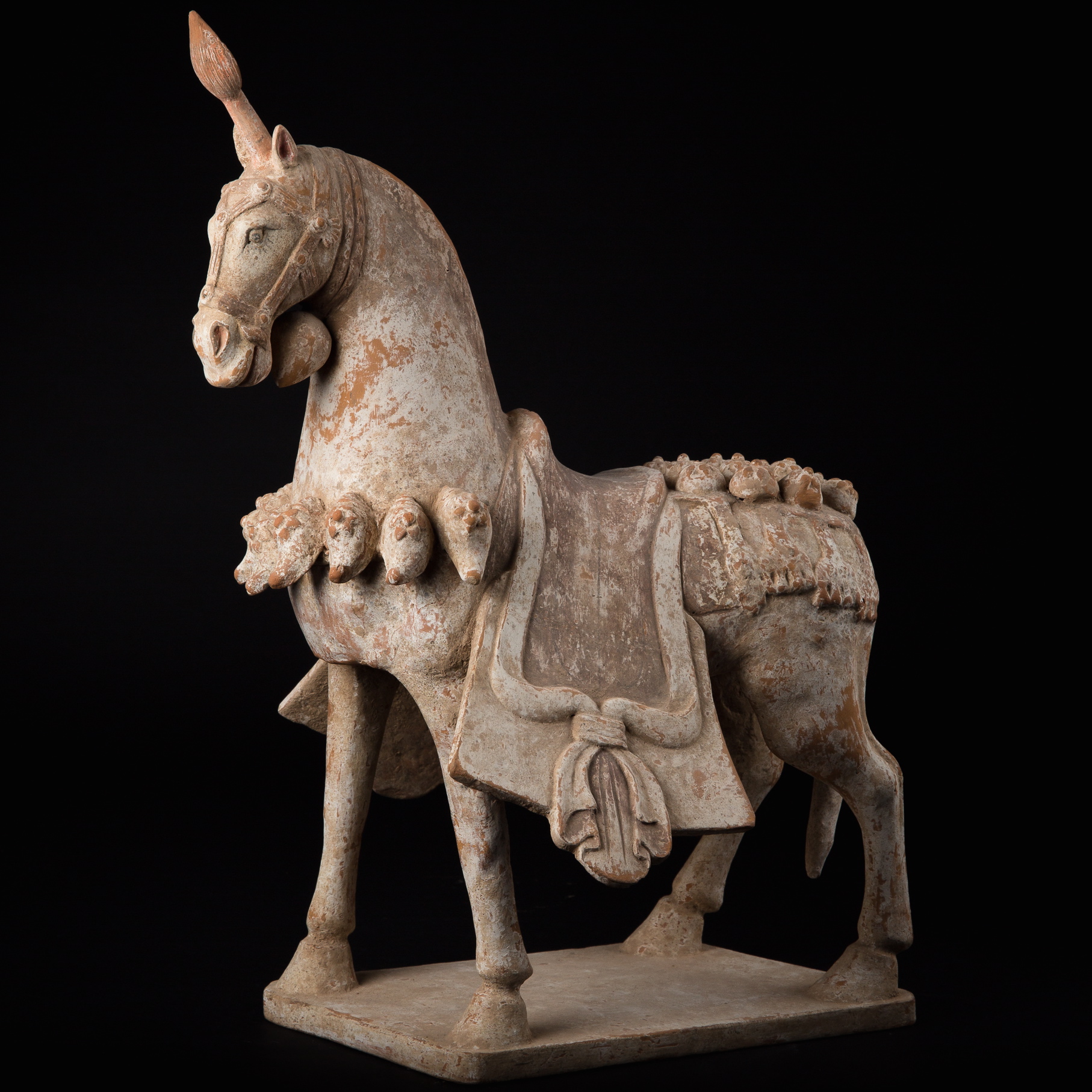 The horse is moulded in thin pink terracotta covered with a white slip and decorated in all its details such as the saddle, the head and the red and black harness. The horse, fixed on a terrace, stretches out its narrow and hooked head with small ears and a panache. The back is arched with a sharp ridge; the tail and the hoofs are nicely depicted.

The harness of the horse reflects the preponderant place dedicated to the animal in ancient Chinese society. This powerful horse has a proud appearance. The richly decorated saddle with two fins as mudguards on the sides, the head with a coloured panache, the neck and the croup decorated with bells held in place by trimmings are all basic elements of the aesthetics of this dynasty. The Northern Wei unified the country from Mongolia to the central Chinese plains and reopened the Silk Road. This brought great prosperity to the country and the contact with Byzantine and Persian cultures permitted the introduction of Arab horses unknown until then