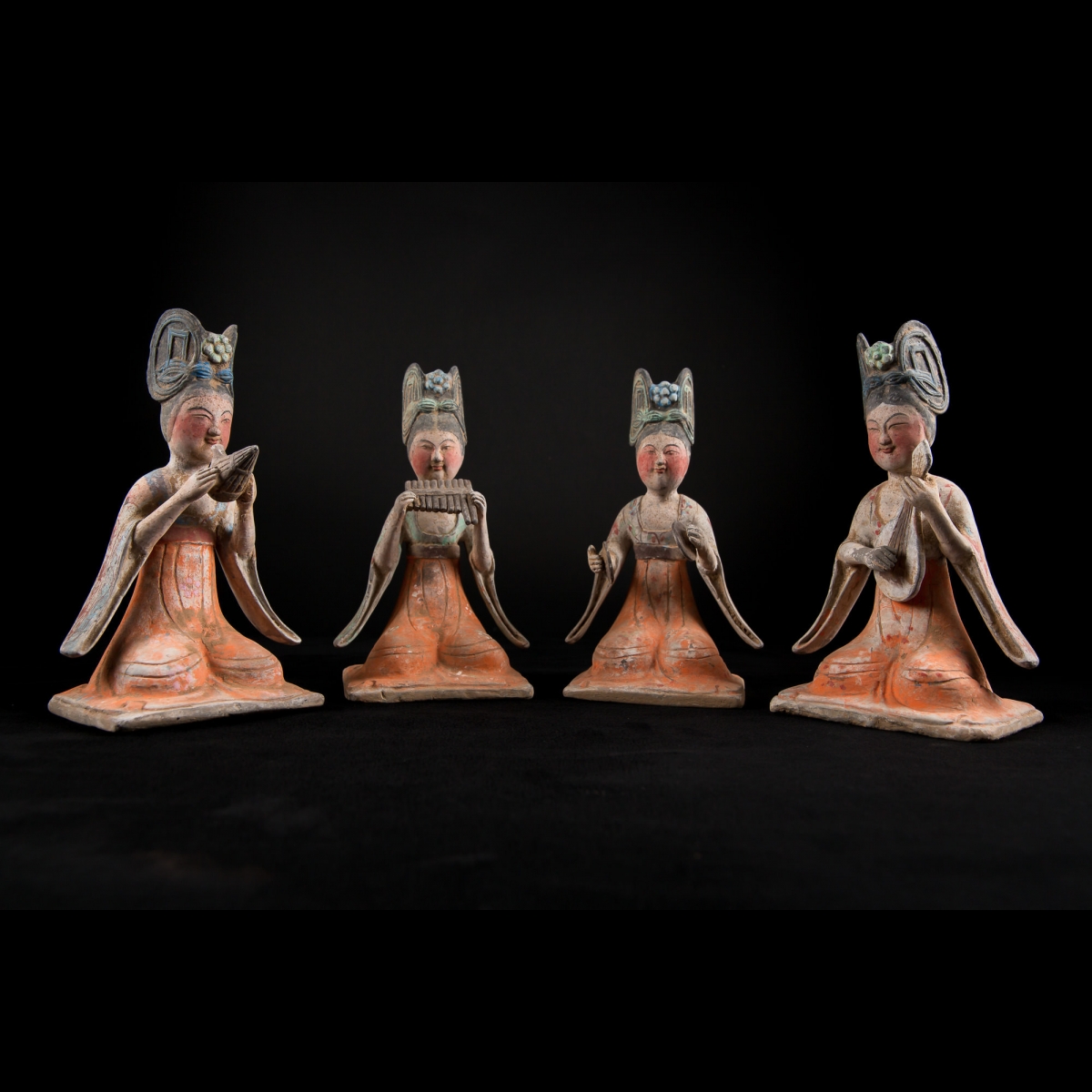 Lovely pair of kneeling musicians. These statuettes are moulded in terracotta and painted with vivid colours displayed on their orange dresses and pink cheeks. A white slip serves to make uniform the surface before applying the polychrome details. The musicians are dressed in traditional clothing consisting of a Banbi with long sleeves and their hair is fashioned into a bun placed high atop their heads. A lovely flower adorns the hairstyle and distinguishes them. Possible restorations.

Emperor Xuanzong (713-755 A.D.) founded within his court an academy dedicated to song and dance called ‘garden of the pear’. This academy laid the foundation of ceremonial entertainment. The reverential pause is typical of Ruan style traditions in China. This way of moving seems to find its heritage in India, Chinese dance having inherited barbarian traditions from Persia, Sogdia and even Korea. The Tang period was the golden age of dance and all kind of arts, evidenced by the imperial court that had no less than 10,000 dancers, managed by the ‘office of percussion and winds’. The dancers were divided between the energetic and athletic and the sweeter and more graceful and it was customary that all dances be accompanied by song. Circumstantial choreography would be performed depending on if the spectators were sitting or standing.