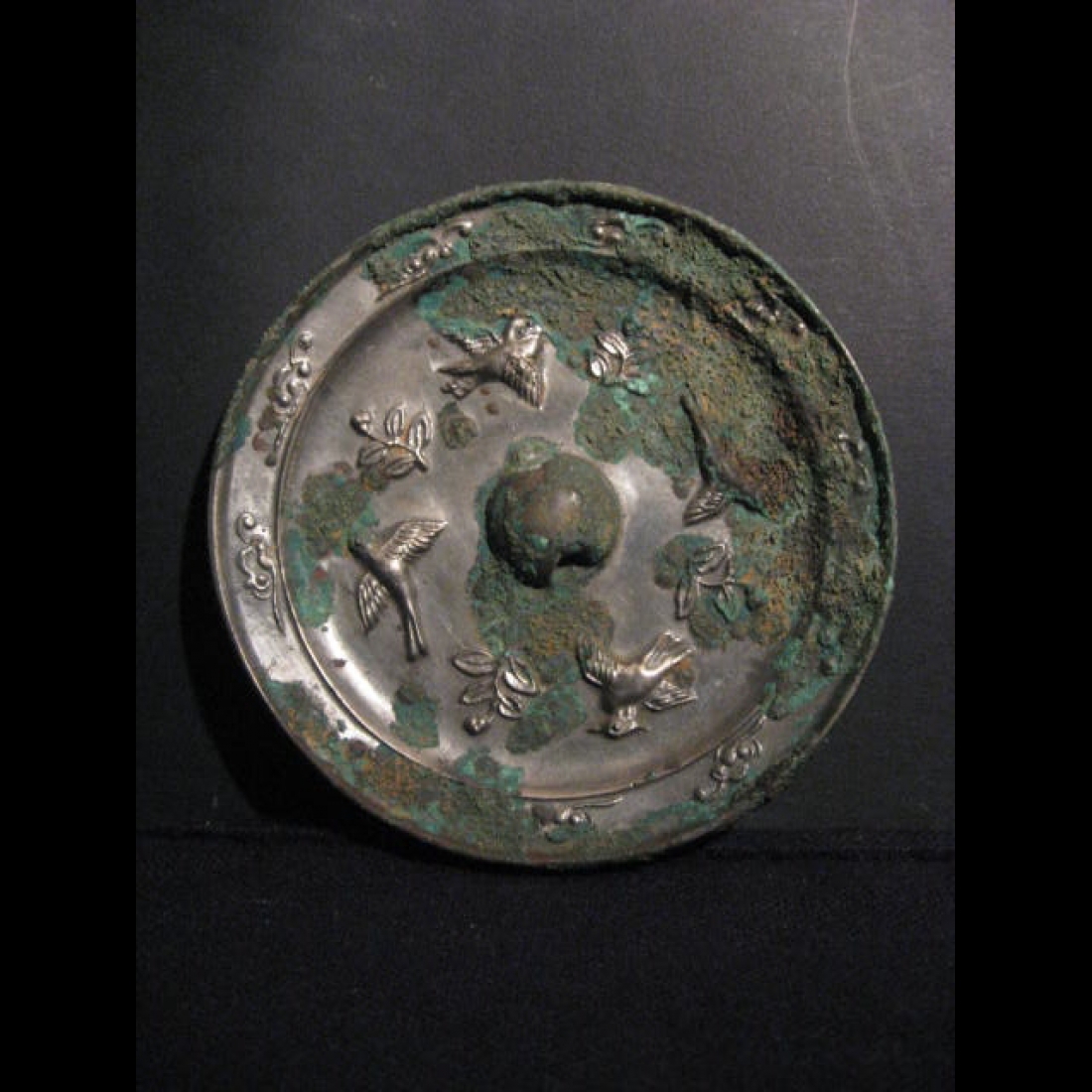 Silvered bronze mirror in the shape of a disk. In the centre a button handle symbolising the North Star is surrounded by two circular friezes: an external frieze made of stylised clouds represents the sky, while an internal one has four different birds and four flowers of the same type. The flowers could be peonies symbolizing spring. The silvery finish is due to a strong proportion of stain in the composition of the alloy. The bronze shows in some areas strong ancient oxidation confirming the dating. It is a collector’s piece of excellent quality.

The use of mirrors could have both a ritual or medical functions; some people used them as talismans, dating back to an ancestral tradition. Court women were much concerned about their appearance and though make- up was not invented under the Tang, it developed considerably under this dynasty. A central hole in the button handle permitted the mirror to be fixed to the wall with a heavy, coloured silk rope. The delightful decoration, composed of a fresh and lively mix of birds and flowers is typical of the Tang times under which the golden age of poetry developed.