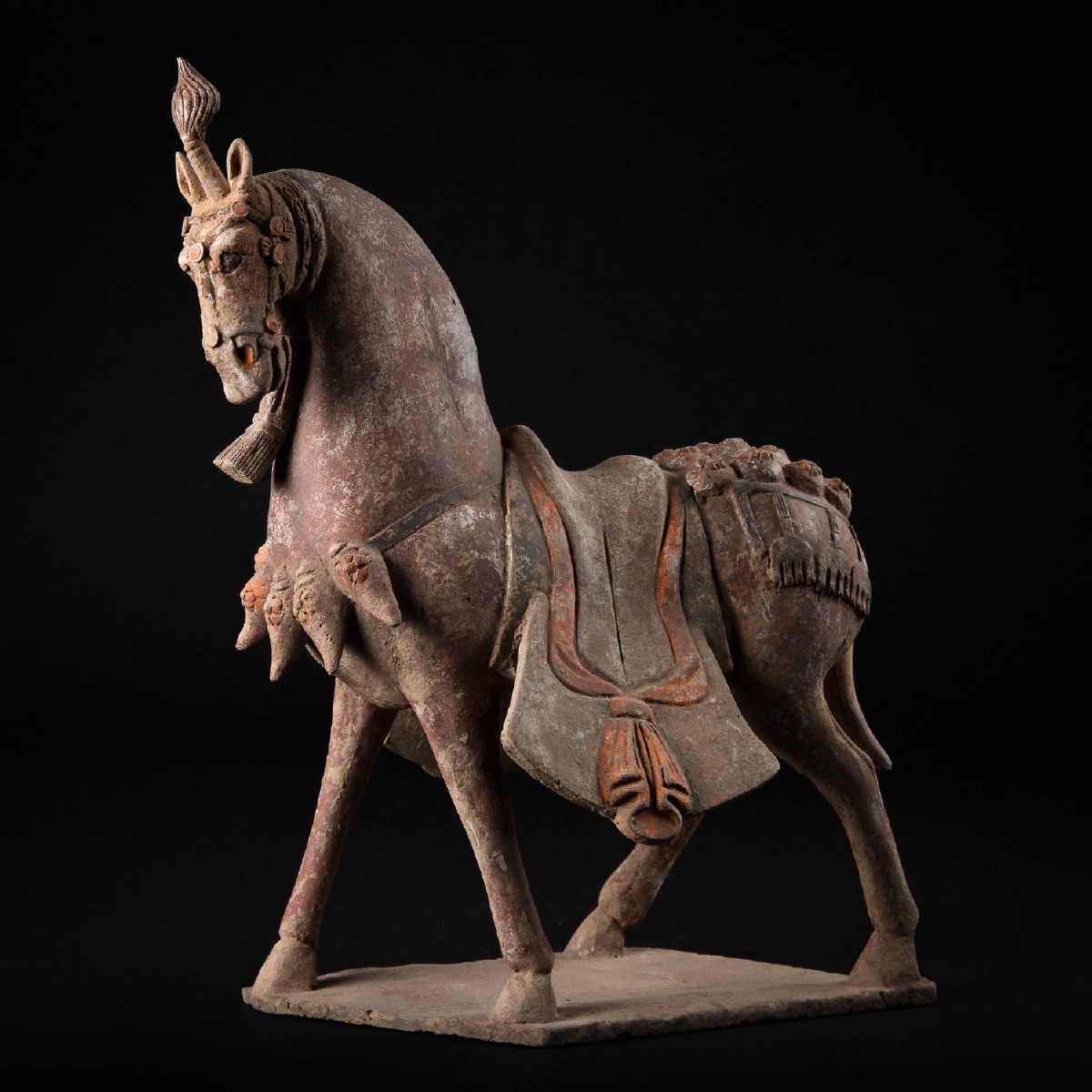 The horse is made of moulded terracotta covered with a brownish grey slip then decorated with polychromatic details. Standing with an attitude characteristic of the period, the animal looks spruce on its very thin legs, the head leaning. The trappings are superbly detailed and the saddle is richly decorated with two fins as mudguard placed on the sides. The head is beautifully decorated with a crest and a crupper bearing cabochons made of trimmings, an habit of that time. Possible ancient repairs, but however excellent state of preservation.

This parade horse is one of the collection’s most beautiful pieces. It stands solid on its legs, which are nevertheless fine, the head bowed, and the trappings superbly detailed. The saddle is richly decorated with little wings forming fenders on the sides, and a long orange bow hanging low. The head and the neck are adorned with plumes and little bells made of trimmings that echo the crupper, which was adorned with trimmings resembling cabochons. The show-off expression of this parade horse, as well as the nervous spirit that extricate out of it are remarkable.