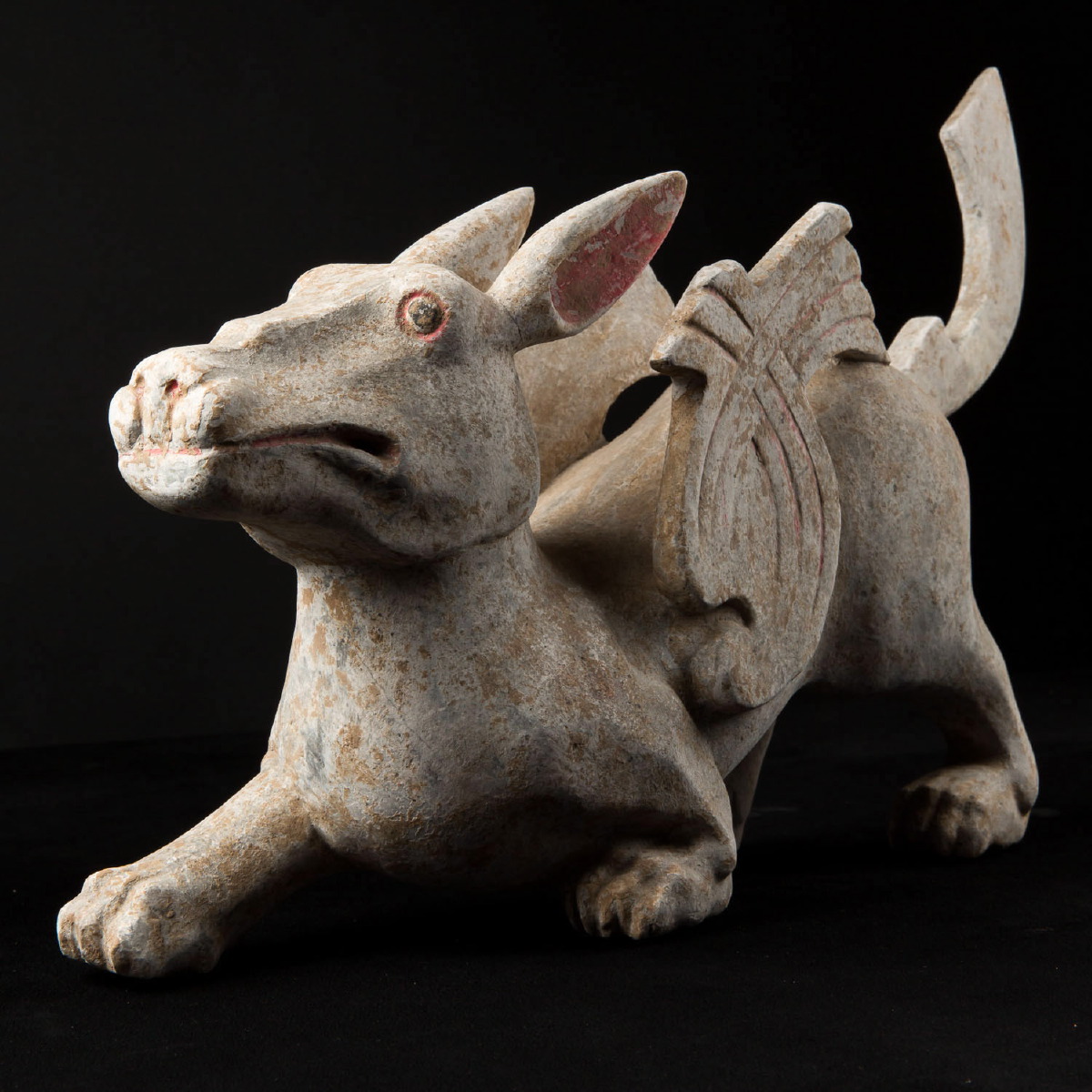 Winged chimera made of greyish beige terra cotta and covered in a white slip with traces of orange paint. The body has more of the aspect of a feline walking attentively, the right paw forward. The head is inspired by that of a rabbit with big long ears, although the squared mussel could be from another animal. The wings are stylized with linear incisions highlighting the shape. The raised flat tail in the form of a hook is very structured. Very fine condition. Possible ancient repairs.

These magic and monstrous beings, a mix of feline with horns, wings or some other strange features, appeared during the period of domination by the Eastern Han. They were created to guard the tombs of senior civil servants. They then completely disappeared for two centuries as a result of sumptuary laws enacted during the Three Kingdoms period (AD 220-280) and the Jin Dynasty (AD 265-316). These chimeras would come back in a much more monumental form under the 5th century, as a special decoration reserved for the imperial family. The development of this representation still today remains an enigma but could be related to an older iconographic and/or symbolic legacy.