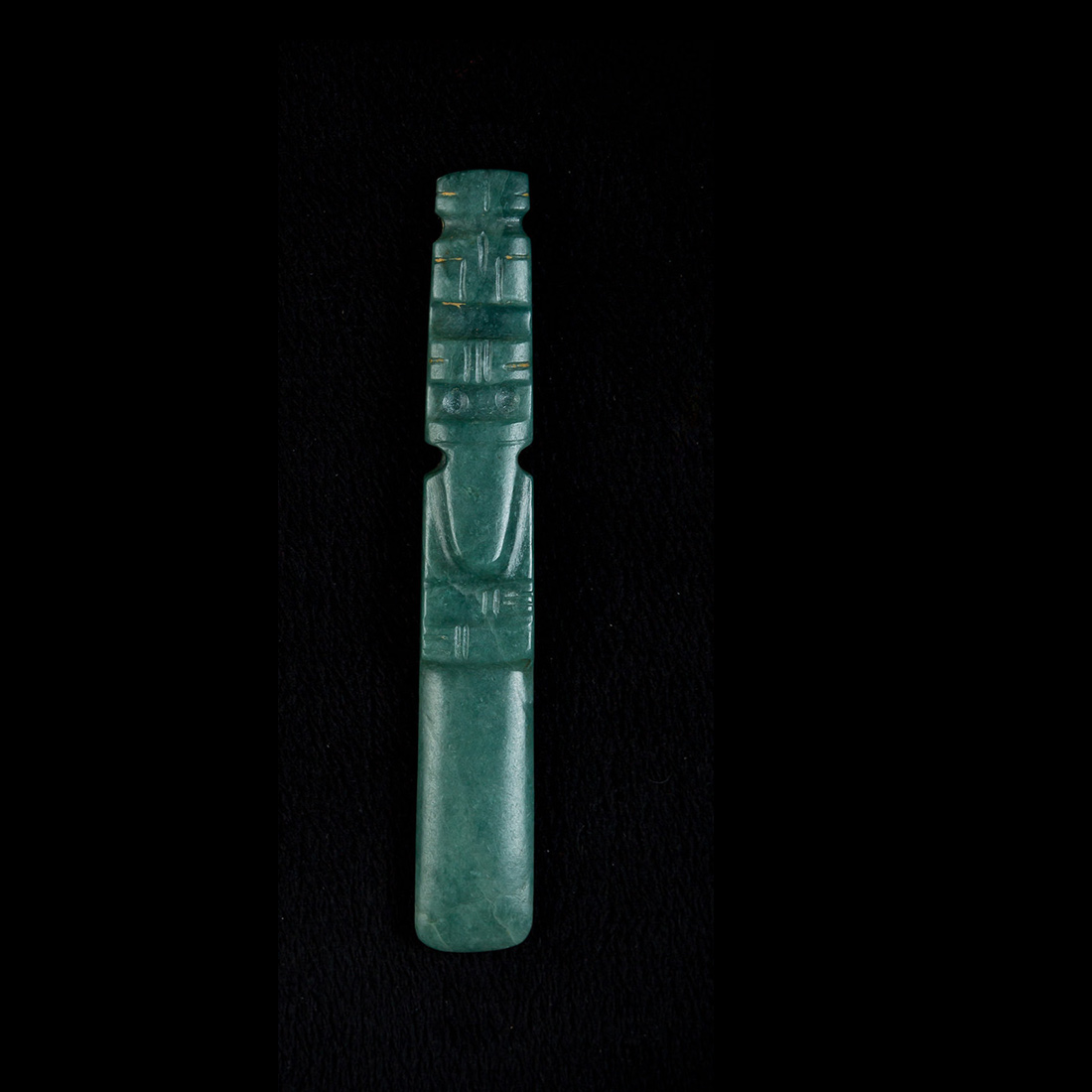 Talismanic pendant depicting the hybrid figure of a man with traits of an opossum, an animal usually associated with fertility. Long, rectangular and narrow in shape, the creature has a head, eyes, a necklace and arms folded on its belly. The last third of the pendant is polished yet un-carved and forms a ritual axe. The Indians worked pre-Columbian jade, which is much harder than Chinese jade with the help of string saws and sand. The pendant is made of a bluish green jadeite with polished light and aquatic reflections. It is pierced with a conical hole used for suspension that would have been carved using an archaic trephine. Excellent state of preservation.