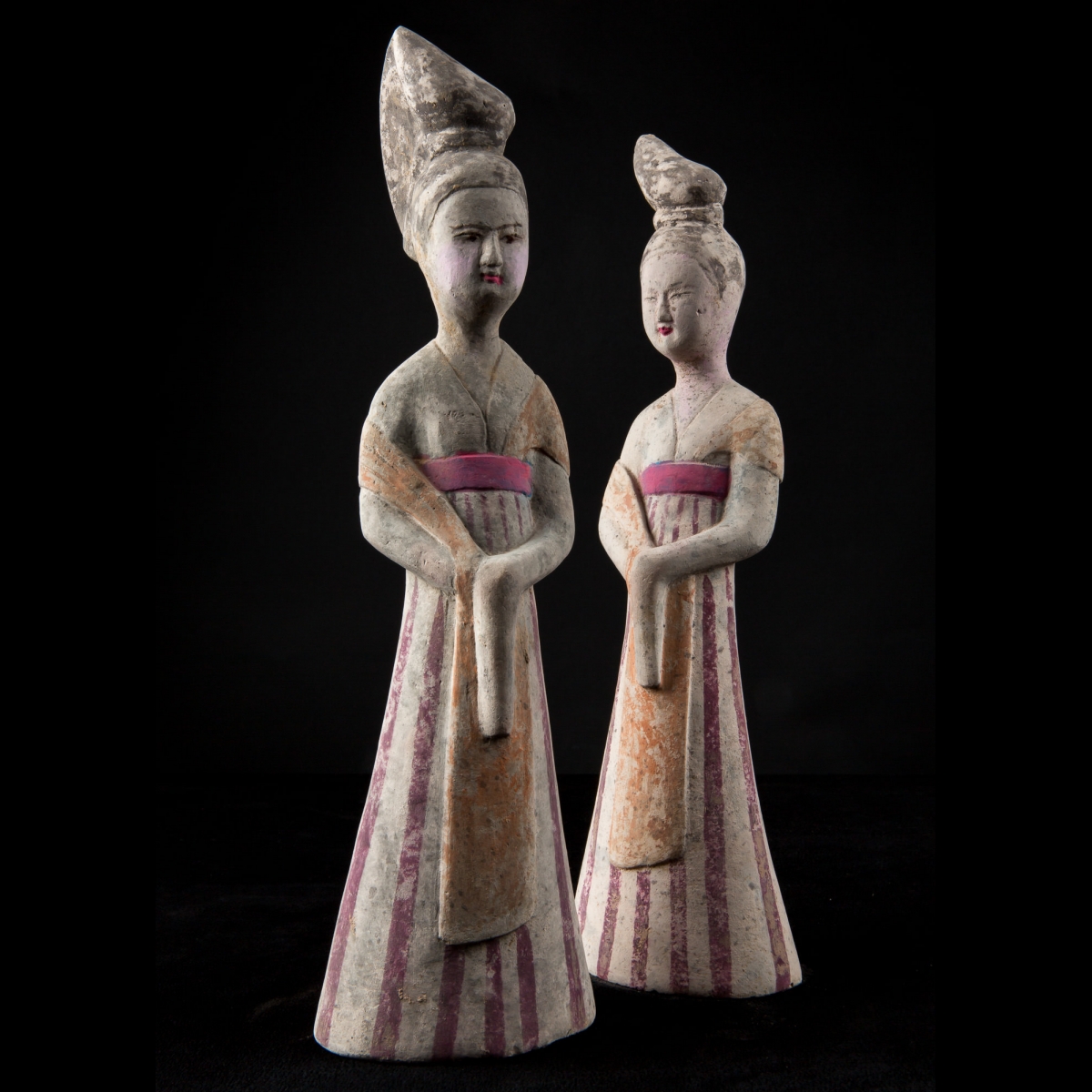 Statuette of a woman, moulded out of beige terracotta and covered with a white slip which has been decorated in various colours. She is wearing a dress with vertical stripes of a lilac colour, with long sleeves, and knotted beneath the bust by a bright pink belt. An orange scarf is draped around her shoulders. The head slightly inclined, she is depicted wearing the “sabre blade” chignon hairstyle, typical of the Tang fashion. The hands are joined at the stomach. The moon-shaped face is very finely modelled and highlighted by fine lines which shape the eyes and eyebrows. The mouth is coloured red.

These ladies of the court are in the typical style of the second half of the 7th century, early 8th century. The use of striped fabric could be a legacy from the population originating from the Hexi corridor which is situated on the Empire's north-eastern borders. This fashion will first spread to Korea and then to Japan. This quite original hair-do was often used for the mingki, which are the statues of substitution placed in the tombs. Some maidservants painted on the walls of the tomb of the princess Yongtai, completed in 706 were similar in style. To create such hairstyle a rigid framework was placed beneath the hair to hold it shaped.