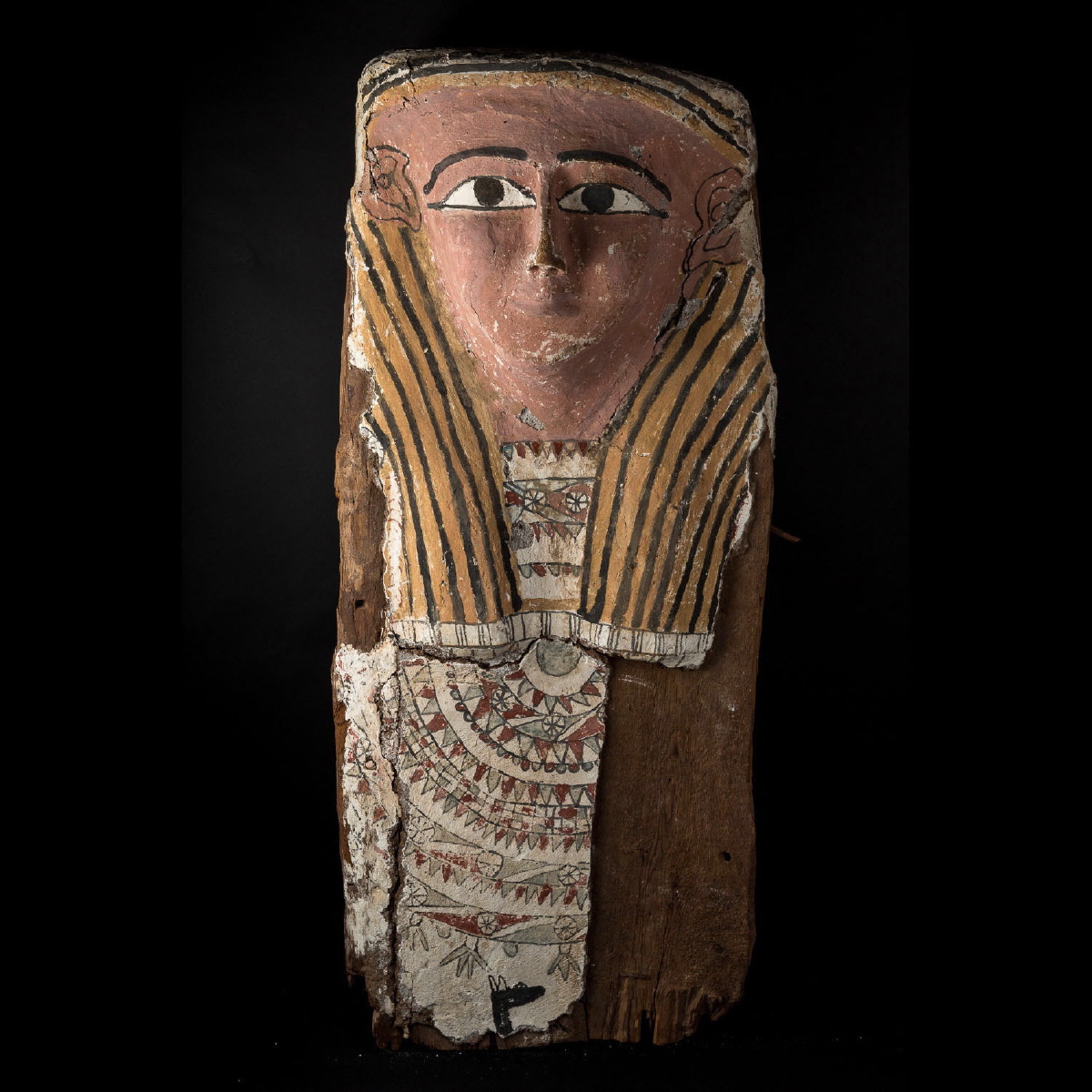 Top of a sarcophagus lid in stuccoed wood. Typical face painted in pink with large crossed eyes highlighted in black and thick eyebrows. Plan drawing of the ears, sign of the “seers”. Nemes with yellow and black uneven stripes (therefore after the 19th dynasty) and two flaps falling onto the shoulders and breast. Wide Ousekh necklace composed of several rows of beads and amulets. Wood was a rare material in Egypt: the acacia, palm, poplar, persea, sycamore and willow not being of an exceptional quality, the necessary assembling of the pieces was a specialist's art. Using small, assembled elements, they made big wood objects and frameworks of which the fragmented pieces were stuccoed. Several fragments of the stucco are missing but the whole remains perfectly decipherable.

The anthropomorphic sarcophagi date back to high antiquity. The Late Period covers the earliest times, from 712 to 332 BC, date of the conquest of the country by Alexander the Great. The period experienced great political instability that obliged it to adapt its technical traditions to economic possibilities. It was first of all marked by conflicts with Assyria and the invasion by Ashurbanipal who destroyed the city of Thebes in 663 BC. It was also the era of the Saïte dynasties, until 525 BC when Egypt became a simple satrapy of the Persian empire.