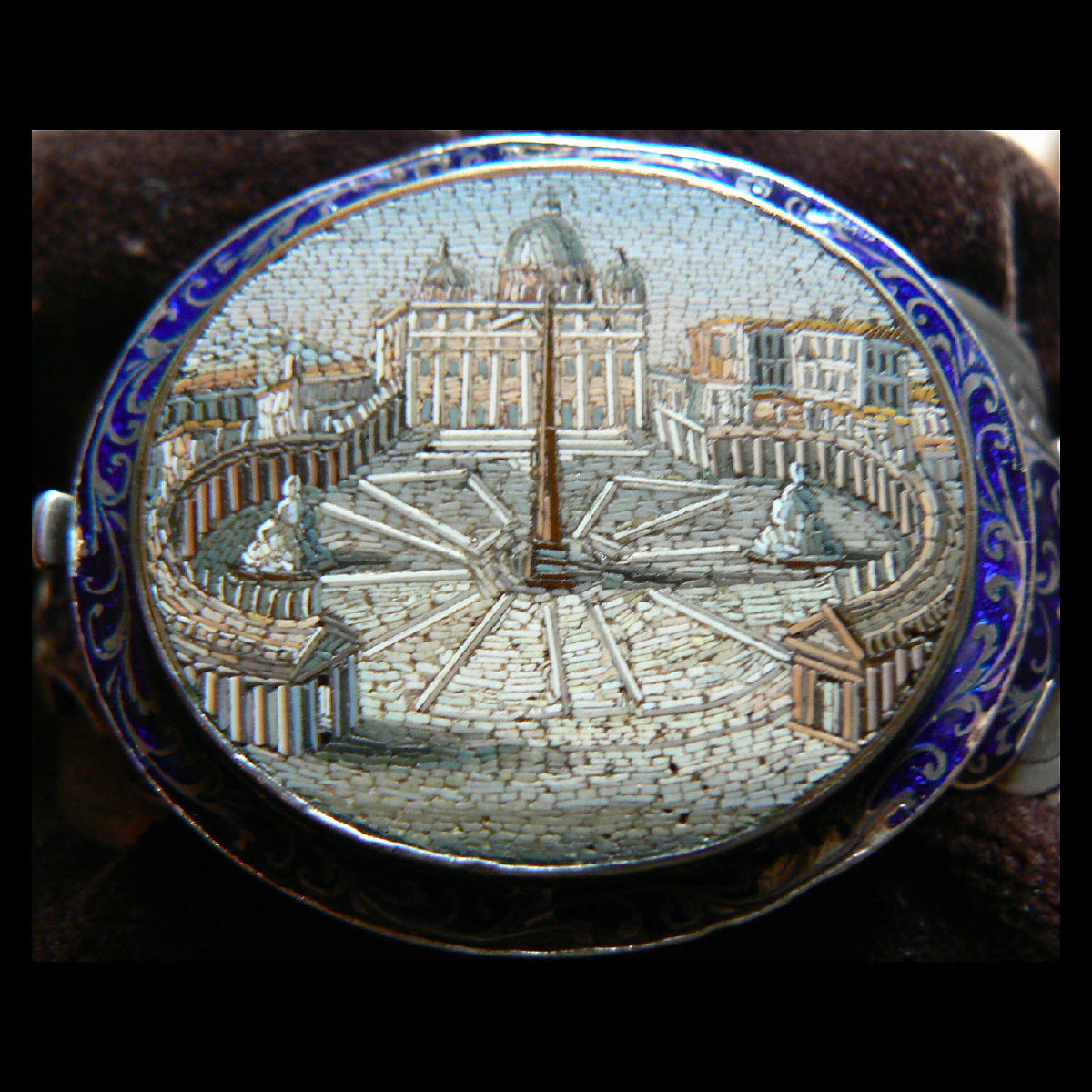 Solid bracelet fashioned in silver. At its centre lies a beautiful oval medallion of a micro-mosaic depicting St. Peter’s Square in Rome. The medallion is surrounded by blue enamel. Micro-mosaics are created using the spun enamel technique, which allows for the manufacturing of tiny tesserae of less than a millimetre. These enamels, which have several mixed colours and varying shades, are called “malmischiati”. These make it possible to highlight even the slightest transparencies of light. The pallet is 10,000 tons and can count up to 560 tesserae per square centimetre. They are embedded in glass or hard stones. A perfect state of preservation.

A true technical revolution allowed for the creation of a micro-mosaic in the mosaic workshop of the Vatican at the end of the 18th century. Cesare Aguatti and Giaomo Raffaelli, two reputed mosaic painters, discovered the means of producing a new type of enamel. Under the first Empire, during the French occupation and up until the 19th century, visitors have been dazzled by this micro-mosaic. They created its success and reputation throughout Europe. It is found on common objects such as jewellery, paintings and furniture. Themes often include Roman monuments, religious scenes or landscapes.