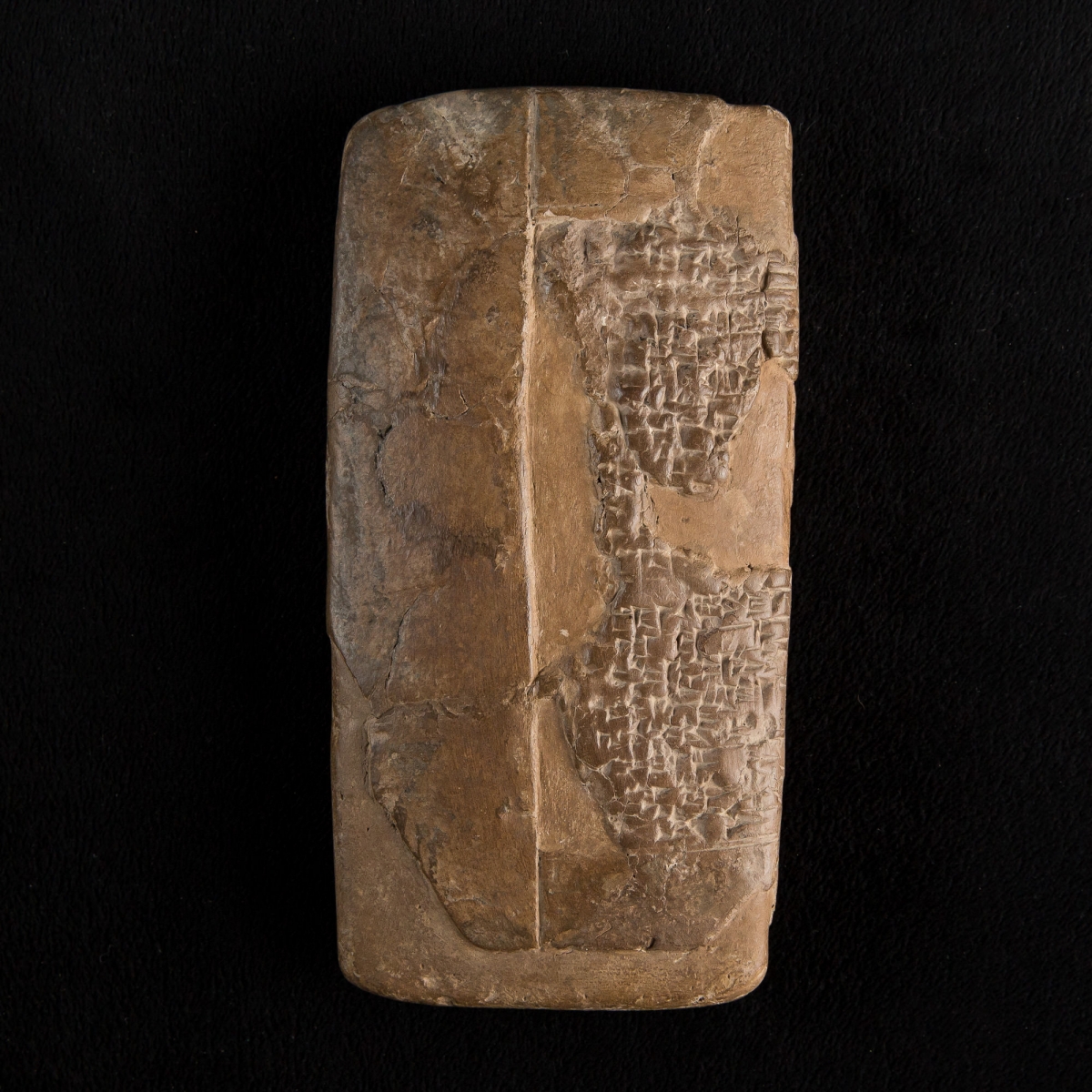 Rectangular clay tablet of a big size, made of pinkish beige clay, either fired or sun dried. (More probably fired due to the result of the thermoluminescent test). It is inscribed with administrative text engraved with a pointed and bevelled stylus cut from reed, bone or ivory. Called cuneiform because of the letters in the shape of coins, “cuneus” in Latin, (name given by the Englishman, T. Hyde, in 1700) this linear writing is read from left to right. Excellent state of preservation, perfectly legible text, one corner is chipped.

Cuneiform writing was created in Lower Mesopotamia between 3400 and 3200 BC. Thanks to its polyphonic suitability, it was adapted to diverse languages of differing structure and articulation, such as Akkadian (Semitic), divided north/south into Assyrian and Babylonian, Hittite (Indo-European), Hurrian, Elamite (southwest Iran), Hattic (Anatolia), Sumerian and the Eblaite of Syria as well as the Urartian of Armenia. A hundred or so characters, out of a total of 600, sufficed for common use. This writing was not reserved just for scribes but was also used by merchants, women and priests. It disappeared in the 3rd century with the Sassanian domination of Babylon that accompanied the appearance of Aramaic as the lingua franca.