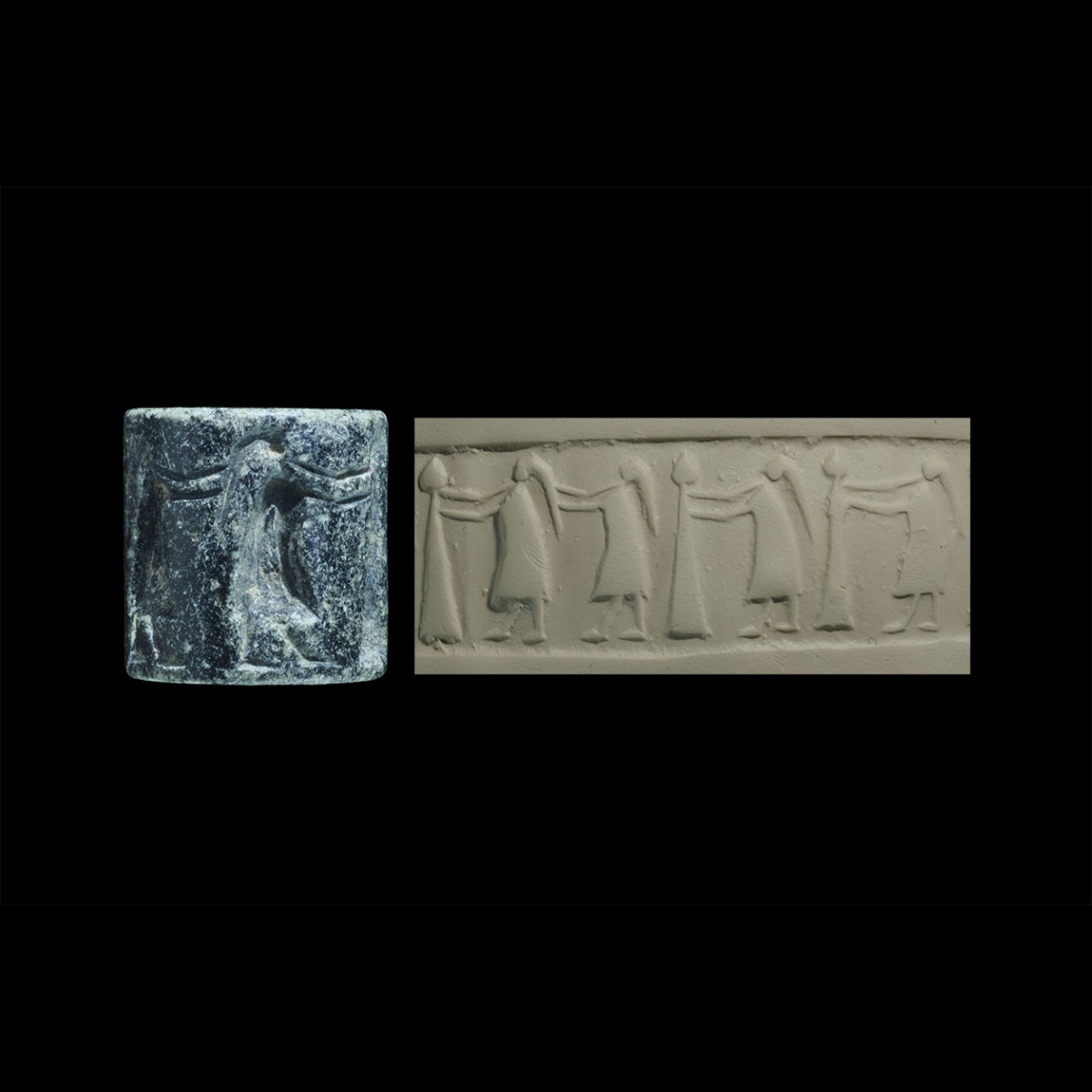 Black stone cylinder seal with a hole running through it and engraved all around with a figurative scene representing two women holding a symbol and a third one holding the braid of the woman in front of her. A woman dressed in a long robe with her hair unattached holds at arm's length an object in the shape of an upside down heart set on a triangle-shaped tribune. The same scene is then repeated with, this time, a second woman, identically dressed and coiffed, holding the braid of the first. The style is quite simplistic. Very fine condition.

The Jedemt Nasr period, from the Iraqi site of the same name, developed around 3000 BC, following the Uruk period. It is characterized by a proto-cuneiform writing with more abstract characters and an iconography both figurative and geometric. The seal was an object of great importance in the societies linked to Mesopotamia. It may have had many uses, either as a signature stamped on administrative documents, as a piece of identity for common individuals or as a ritual offering. Worn as a talisman, it was part of a tiara or became a pendant attached to a string thanks to a central hole. Around the middle of the 2nd millennium, the use of the dynastic seal began to spread, to such an extent that using the seal of his predecessor was, for a king, equivalent to absorbing the former's “virtues”.