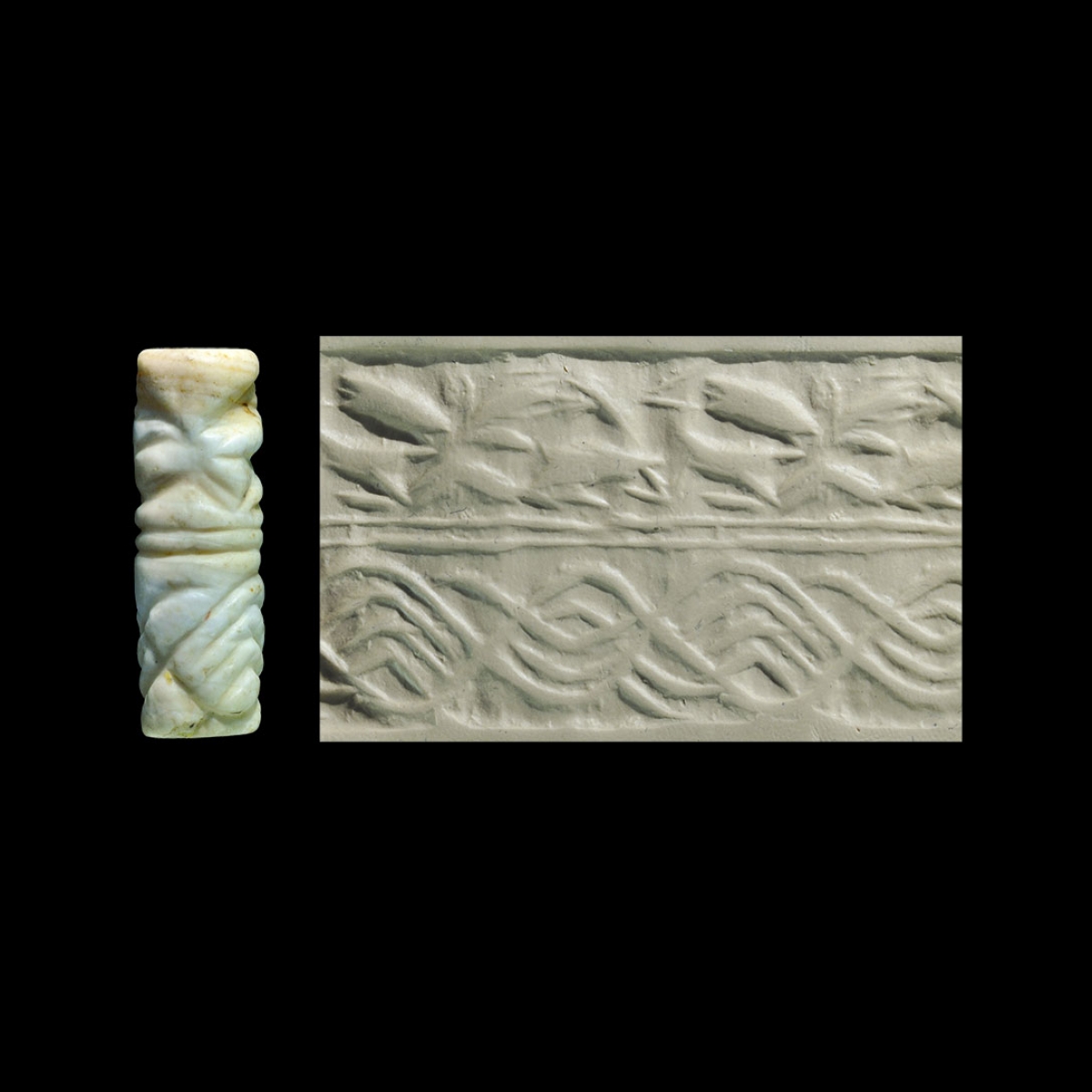 White marble cylinder seal with a hole running all the way through the centre. It is engraved all around with two superimposed registers. The upper band represents a bird with wings spread and two horned animals resting on their legs facing each other. The lower band has a simple intertwining geometric decoration or interlacing serpents. Very fine condition.

The seal was an object of great importance in the societies linked to Mesopotamia. It may have had many uses, either as a signature stamped on administrative documents, as a piece of identity for common individuals or as a ritual offering. Worn as a talisman, it was part of a tiara or became a pendant attached to a string thanks to a central hole. Around the middle of the 2nd millennium, the use of the dynastic seal began to spread, to such an extent that using the seal of his predecessor was, for a king, equivalent to absorbing the former's “virtues”.