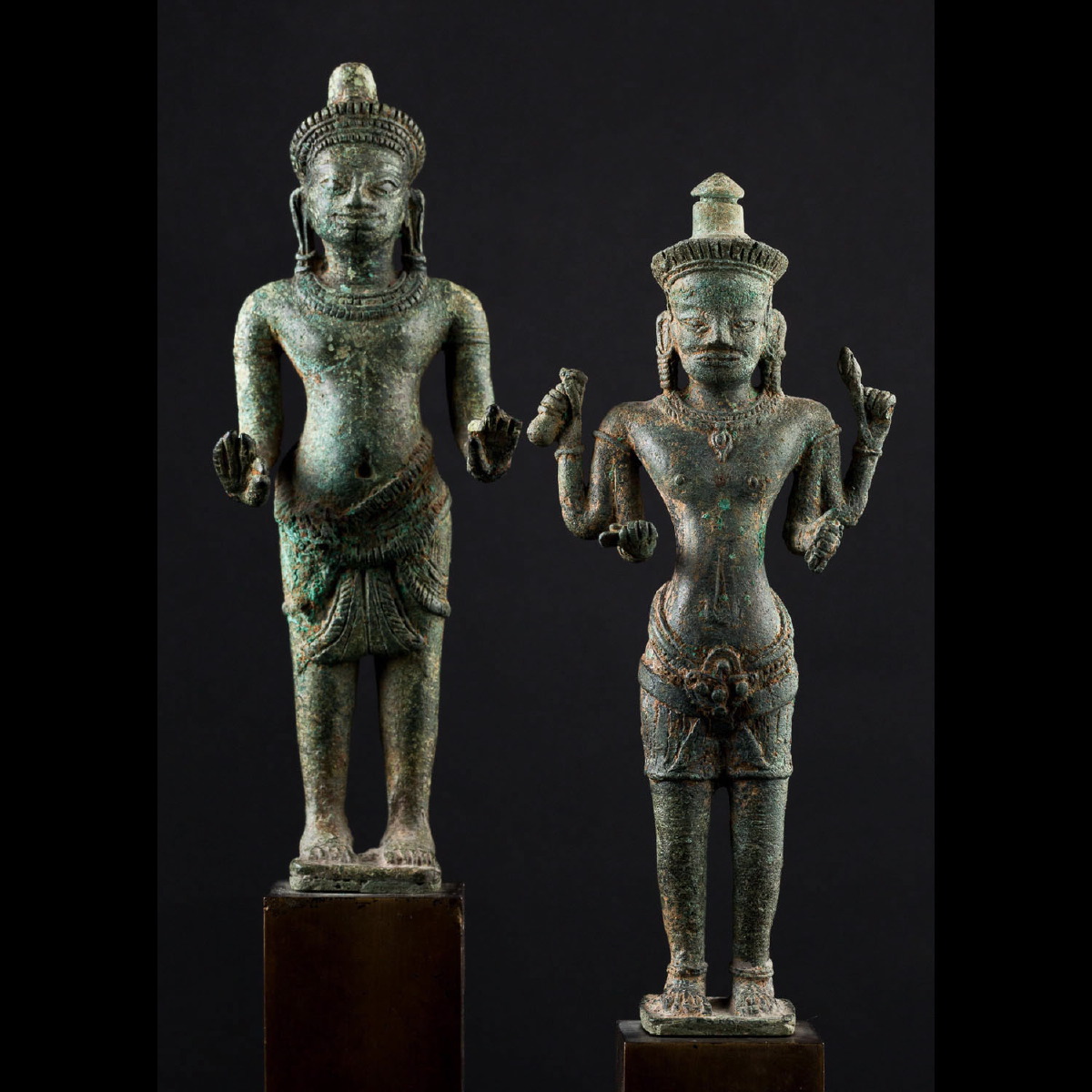 Two statuettes of masculine divinities made in bronze. One is perhaps the Boddhisattva Lokeshvara represented with four arms, chaturbhuja, and holding the four attributes: the pink lotus padma and the rosary aksamala to the left, the book pustaka and the water ewer kalasa to the right. The divinity wears heavy curlicue dangling earrings, a double necklace falling between the shoulder blades, bracelets on the arms and ankles and a richly ornamented belt. He wears a short, low cut sampot, an ascetic's bun cap and a diadem. The other statuette wears a short sampot, low cut over the navel with, on the back, a knot in the form of an anchor. The divinity wears earrings, a necklace, a diadem and a bun cap like a small cylinder with a shape in relief in front that is not possible to define. The cinmudra position of the hands corresponds to the teaching of Buddha through silence and contemplation. The two statues are covered with a heavy green patina typical of the Khmer bronzes. Fine condition.

Even if the attributes are absolutely those of the Boddhisattva Lokeshvara, the absence of the miniature image of Amitabha in front of the bun cover does not permit to completely identify the first statuette as this divinity. He was one of the major objects of worship during the reign of Jayavarman VII (AD 12th cent.), after his death, his father having melted into Lokesvara. An ancient link exists with the Brahman god Shiva, expressed through the use of the jata. At the same time, a symbolic relationship has also been established with Vishnu, the master of energy, who is also the origin of life and power.