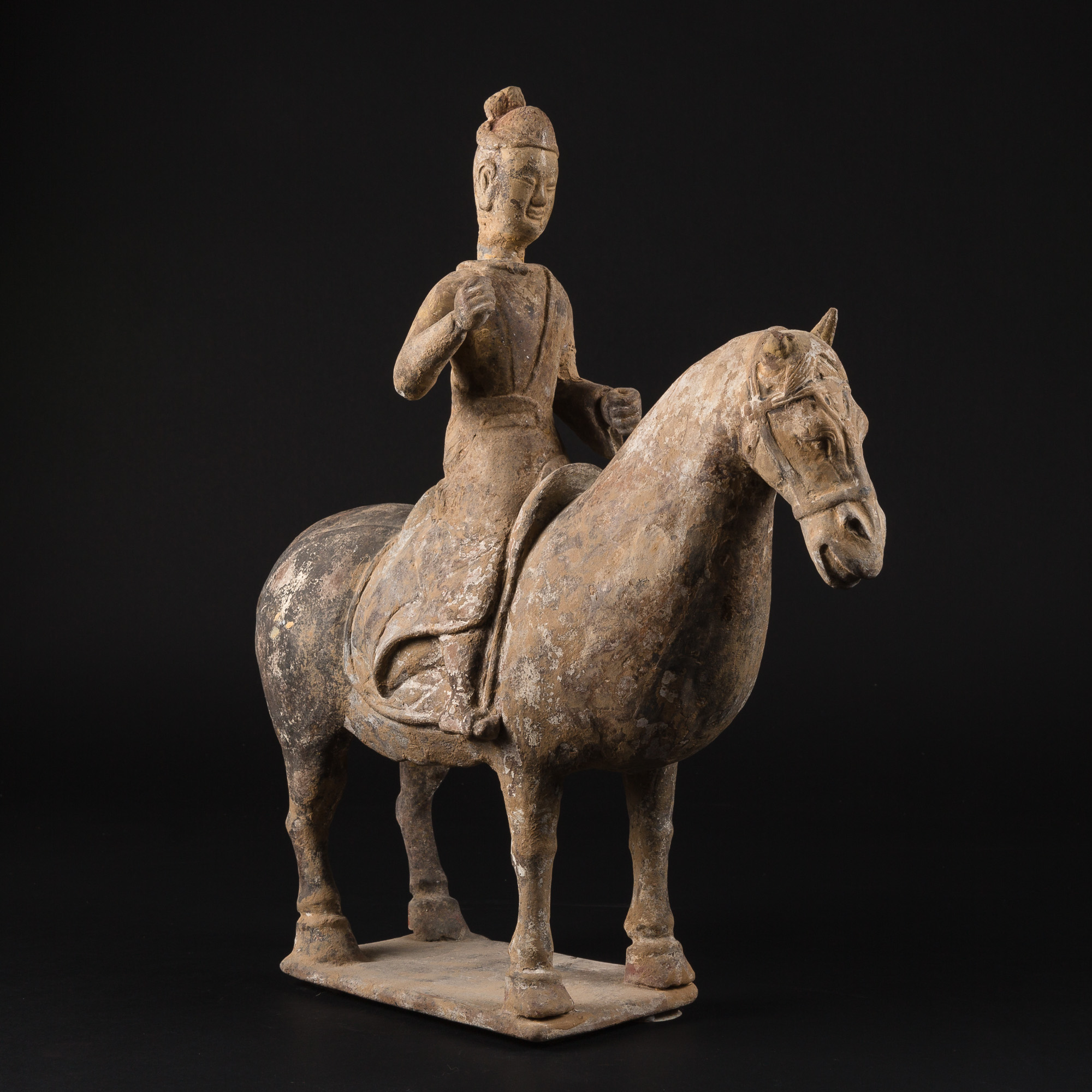 the horse and rider are molded in a dark and fine grained terracotta. The horse is typical of this era with a very broad chest and short strong legs attached to a terrace. The rider is outfitted in traditional attire consisting of a crossed tunic that falls over leggings. One find here the characteristic silouette of the Wei, very cleary drawn upwards with a perfectly flat back.

the Wei dynasty was founded by people of Turkish-Mongol origin known as the Tabghatch or Toba, who broke with the Han people who represent the main strain of population in China. As followers of the Taoist faith, this was a hard people whose crown prince asked his mother to commit suicide when he ascended to the throne. The Northern Dynasties Beichao 北朝 (386-581) is a series of dynasties that ruled over northern China, while the south was ruled by the so-called Southern dynasties南朝 (420~589). Both groups of dynasties are called the Southern and Northern dynastiesNanbeichao 南北朝 (300~600). The period of the Northern Dynasties begins either with the foundation of the non-Chinese Northern Wei dynasty in 386, or in 439, the year of the reunification of northern China by the Northern Wei, and ends with the foundation of the Sui dynasty隋 (581-618) that eventually reunited the whole of China. The 5th and 6th century is therefore called the era of the Southern and Northern dynasties南北朝 (300~600). Except those of the Northern Qi Dynasties北齊 (550-577), all rulers of the Northern Dynasties belonged to the people of the Tabac拓跋, a tribe of the steppe federation of the Xianbei鮮卑. Their dynasties were the Northern Wei北魏 (386-534), Western Wei西魏 (535-556) and Eastern Wei東魏 (534-550), and the Northern Wei北周 (557-581).