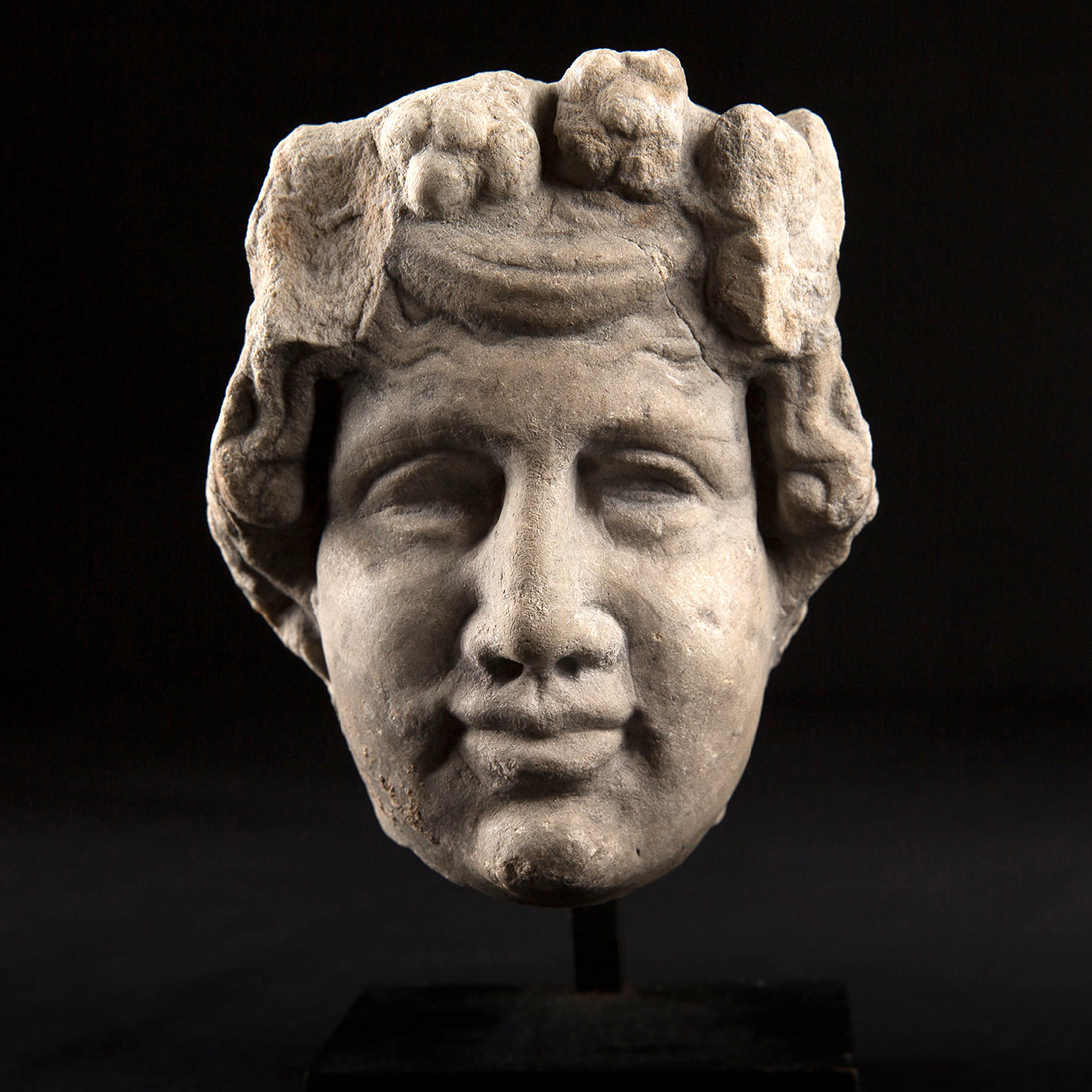 Head in white marble representing Dionysus, sculpted in the round. The sensual face has large, deeply engraved eyes, fleshy lips, a slightly flattened nose and thick hair. Many signs of an old patina. In the hair, we can see ivy berries, one of the god's traditional attributes, symbol of his eternity because the ivy's leaves are always green. According to mythology, ivy berries were used to concoct a beverage drunk by the Maenads who then entered into a trance. The sculpture presents some signs of erosion and scratches due to age and is missing fragments in the hair and on the nose.

In Greek mythology, Dionysus (in ancient Greek Διώνυσος / Diốnusos or Διόνυσος  Diónusos) is the god of the grapevine, wine and its excesses, vital fluids (milk, blood, sperm), madness and extravagance, as well as theatre and tragedy. God of inebriation and ecstasy, it is thanks to him that his followers overcome death. He is the son of Zeus and the only god born of a mortal mother, Semele. Essentially a wandering god born in Pakistan, he does not live on Mount Olympus. He was adopted by ancient Roman under the name of Bacchus (from the ancient Greek Βάκχος / Bákkhos, one of his other names), associated with the Italic god Liber Pater. His cult first developed along the eastern rim of the Mediterranean basin, in Persia and in Asia before arriving in Greece.