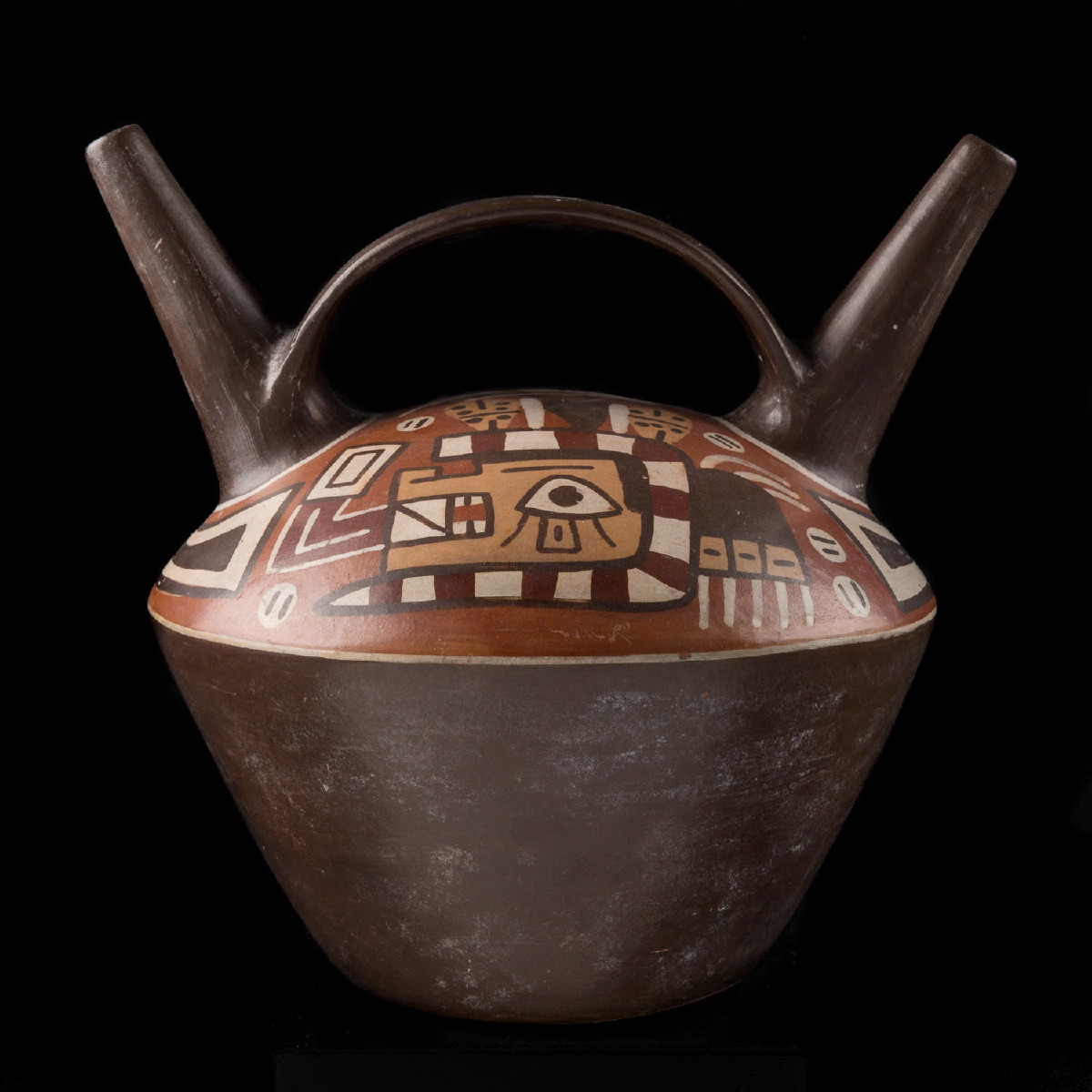 Double spouted vase with beautifully decorated central handle in keeping with Nazca cultural tradition. Made in a red and glazed terracotta and painted before firing with tones of red, brown and black. The lower body is solid brown. On the shoulder there is a unique and symmetrical geometric decoration on both sides, probably an asymmetrical animal is also depicted. Both spouts are thin, perfectly symmetrical and painted in solid brown. Excellent state of preservation.

Tiwanaku is believed to be one of the oldest cities in the world, dating back 10,000 years. Located west of Bolivia, it was a port town on the southern shore of Lake Titicaca. This pre-Incan civilization will fade away in the 12th century. It is similar in many respects to the Huari civilization with which is it often referenced.

Although a date of extreme antiquity is often suggested, carbon-14 dates from the site place the construction at no earlier that 1,700 BC. A date which was greatly contested by the Archaeologist Posnansky who spent 50 years researching the site, and who became determined through archaeo-astronomy that it was either built at an earlier time, or built over pre-existing constructions (also from an earlier time).

Prof. Posnansky summed up his 50 year study in a 4 volume work entitled Tiahuanaco, The cradle of American Man first published in 1945. He based his theories on the astronomical phenomena known as "obliqueness of the ecliptic" (not to be confused with the other astronomical phenomenon known as "Precession". Since the Earth is tilted on its axis in respect to the plane of the solar system, the resulting angle when viewed from earth causes the planets of our solar system to travel across the sky in a line called the plane of the ecliptic.